A 20mph speed limit is  expected to be announced for New Street in Margate tonight (June 7).

County Councillor Barry Lewis has been campaigning for the lower limit in the road since being elected last year. He said talks with Kent County Council highways officers have now proved successful with approval of the scheme to go forward due to be announced at this evening’s Joint Transportation Board meeting.

The road, which runs between Hawley Street and the High Street, is often used as a rat run and residents say there have been several near-miss accidents.

Some surrounding roads, including the High Street, already have a 20mph limit.

Cllr Lewis said: “I have been told my lobbying has been successful and plans will go forward between now and the next financial year, although it will have to wait its turn.

“I raised the issue at the last JTB meeting (in December) and the officer has now told me it has been approved in principle.

“There is no pavement on that road and the rest of the area does have a 20mph limit. New Street has been used as a rat run so this speed limit will hopefully improve the quality of life for the shop owners in the street and their customers.”

The Joint Transportation Board, where members will also discuss the controversial plans to change many free parking bays on the isle to pay and display, takes place at Thanet council at 7pm. 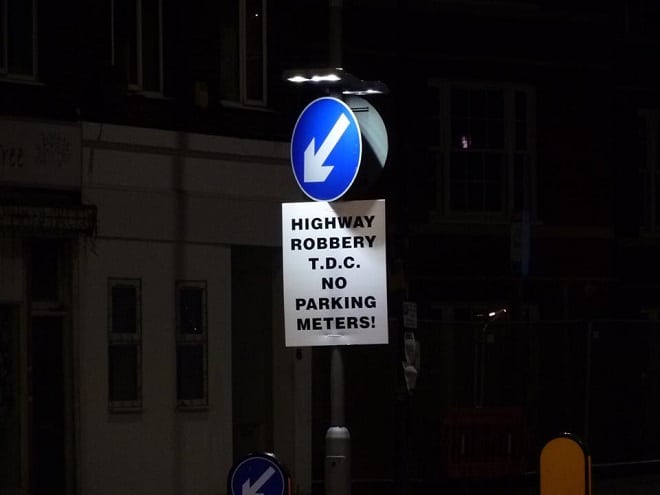 The meeting is expected to attract an audience, including many Westbrook traders and those from other towns and villages in Thanet who are holding a protest march against the pay and display plans.

The march leaves Goodwins Tools, opposite the Old Sea Bathing Hospital on Canterbury Road at 6pm to head to the TDC offices. All are invited to take part.