People in Thanet can save stroke services in Margate hospital — but only by fighting for them.

That’s the message of a one-day conference organised by campaign group Save Our NHS In Kent (SONIK). It will be held in Ramsgate on Saturday, June 23.

The NHS in Kent and Medway – which includes all 8 Clinical Commissioning Groups – Bexley in south east London and the High Weald area of East Sussex consulted on the proposals earlier this year. 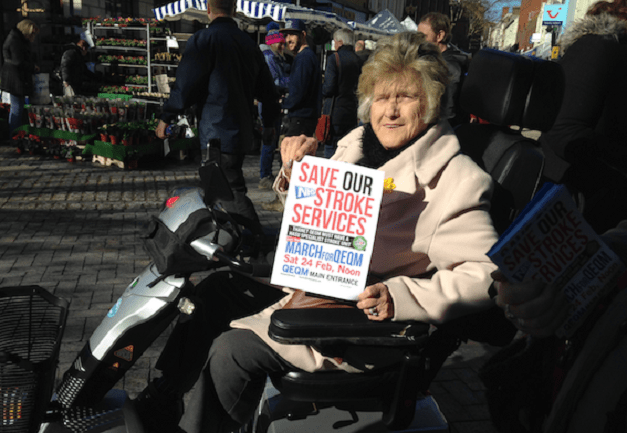 SONIK say they will be highlighting successful examples where local communities have fought and won the battle to save vital hospital services.

A spokesperson said: “We will putting forward a strong message. People in other parts of the country have saved their stroke services and so can we.”

In a statement of support for the conference Dr Louise Irvine, of the Save Lewisham Hospital campaign, said community action could help keep services at QEQM in Margate.

She said: “Stroke services are incredibly important, and it’s really important the whole of the community gets together to defend their local services.

“We did that in Lewisham, we fought and we saved our local hospital. And we did that by having a huge community campaign that involved the whole population, and everybody we knew that worked in the health service locally, and that’s how we won in the end.

“So, I think, Margate, if you want to save your stroke services, you’ve got to get a really big community campaign going here.”

The conference will also be addressed by Dr Eric Watts, who last year took part in a successful campaign to save the accident and emergency department of Southend hospital. 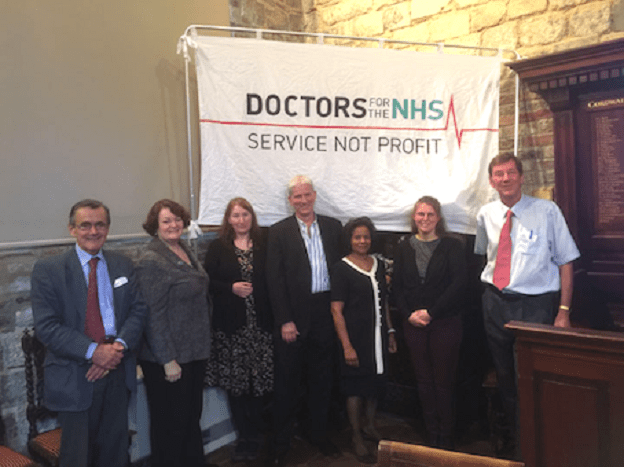 Dr Watts is a member of Doctors for the NHS, a national group campaigning for the restoration of the NHS as a publicly funded, publicly provided and publicly accountable service, with the slogan “Service before profit.”

A spokesperson for  SONIK said: “NHS bosses seem to have acted as though closure of stroke services in Margate hospital is a foregone conclusion. This conference will demonstrate that they can be saved, but this will take a major effort on the part of people in Thanet and across Kent. If you want stroke services to stay in your area, please come.”

Other speakers at the conference will include journalist and campaigner, Peter Stefanovic, NHS campaigner and film-maker Dr Bob Gill, Dr Coral Jones of Keep Our NHS Public, and Rebecca Gordon-Nesbitt, Labour’s parliamentary candidate for South Thanet. 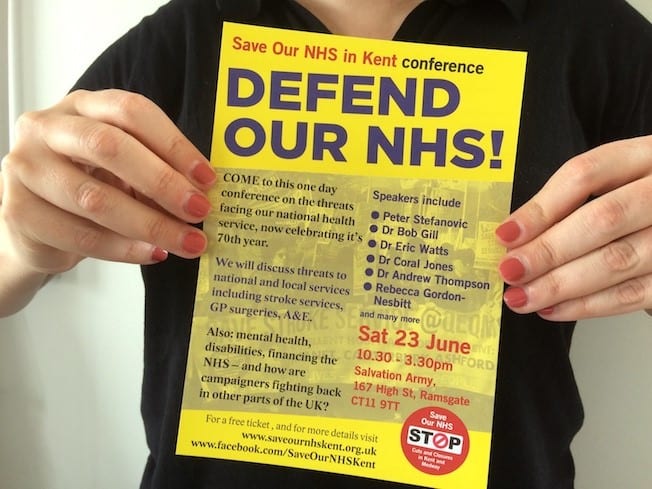 The Defend Our NHS conference will be held from 10.30am to 3.30pm at Ramsgate Salvation Army, 167 High Street.

Tickets to the event are free but space is limited and may sell out, so those interested are advised to book ahead on https://bit.ly/2rN6jMb or visit the website www.saveournhskent.org.uk or Facebook on https://www.facebook.com/events/186866601944551/