The Shell Grotto in Margate is getting ready to celebrate 180 years of being open to the public.

Discovered in 1835, Margate’s Shell Grotto is 21 metres of winding passages decorated with 4.6 million shells. The walls are covered in images of gods and goddesses, trees of life and patterns of whelks, mussels and oysters. It terminates in a rectangular room, referred to as The Altar Chamber.

The earliest reference to the discovery appears in an article in the Kentish Mercury in 1838, announcing its forthcoming opening as a public attraction. It has remained in private ownership ever since.

To mark the very first entrance fee, recorded as one shilling, Grotto owner Sarah Vickery has come up with a special way of celebrating the landmark birthday.

She said: “We are excited to celebrate our 180th anniversary of being open to the public. Our archivist recently discovered a news report in the 1838 Kentish Mercury, announcing the opening of the ‘Ancient Grotto’ on Whit-Monday next. The report was dated  June 2, 1838, which allows us to date the official opening of the Shell Grotto to Monday, June 4, 1838…180 years ago! 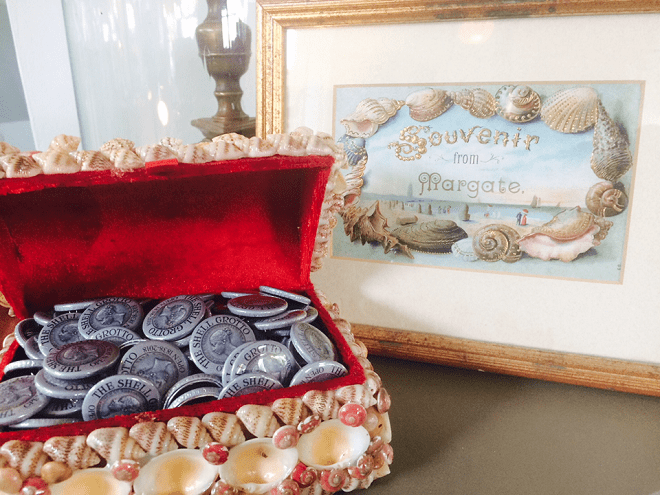 “The admission price in 1838 was one shilling, with children half price. To mark our 180th anniversary we will be giving visitors to the Grotto a limited edition ‘Grotto Shilling Badge’. These will be given out during the half term week of May 28- June 4 inclusive.

“We’ve got 999 of the shilling badges to give away – we’ve kept one for the archive – so don’t miss out on your chance to be part of Grotto history.”

The most frequently used shells in the site are mussels, cockles, whelks, limpets, scallops and oysters. They are largely local. They could have been found in sufficient numbers from four possible bays: Walpole Bay in Cliftonville; Pegwell Bay, Cliffsend and Sandwich Bay.

The majority of the mosaic is formed from the flat winkle, which is used to create the background infill between the designs. This shell is rarely found locally so would have been collected from shores west of Southampton. There are also some exotic shells such as Queen Conchas from the Caribbean in the Altar Room.

The Alice in Wonderland novelist described it in his diaries as “a marvellous subterranean chamber, lined with elaborate shell-work”.

The Grotto was damaged during an air raid in the Second World War and it was this damage that prompted the first listing of buildings that were deemed to be of particular architectural merit by Historic England.

There are estimated to be less than 10,000 Grade I listed buildings in England and the Shell Grotto is probably one of the smallest!

Some think the site is an ancient Pagan grotto, others that it is simply an ornate Regency folly, although it lies under former farmland that was never part of an estate. Its true origins have never been discovered.

The structure has suffered the effects of water penetration but was removed from the Buildings at Risk Register in 2012 after a five-year conservation programme, carried out in partnership with English Heritage. A scheme to sponsor replacement mosaic panels – The Roundel Project – was established in 2012. 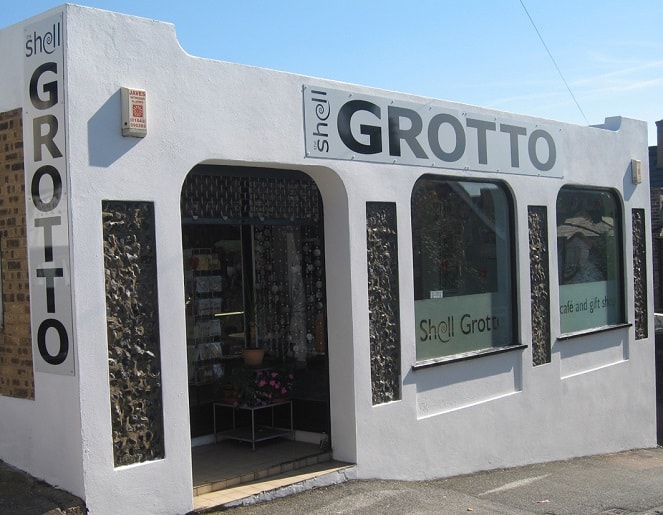 The Friends of the Shell Grotto were formed in 2008 and are a not-for-profit trust established to promote, conserve, and preserve the Grotto as a unique historical monument.

When is the Grotto open

Every day 10am to 5pm until October 28. Winter opening hours are weekends 11am to 4pm.