Flowing locks and a bluesy, rock ballad undertone can pretty much sum up the appeal of Ramsgate band Collateral and their new release, the debut single and music video, Midnight Queen, which comes out today (May 11).

The rock group, fronted by the enigmatic Angelo Tristan, and members Todd Winger (guitar), Jack Bentley Smith (bass) plus a session drummer following the exit of Keiran Gaffney, will celebrate the launch with a headline gig at Camden Rocks, London, tomorrow night. They will be joined by Vivanne Leonard, MD of the band’s record label Roulette Media.

The single is gaining airplay the length and breadth of the country and the video has been picked up by American music channel, Ditty TV.

Angelo said: “The reason we chose this one (to be the debut single) is that it relates to me but in a different perspective to others.

“It’s not your generic love song, to me it means one thing whereas to others it means something totally different.

“There’s a sound that we’ve developed that you can see come to the fore in this particular track.”

Having built up his image since moving to Thanet in 2014, Angelo has released singles as the Angelo Tristan Band, whilst also touring the United States, working with session musicians.

Now, since the band rebranded as Collateral in March, opportunities have been arriving thick and fast and they are hoping for even bigger things for 2019. 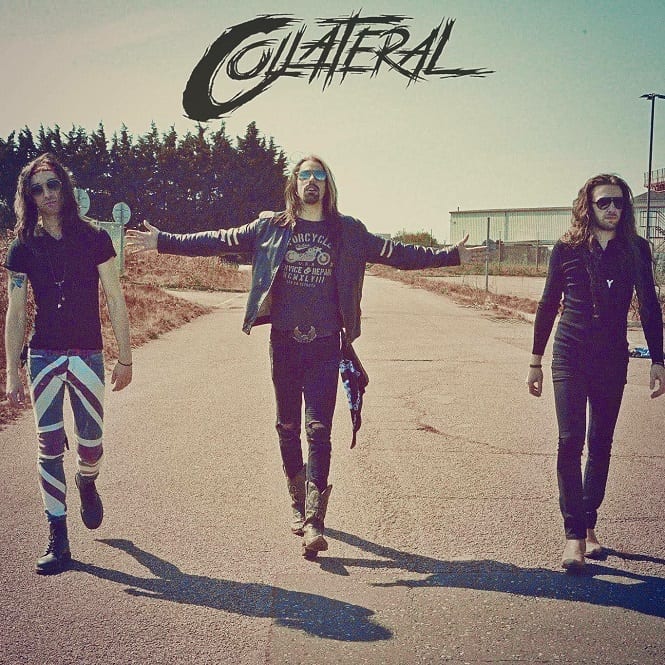 Angelo said: “We’re looking at bigger venues around the country next year.

“There’s a little bit of a transition period at present but we’re putting ourselves in positions where people will want to pay to come and see us.

“There’s a global market, not only for Midnight Queen, but for Collateral and I’ve noticed a lot of late that success appears in weird ways and that’s what’s happened with this.”

The lads are documenting themselves in behind-the-scenes, uncut, fly-on-the-wall ‘Rough Cuts’ with Collateral which can be see on their YouTube channel here

Angelo said: “We have a bond, a strong, tight unit.

“There were issues in the past but, once Todd arrived, that’s when the record label  picked us up.

“We now have the perfect line-up, and this is the perfect time to release the debut single.”

Mixed and recorded at Ten 21 by Sean Kenny and mastered by grammy award nominee, Robin Shmitz, of 24-96 Mastering in Germany, Midnight Queen is available now from www.roulettemedia.uk/releases and all reputable streaming and download stores, such as Amazon and iTunes. 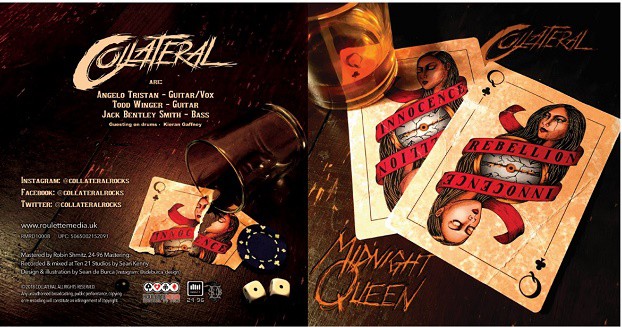 Also available from Roulette is a limited edition CD with an A3 signed poster, cards and stickers.

Single artwork is by Sean de Burca who has worked closely with Collateral and Roulette.