‘Space rock’ band Hawkwind will be performing at Dreamland this Summer and, although only one of the original members remains, it is a kind of homecoming.

Research by Margate writer and artist Dan Thompson reveals how one-time Hawkwind frontman Robert Calvert had dreamed of being in a band while working at the theme park.

Dan came across the Thanet connection while researching Dreamland Trilogy – three books published by Dreamland Trust. Although the Hawkwind connection didn’t make the pages of the trilogy Dan kept the research.

Here he explains what he found:

“For Margate residents of a certain age, the announcement of a Hawkwind gig at Dreamland will bring back memories of the bands earliest days in the town. Members Robert Calvert and Nik Turner were both Margate residents.

Calvert had previous form, as a member of a local Mod band. “My first band was when I was 15,” he remembered later, “It was called ‘Oliver Twist and the Lower Third’ and we played round the Margate dancehalls.” In 1964, the band had a summer residency at Cliftonville Hall, now with a new singer. ‘Oliver Twist’ had been replaced by young Ace Face Davy Jones – who later changed his name to David Bowie. 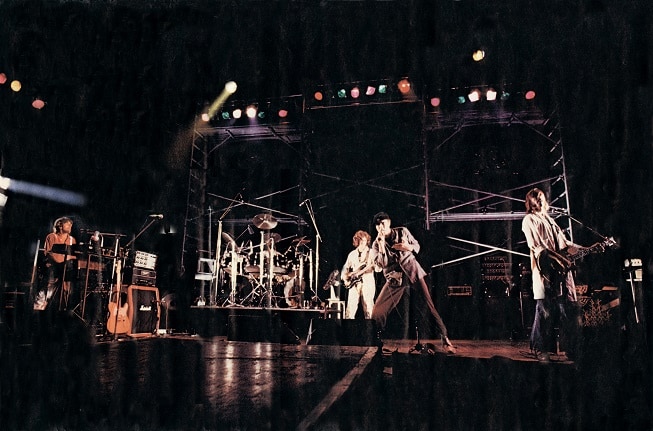 But by 1969, Calvert was without a band and had been left a guesthouse in Hawley Square. What quickly became a bohemian hangout for local hippies, is now boutique b&b The Reading Rooms.

“I worked in Dreamland, the amusement park in Margate – did a bit of work on deck-chairs, beach photography and that sort of thing,” Calvert recalled. Meanwhile “Nik Turner was selling funny hats.”

The history of Hawkwind dates the band’s formation to 1969.

Dave Brock and Mick Slattery and bassist John Harrison were joined by drummer Terry Ollis and, soon after, Nik Turner and Michael “Dik Mik” Davies, for the formation of the band. Calvert joined them some three years later.

Calvert said “Nik, DikMik and myself used to talk about the sort of band we would get together if we had half a chance.”

Hawkwind, mixing hard psychedelic rick with science fiction themes, turned out to be the band they both joined. After a few years hard touring, playing dozens of gigs every month, in 1972 the band returned to Dreamland, for a benefit gig in the Ballroom. 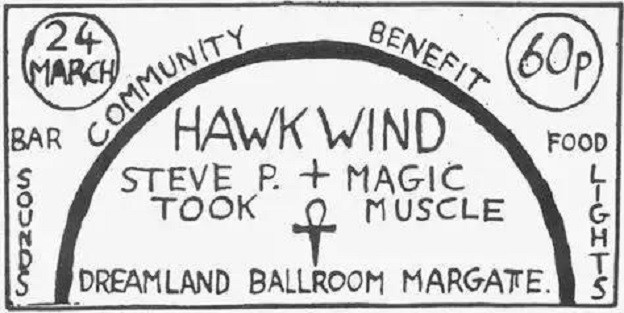 Calvert died in Ramsgate in 1988, and Turner hasn’t played with Hawkwind for more than 30 years.

So while the local connection is lost, when Hawkwind play Hall By The Sea (formerly known as the Ballroom) on Friday, July 20, for local fans it will still be a homecoming of sorts.” 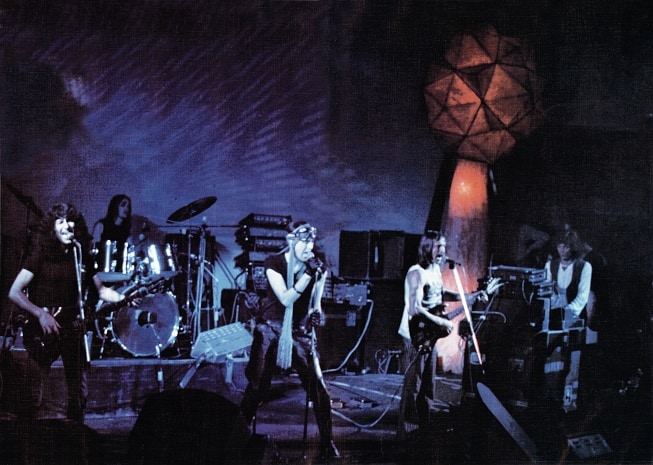 Robert Calvert was born in Pretoria, South Africa and moved with his parents to Margate when he was two. He attended school in London and Margate. Having finished school he joined The Air Training Corps, where he became a corporal and played the trumpet for the 438 squadron band.

He then went on to college in Canterbury. Robert began his career in earnest by writing poetry. In 1967 he formed the Street Theatre group, Street Dada Nihilismus.

At the end of the 1960s he moved to London. Robert became acquainted with Dave Brock, Hawkwind’s remaining original member, and was the resident poet, lyricist and frontman of the band, intermittently, from 1972–1979.

His creative drive and passion also resulted in a great quantity of music outside of Hawkwind as well as writing poems and plays.

The dad-of-four died aged 43, He was buried in Minster Cemetery. His gravestone is engraved with the line “Love’s not Time’s fool”, from William Shakespeare’s Sonnet 116.

Many members of Robert’s family still live in Thanet.

Hawkwind play at Dreamland on July 20 from 8pm to 11pm.

The event is those aged 14 and over. Under 16s must be accompanied by an adult.