Six protesters have been arrested following a demonstration at Instro Precision in Broadstairs.

Protesters from Kent and further afield chained themselves to fences and the gate at the Pysons Road Industrial Estate building this morning (May 8) claiming the site is owned by Israeli weapons manufacturer Elbit.

Instro Precision says it is a supplier and system integrator of support equipment for military and commercial electro-optical sensors in the world.

Protesters from Kent, Brighton and further afield chained themselves to fences at the site in Pysons Road Industrial Estate.

Protesters in UK locked themselves to the gates of Instro weapons factory in Broadstairs, Kent, this morning, shutting down the factory for the day. Instro is owned by Israeli arms company #Elbit, whose weapons are used to kill & maim Palestinians. #Stop… pic.twitter.com/CBphIB2Iis

The site has been targeted by anti-weapons protesters several times. 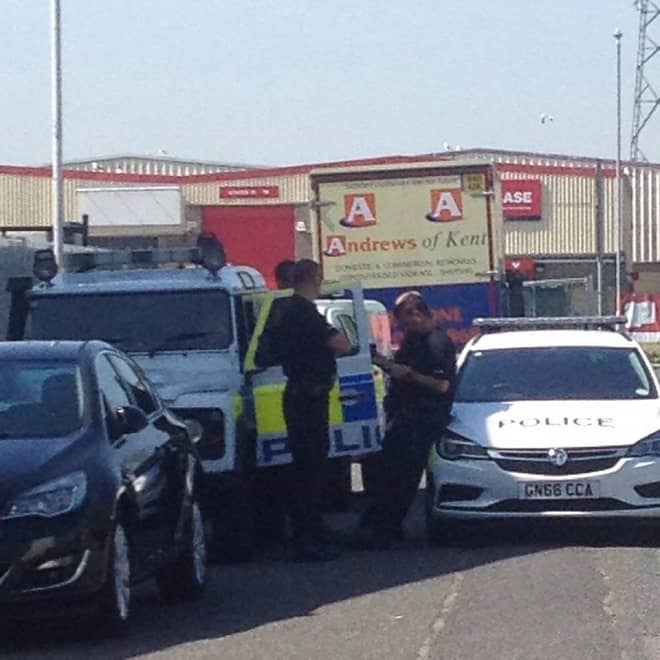 “Officers worked to bring the situation to a safe conclusion whilst facilitating a peaceful protest and minimising disruption to the wider community.

“Five people were arrested in connection with trespassing and criminal damage offences and a further person was arrested for obstructing police.”