The youngsters of 1st Westgate Beavers turned out in force this morning (May 6) to tackle litter on the beach.

Six members of Westgate Against Rubbish (WAR) also  litter picked the greens, the town and surrounding areas. Twelve bags of rubbish were collected.

Leigh Bellem, from WAR, said: “Westgate Against Rubbish was happy to support the beavers, who obtained various badges today, by providing them with the opportunity to get involved In looking after our environment and beautiful coastline. Hopefully we’ve taught them well for the future.” 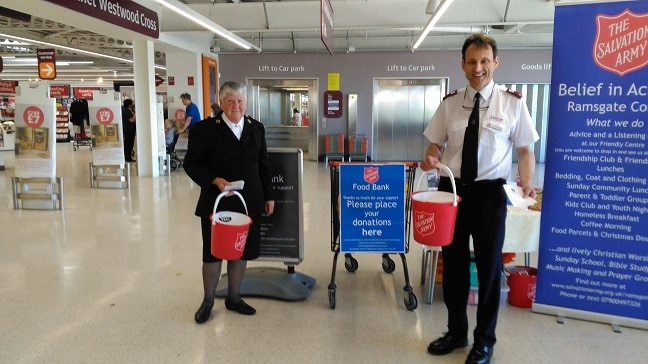 Ramsgate Salvation Army, Sainsbury’s Thanet Westwood Cross branch food donation partner, were at the store on Saturday (May 5) raising awareness of food donations needed and work they do.

A Sainsbury’s spokesman said: “We would like to Thank the generosity of our customers today and the interest they took in this worthwhile event.”

The store has Sunday 17 June free for a charity to participate in Sainsbury’s carers week event from June 11-17. This is to inform what support and information and groups are available for carers. If you would like to be involved email prl.Thanetwestwood cross@sainsburys.co.uk

The aim is to meet every Thursday 10am until noon to carry out general gardening, cleaning, graffiti removal, litter picking and planting. Volunteers do not have to come every week.

The group has a project leader, Margarita Moscosco, but needs two supervisors and general volunteers. 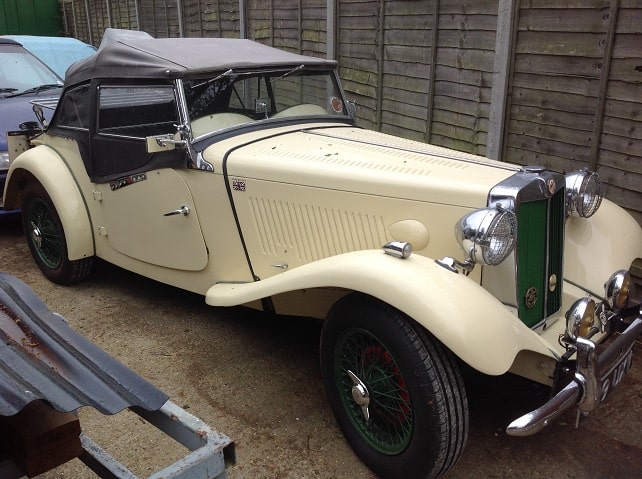 After the sad passing of Bill Reeves, who was the MG Area secretary for Thanet, there has not been a local dedicated MG club in Thanet.

On April 25, two MG enthusiasts, Adrian Goodson and Alan Hall, got together and formed the New Thanet MG Car Club.  Adrian and Alan have experience in organising MG clubs (as well as restoring MG’s) and were instrumental with another friend setting up the Canterbury area club. The new Thanet club is affiliated with the national MG clubs: MG Owners Club, MG Car Club and the MG Octagon Club. As a result of this, all MG’s are welcome from the oldest to the very new.

The club gatherings are held at The Crown Inn at Sarre, Birchington, CT7 0LF on the last Tuesday of each month, starting at 7:30pm. Clive and Penny (landlords of the Crown Inn) have always enjoyed seeing classic cars parked at the pub, and would love to see the MGs again all lined up outside. 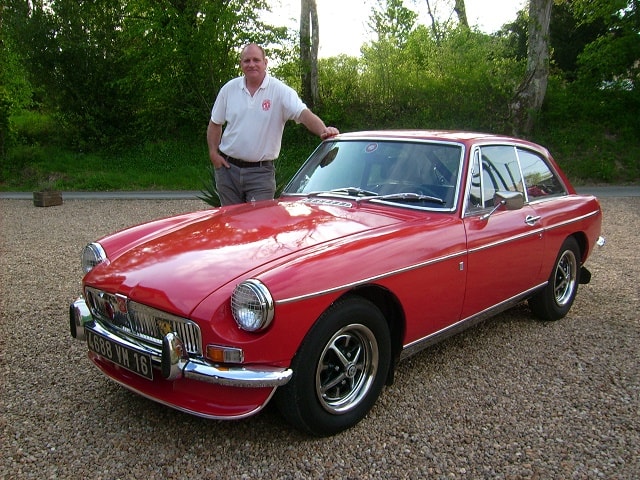 The club is centred around getting like-minded Thanet MG enthusiasts together at monthly social gathering, which also includes technical advice and organising runs.  These runs will involve traveling the roads and visiting the interesting areas of Thanet and Kent, as well as being part of the classic car scene at events. Adrian and Alan are convinced that there are many MGs languishing in locked up garages throughout Thanet, which is very sad as they are meant to be used, enjoyed and appreciated.

Even if you don’t have an MG, but have a passion for the MG marque, you will be made welcome as Adrian and Alan feel it is important to keep the MG brand and historical legacy alive. So, if you are at a loose end on the last Tuesday of the month, have an MG or an interest in MGs and would like to meet like – minded enthusiasts then, why not pop along to a gathering, as you will be made more than welcome.  If you would like to know more then please contact the following: 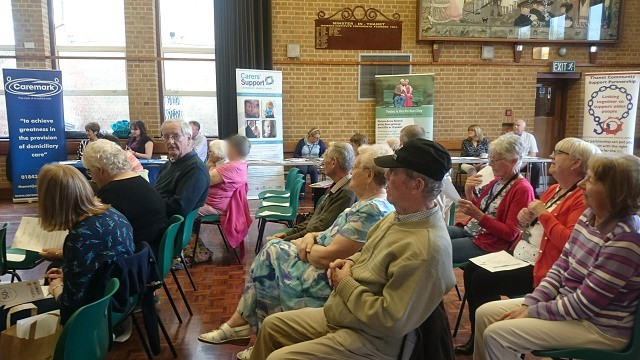 On Wednesday, April 25, the Thanet Over Fifties Forum (TOFFS) held an excellent meeting at the Minster Village Hall.

There were  two guest speakers in attendance and several community and charitable organisations from the Thanet Community Support Partnership and beyond represented.

The first guest speaker of the afternoon was Adrian Butterworth, the popular Police Community Support Officer for Minster, who provided information on help keep people safe in their homes and how to avoid being scammed.

Here are just a few of the many tips PCSO Butterworth provided on how to keep yourself and your home safe:

Don’t keep your car and house keys on the same key ring.

Don’t keep valuables on display – lock them away to keep them safe. Take photos of expensive items and get a family member or friend to look after the photos for you.

If you can mark the items with an ultra voilet pen even better – mark the item with your house number and postcode.
It is good practice to check that your vehicle’s doors are properly locked, instead of simply relying on the remote locking fob.

Don’t make entry into your property easy – if possible, ask a family member or neighbour to look after your house when you are away. Get them to move post/newspapers out of sight.  Open and close the curtains.  Use lighting on timers.  Even get them to park their car in your drive. 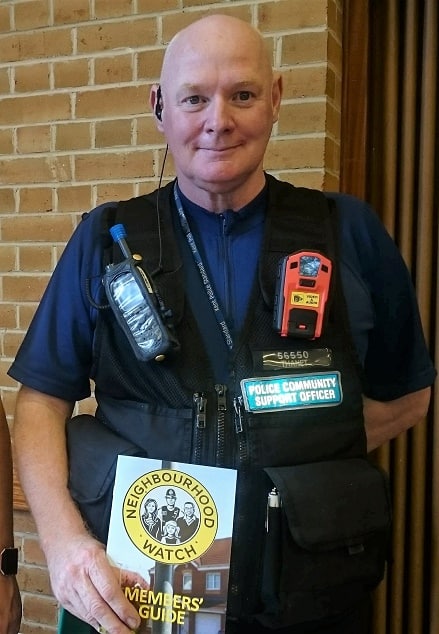 On the subject of scams, PCSO Butterworth gave a run-down of the fours main ways people can become victims of scams nowadays and what to look out for in order to best protect yourself:

Letters – you may receive a letter saying it is from a distant relative leaving you money and the letter will ask you for money upfront for tax. These are always scams!

Door to door – people selling dusters, which they have bought very cheaply will try to sell them to you for a lot more money. These are, more often than not, scams!

Email Phishing Scams – if you receive an email, supposedly from a well-known company, and they ask you to click on a link, DON’T DO IT, as clicking on the link “opens the door” to your computer or device, allowing the scammer to view everything you have in your computer. It evens allows them to control the computer’s video camera, enabling them to view actions and practices such as internet banking.   As an additional safeguard, why not try putting a sticker over the lens of the video camera when it’s not in use.

Banks will have a phishing help line.  If money is being taken out of your bank account talk to your bank immediately.

You can also report  phishing emails to Action Fraud, the national fraud and cyber crime reporting centre, on 0300 123 2040:

If you have lost money, you should always report it as a crime by calling 101.

Telephone – you may receive a phone call where the caller who will  say they are from a Revenue Service/or the bank.  These callers frighten people with sentences like:

“Failure to pay or by not providing information may result in prosecution”.

This will never be genuine but they will make it as hard as possible for people to say “no!”  PCSO Butterworth advises you to be clinical and put the phone down on them. 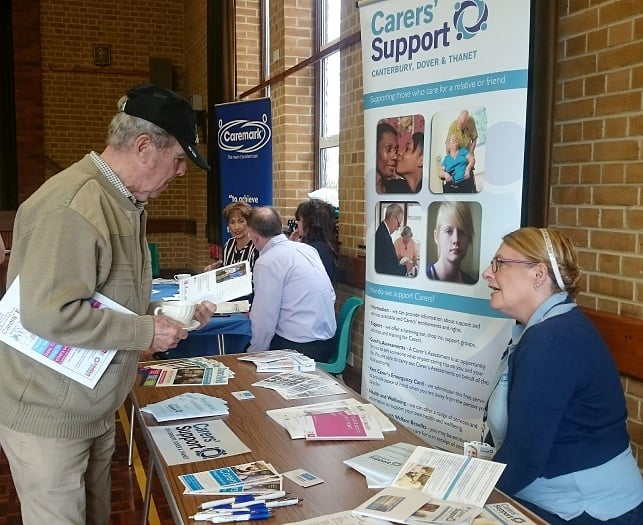 The second guest speaker of the afternoon, fresh from being named “Trustee of the Year” at the Kent Charity Awards, was Kerry Millett from the Broadstairs Town Team (BTT).

BTT was established in February 2013, and became a charity in 2015, allowing the Team to apply for more funding that goes back into the community.

Commenting on the BTT being made up of more than 500 volunteers, Kerry said: “There is a wonderful predisposition to volunteering in Thanet.”

Kerry also talked about the upcoming projects planned by the Team, including an exciting Heritage Trail: “We will be running a project where we will talk to people and ask them to tell us what you know about the area.  The information will form part of the heritage trail and in turn help our tourism trade but more importantly it will preserve the memories.” 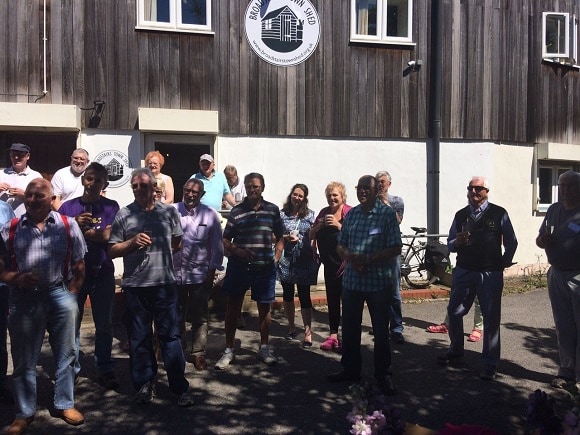 A new Broadstairs-wide initiative of the Team’s is recycling and waste reduction.  In March over 90 people attended a workshop to discuss and set up working parties who will learn and share their knowledge.  Among other things, the working parties will be working with Language schools, aimed of students using refillable bottles; Local business, with the aim of cutting down on their use of plastic and Publicans, to reduce the use of plastic glasses and straws.

The flagship Shed scheme set up and run by the Team is of course the Broadstairs Shed.

Kerry said: “I heard about the scheme on Radio 4 a few years ago and it stuck in my mind what a wonderful project it would be to help get people out of their homes.

“When people retire some may feel it difficult to motivate themselves by having a place where they can contribute is very rewarding.

“The shed is a happy place and we have no plans to stop.  My aim is to keep raising funds to ensure sustainability.”

Next up for TOFFS is another Forum meeting on Thursday, May 31, 10:30am-12:30pm at the Centre, Birchington, where one of the topics covered will be the Thanet Local Plan, and what exactly it is for those who are unfamiliar with it.

For more information, and details on how you can join the ever-growing band of TOFFs members for free, please contact co-ordinator Pauline Petitt, at the Thanet Volunteer Bureau, on 01843 609337, or email toffs@thanetvolunteerbureau.co.uk. 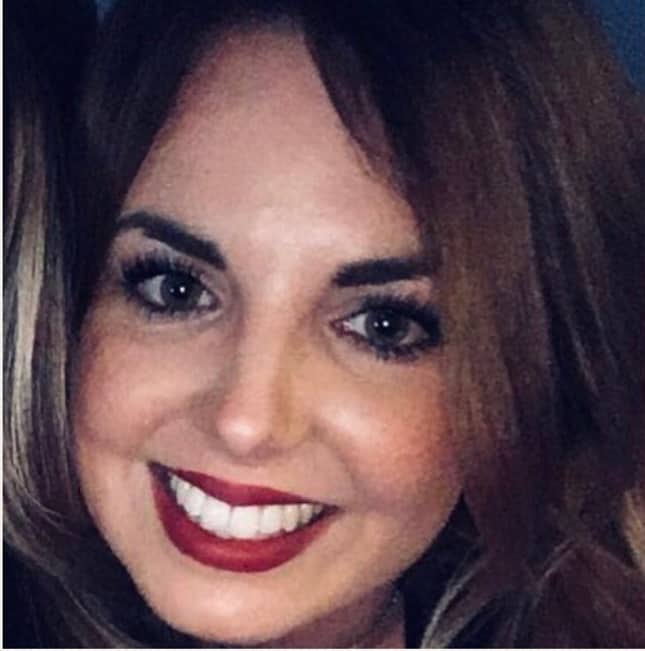 Purchasing and accounts manager Annaliece Lloyd of the Pettit Group has taken the plunge to push herself to the limits and cycle the 2018 Ziggurat ride from London to Brussels. The 300 mile cycle will take place from September 12.

Annaliece will be fundraising for the children’s charity Action Medical Research, dedicated to improving the health of babies and children.

Medical research like this can change a child’s life, however it is underfunded in the UK. Action Medical relies almost entirely on donations so for every project that they fund there is another one that they have to turn away.

Action Medical has touched everybody’s life in one way or another; from vaccinations as a child, pregnancy ultrasounds, premature baby support and supporting children with life changing diseases or disability.

Annaliece will be holding a charity quiz night at the St Lawrence Tavern in Ramsgate on May 17 from 7pm. Teams will be a maximum of 6 people @ £5 per head will all proceeds going to charity. To book a table or donate a raffle prize please contact annie@pettitsgroup.com 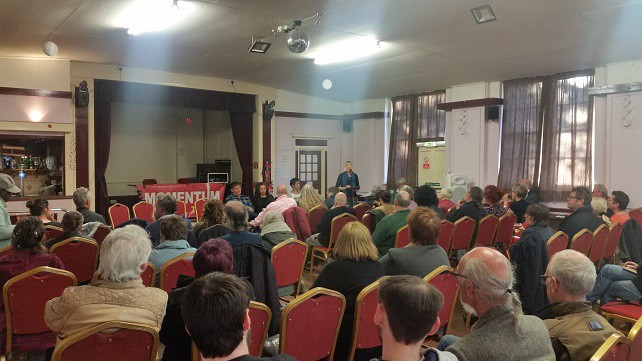 A packed May Day Rally in Ramsgate heard passionate speeches against racism and demands for urgent actIon over health and education in Thanet.

The rally, on Tuesday, May 1, featured speakers including Moyra Samuels of the Justice4Grenfell Group, and Jackie Walker, a founder member of Momentum Thanet.

Jackie is currently suspended from the Labour Party but received a rapturous reception from the audience.

She spoke powerfully about the Windrush controversy and explained how she herself might have been deported if not for the death of her mother when she was 11, which led to her being taken into care and given official recognition.

Other speakers addressed local problems in the areas of education and health, including the battle to save the stroke unit in Margate hospital from closure.

Norman Thomas, chair of Momentum Thanet, the group which called the rally, said: “This was a truly inspiring event. After years of cuts and austerity, and the recent outrages over Grenfell and Windrush, people feel a terrible anger with our political establishment and are coming together to demand urgent change.”