Broadstairs 1st XI got the 2018 season off to a flying start with a resounding home victory over Chestfield featuring a remarkable century from overseas Swaroop Dasari, returning for his fourth successive season with the club.

The visitors elected to field first with an expectation that the recent wet conditions would favour seam bowlers. As it turned out, the pitch was very well behaved and Broadstairs were able to post an insurmountable target of 251.

The innings began quietly, with openers Chris Flint and Elliot Fox feeling their way into the new season. When Flint was dismissed LBW for 6 and with Callum Morgan (2) succumbing shortly afterwards, Broadstairs found themselves at 24-2 in the 11th over. 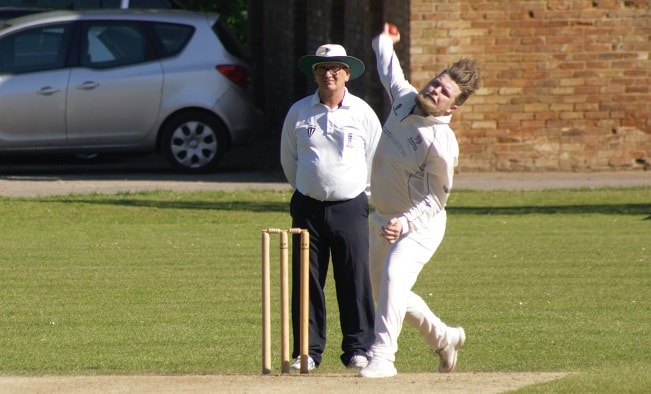 It would need the incoming Dasari and Fox to pick from where they had left off in previous seasons and to establish a productive partnership. This they duly did with some confident hitting from both players and by drinks, they had advanced the hosts’ total to 88. 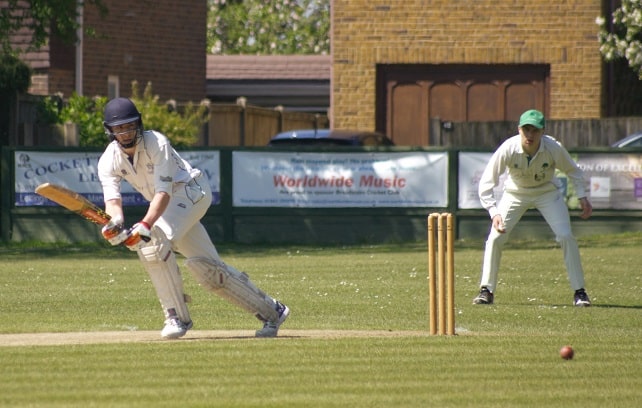 Fox was eventually bowled for a promising 59 and after a somewhat brief stay at the wicket from Jack Wheeler (11) and Luke Palmer (2), Broadstairs’ lower order would need to perform well if the home side were to bat out their overs and post a winning total. Skipper Chris Kidd (18) and Jamie Dewell (23) provided the ideal foil for Dasari’s expansive play who posted a superb 106 before being bowled.

Alfie Huntley (10*) and Lewis Hewitt (1) saw out the last few overs and the home side went into tea with some confidence that this total would be defendable. 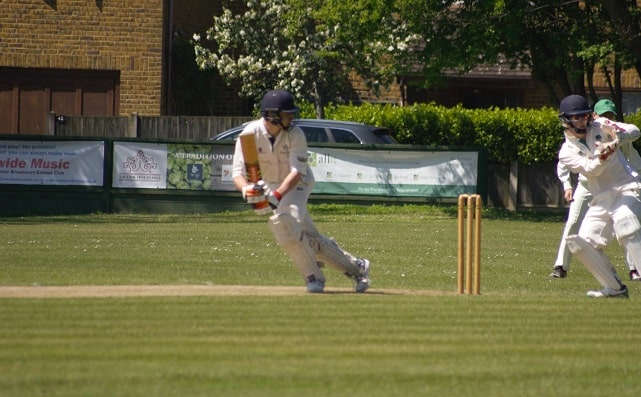 Chestfield began their reply steadily with opening bowlers Palmer and Fox finding their line and length and restricting Chestfield to below 3 runs per over. The partnership was broken in the 10th over when young opener Ben Carpenter-Friend was dismissed, run out by Lewis Hewitt. 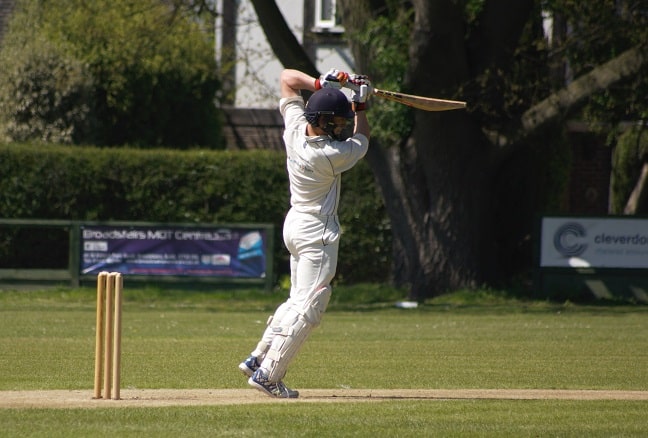 A sharp caught and bowled by Elliot Fox saw off Josh Lock soon after but Chestfield started to re-build through Joe Mitchell and opener Dan Patching. Masoud Rangin and Dewell took over bowling duties and continued to restrict the hosts’ scoring. Rangin broke through in the over after drinks, bowling Mitchell for 25. Despite Patching’s best efforts, Chestfield were unable to mount a recovery and the spinning partnership of Dasari and Kidd worked their way through the middle and lower order. 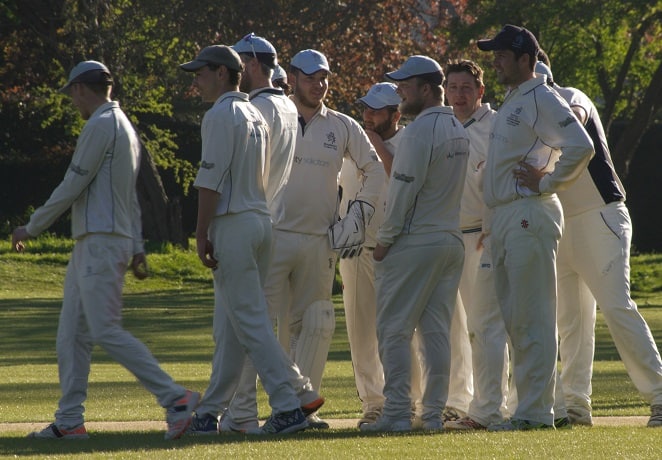 Lewis Hewitt claimed the final wicket in his first over, reducing Chestfield to 125 all out in the 40th over. Kidd was the pick of the bowlers with stunning figures of 4-5 from 5 overs.

The win demonstrates that Broadstairs are a match for any team if they are able to post a decent total and they will be hoping for a repeat performance when they travel to Nonington next week.