Hundreds of people turned out for a meeting to air concerns over changes to the 8a bus service from Kingsgate to Canterbury and the threat of losing the 56 service.

Dozens of bus users were unable to get into Holy Trinity Church Hall in Broadstairs as the venue was already packed to capacity with people standing.

Since Sunday, April 15 Route 8 starts and finishes at Westwood Cross and serves the QEQM hospital and Margate.

Route 8A now starts and finishes at Northdown Park (Palm Bay) and runs as before via The Wheatsheaf and Laleham Corner.

The existing 8X buses in the mornings and evenings between Broadstairs and the QEQM hospital will continue to operate and have been renumbered route 40.

The 56, which is subsidised by Kent County Council, is also under threat of being axed in September.

It is one of three routes that are likely to have subidies axed. Stagecoach will look at how the routes can be served commercially with possible alterations to other services. 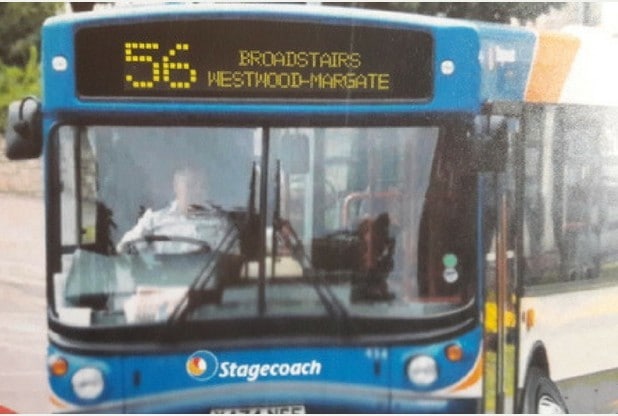 Stagecoach has proposed changes to the following services in Thanet:

Many at the meeting said they were angry that the 8a half hourly service had been replaced by an hourly 33, meaning there is no longer a direct link to Westwood Croos, QEQM and Canterbury.

Residents also aired worries about losing more bus services and being housebound for those who cannot walk far enough to get other routes.

Cllr Matterface said the replacement for the 8A, which isn’t subsidised, had proved disappointing for some users with connections to and from Margate, on occasions proving ‘unreliable’.

Cllr Matterface said: “The proposed changes for the 56 that residents were very concerned about would mean areas of Broadstairs and St. Peter’s would have no close route at all and some parts none at all.

“This would affect their access to the town shops, library, GPs surgeries, Westwood Croos, QEQM and Margate.

“At present KCC heavily subsidises the 56 route but is putting its proposals out to consultation in May. Those affected should ensure they take part and give KCC some real understanding of the impact the changes would bring to many lives.

“One resident highlighted new businesses being set-up in St. Peter’s and how losing the bus would be a great threat to those. Others talked of the isolation and lack of social engagement if residents cannot easily get out and about. This applies to those with a disability, not just the elderly, as one young woman highlighted.

“An old phrase is relevant here ‘Use it or lose’it’.”

Last year a successful online petition launched to protest against changes to the 56 bus route closed with more than 1,500 names on it.

Regulars of the service were outraged at proposals to divert it from the lower High Street in Broadstairs, avoiding the Hopeville Avenue part of St. Peters.

A petition both online and on paper has been set up in a bid to save the 56 service. Find it here

Read here: All the changes to Stagecoach services in Thanet