The Libertines will headline the final day of this year’s Wheels and Fins festival.

The band, who bought 20-room property  Palm Court Hotel in Cliftonville last year and renamed it The Albion Rooms, will close the action sport and music festival at Joss Bay on Sunday, September 9 with one of their typically rip-roaring performances.

Tickets are available now priced at £25 from http://wheelsandfins.co.uk/tickets/

An exclusive stream of acoustic songs and chatter from band members Carl, Gary, John and Peter recorded earlier today (April 26) at the festival site, is available to watch now if you subscribe to thelibertines.com 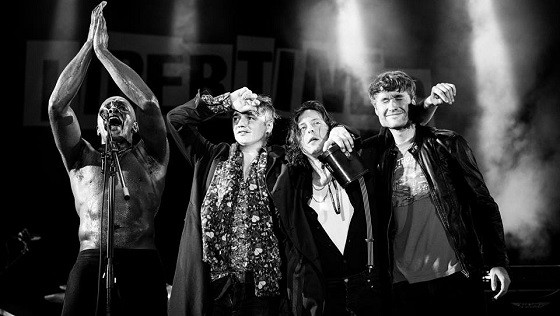 The Libertines will be donating proceeds from their appearance to two local charities – Pie Factory Music and the Aspirations Healthy Living Centre.

Dead excited to announce we'll not only be headlining Sunday at @wheelsandfinsuk this September, but we'll be inviting a load of incredible artists to come and play throughout the day too! | https://t.co/nZyISf2SeF https://t.co/VhCnVwE6P9

The Wheels and Fins festival, which runs from September 7-9, is now in its sixth year – and the 2018 event will be brought on to a national platform and is expected to attract some 5,000 visitors each day.

Wheels and Fins will once again host the 2018 UK Mini Ramps Champs. In 2017 the event was live streamed, in partnership with Bou Mou Productions, globally to an audience of 270,000 live viewers. It gained 2 million Facebook impressions of the competition alone in the first week after the event. Nic Powley of Skate Pharmacy will again oversee the judging with the help of Dan Cates (Death Skateboards).

This year will include the introduction of the women’s competition and Lucy Adams, of Skateboard England, will oversee this and ensure fair play.

Sam Watling of Revolution Skatepark will be running a junior competition and Marc Churchell will be present as the live stream presenter.Ben Powell will be comp MC.

King Ramps have again designed the ramp for the festival.

The festival also offers camping, a VIP area, the Boombox Experiment with a number of nationally renowned DJ’s playing sets on Joss Bay beach and an athlete’s lounge.