The discovery of family papers and photos in a skip outside a Broadstairs house has revealed the struggle of a couple separated by the First World War.

The extraordinary tale of an ordinary woman left behind after her husband was conscripted into service only came to light when a property in Western Esplanade was cleared for demolition after the death of the resident in 2013.

Among items in the skip outside was a neatly folded bundle of letters.

The answers to who wrote them and why, how they got to the Western Esplanade and what they contained are in a recently published book. 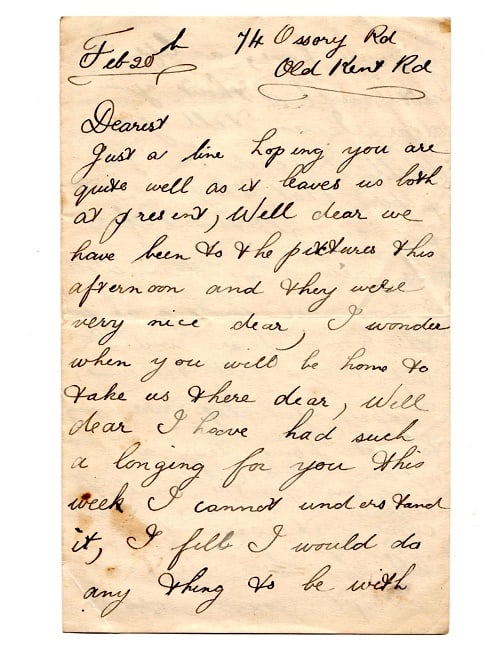 I Remain Your Loving Wife Lizzie was put together by Eastern Esplanade resident Roger Jefferies after he was given all the papers by the friend who had found them.

After carrying out research Roger found the letters were written by Lizzie Green, a Londoner who had married her husband Tom in 1913 when she was 23 and he was 21.

They had a baby son in 1914 just before war broke out, signalling the end of their domestic happiness.

In 1916 Tom was conscripted. The following year he was sent to India and didn’t return until the end of 1919.

Lizzie was heartbroken at their separation and wrote once a week the whole time he was away from her. 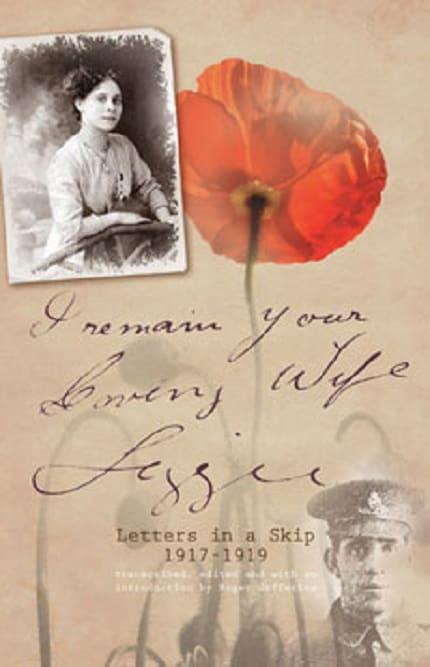 Their rented London house was near the docks off the Old Kent Road and though she was no literary angel, Lizzie wrote vigorously and in detail about the trials and tribulations of her life, its steady grind and sadness.

She had to make ends meet, continue with her job as a corset maker’s agent, endure food shortages, rationing, bombing in the street, quarrels with her family, trouble with her lodgers and the landlord, and all the time the endless longing for Tom’s return to her and their son. 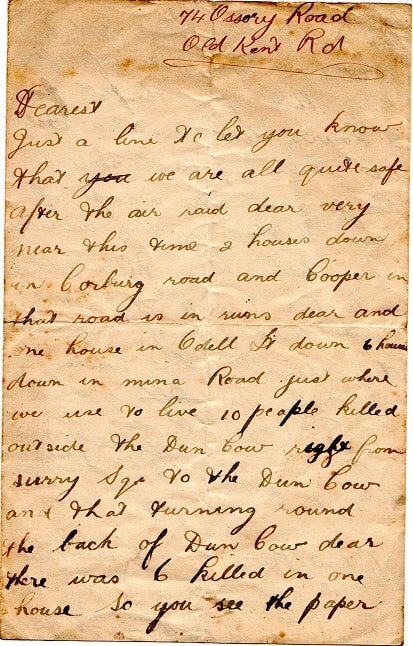 In their bold, flowing, ungrammatical script the letters evoke a vanished world, far removed from the usual First World War literature of strategy, death in the trenches, the causes and outcomes of the conflict. Instead the picture is of civilian life, the people left behind to fend for themselves, the home-front, grim, a long struggle to keep things going.

Lizzie and Tom Green did survive and worked hard.  Their son Tommy fought in the Second World War in the RAF. 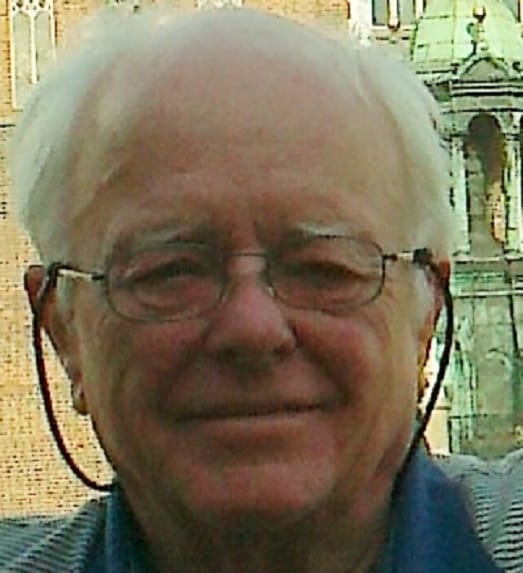 Roger, who began writing after retiring from a career in local government, has an interest in genealogy and this prompted him to explore Lizzie’s family and transcribe her letters when they were given to him.

He said: “Without the extraordinary finding of these letters and papers we would never have heard of them or had a glimpse of their lives.”

And the story of how letters written by a wife and mother enduring life in London during the Great War came to be in Broadstairs?

Tom and Lizzie had one more child, a daughter born in 1923 and named Eileen.  After their parents died in the 1960s the children, Tommy and Eileen,, both unmarried, came to the seaside town to oive.

Eileen died aged 90  in 2013 leaving no close relatives and it was her house on the Western Esplanade that was cleared, uncovering the letters and the tale of Lizzie and Tom.

I Remain Your Loving Wife Lizzie is published by Greenwich Exchange and can be found at www.greenex.co.uk  or in bookshops.