A day of music, art, dance and drama was held to celebrate the official opening of the Ramsgate Arts Primary School.

The school, which opened in September last year, has finally completed the ambitious year-long new-build project with the commissioning of a spacious hall and specially designed dance studio.

RAPS, which runs the international primary curriculum every morning, turns over afternoon sessions to the arts and it has won backing from families, pupils, educational and arts professionals, including Kent’s flagship Turner Contemporary arts gallery in Margate, an arts partner that joined in the celebrations together with Regency Performing Arts and visiting artists.

A good luck message and a promise to visit RAPS from artist Tracey Emin preceded an emotional day for staff, pupils, parents, governors and project partners who saw the culmination of a dream for the specialist arts school to meet a need for more primary education in the town.

RAPS is part of the Viking Academy Trust (VAT) that includes Upton Junior School in Broadstairs and Chilton Primary School in Ramsgate. Their senior staff and pupils from the VAT joint school leadership team were on hand to share in the celebrations. 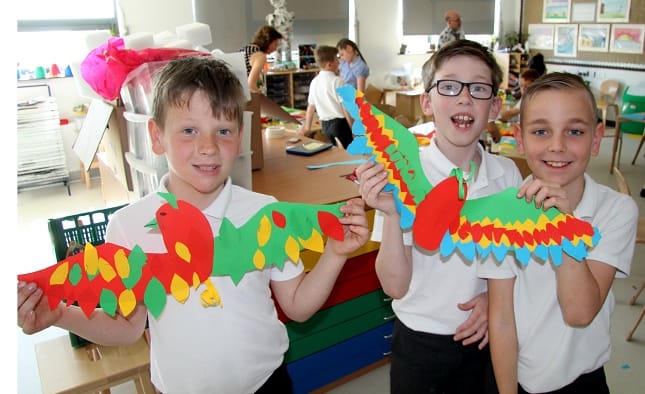 VAT executive head teacher Michaela Lewis described the Trust group as “a brilliant educational family that celebrate their own unique schools while supporting and encouraging each other.”

VAT Chair of Governors, Bob Macfarlane, described how the whole process for the school began at a governors meeting in March 2014. He said: “There was a vision and desire to make sure there were enough educational places for family and pupil needs in Ramsgate. 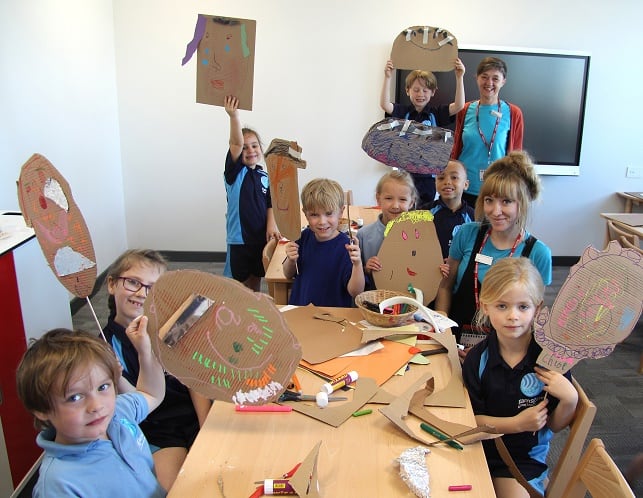 “The school began as Ramsgate Free School in the grounds of Chilton Primary. Thanks go to them for their terrific support in the early days as the new school project developed, and now we are part of a special group of schools working together.”

In her speech at the opening ceremony Mrs Lewis echoed an ancient Chinese proverb, acknowledging “the relentless drive and enthusiasm of those behind the project.” She said: “A journey of a thousand miles begins with a single step. 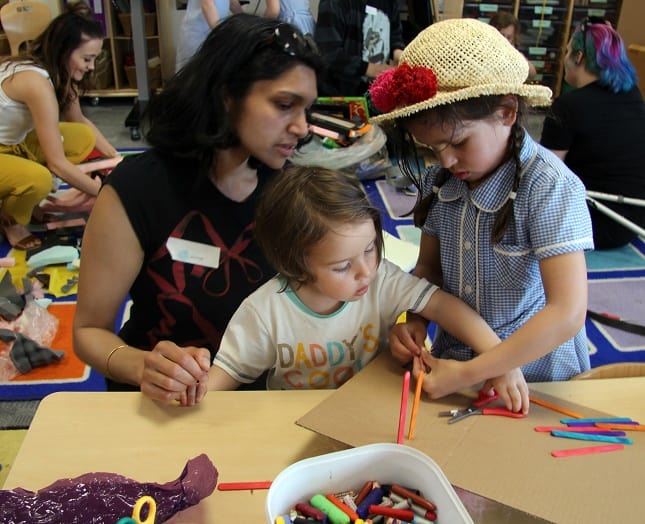 “What a magnificent building – and what a tomorrow we are all about to create and enjoy here together.”

Head of School Nick Budge spoke of the “fantastic legacy” that the school is creating for children in “a vibrant place to learn.”

In an emotional speech he told how even in the difficult moments during process, the end vision was never lost.

He told the children: “Don’t let people question your dream. For you at RAPS there is a brilliant team behind you who will help you develop the strength of character and skills to help you fulfil your dreams.”

The sentiment was echoed by the school’s young singers who performed inspirational songs A Million Dreams and This Is Me from the hit musical The Greatest Showman. 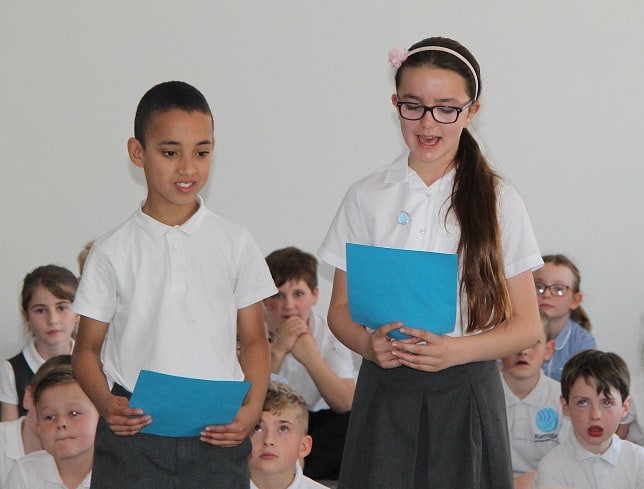 Head Boy and Head Girl Lily and Malakai told how pupils had watched the new school grow from an idea into reality.

Lily said: “Before the school was built we were allowed to visit the new site. This was the first time I felt that the new building actually became real. There were lots of blocks, rubble and frameworks everywhere. All around people were working really hard. It felt like something very exciting and special was going on and it was all for us.”

Malakai added: “Once the building was finished and we became RAPS, it felt like a million dreams had come true. It was beyond what we had ever imagined and finally we had our own special place.” 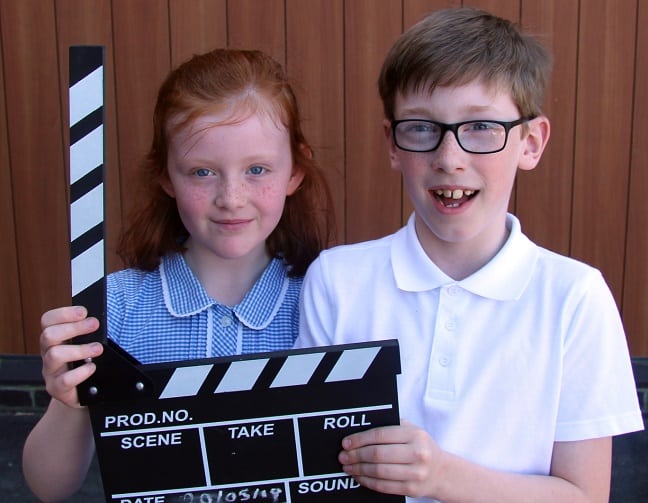 The opening countdown, cheered on by pupils, reflected the arts theme – a movie clapperboard was snapped shut to herald “action at RAPS” by pupils Laurence and Megan, whose names were drawn from a hat featuring all pupils to see who had the honour. 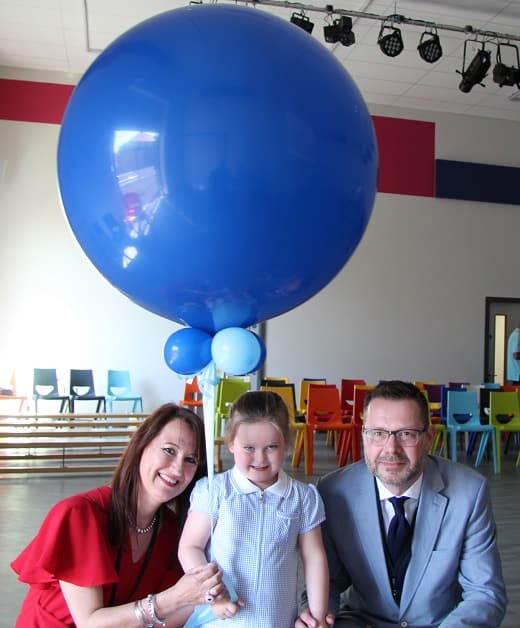 And the task of releasing a single giant celebratory blue balloon went to the school’s youngest pupil Ebony-Rose.

Pupils escorted visitors on a tour to see music, drama, dance and art classes in action and, following a buffet lunch, parents joined in the classroom activities with their children. 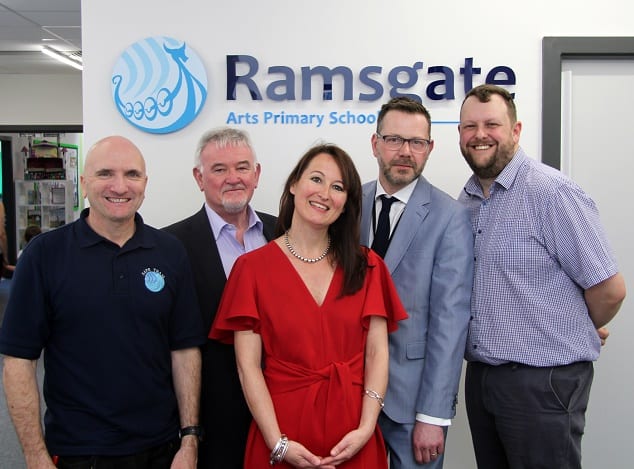 RAPS Chair of Governors Jo Brand praised the work of the staff and the teams behind the project for achieving “a magnificent school” while James Boyes and Alan Boyd from McAvoy contractors are “delighted at the creation of a vibrant and important school that we hope is enjoyed by everyone.” 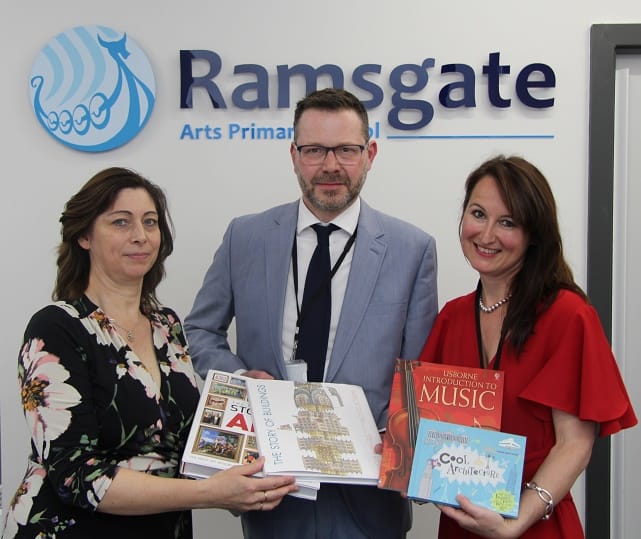 Rachel Lines, project manager from Gleeds, was involved with construction technical advice to the Education and Skills Funding Agency. She presented the school with a selection of books to mark the opening and added: “There was such a strong vision from the RAPS team and we all worked closely to help create a fantastic school.”