There can be few other better known Ramsgate landmarks than the Pulhamite Rock Garden in Madeira Walk alongside the waterfall. Thousands of people pass it each day in cars, buses or on foot and the colourful gardens have become a favourite with photographers and visitors alike.

Each year the rock gardens are tended by a group led by Jocelyn McCarthy of the Ramsgate Heritage Regeneration Trust, but this year it looked as if, given the withdrawal of funding by the Town Council, there might not be enough money to replace the plants that had suffered badly during the late frosts of winter.

Fortunately, The Ramsgate Tunnels have stepped forward and donated a sum of £300 towards the replanting so that the purchase of replacement plants can go ahead.

A Tunnel’s spokesman said it would be unthinkable that the iconic and picturesque Rock Garden might not be restored to full health for 2018, and that all of the subterranean volunteers were pleased to be able to help such a worthwhile cause.

Pulhamite is an artificial rock or stone developed by James Pulham in the 19th Century. It is so realistic that it has fooled many professional geologists. Although modern analysis of the rocks suggests it is a compound of sand, Portland cement and clinker smoothed over rubble, there is no definitive ‘recipe’ as Pulham took his formula with him to the grave.

In the 1890s, when the Council was trying to make Ramsgate into a more attractive place for visitors, they commissioned James Pulham and Sons to disguise the banks of the recently built Madeira Walk. They built stratified Pulhamite ‘rocks’ shoring up the steep banks of the ‘gorge’, leading up to a balustraded terrace bordering Albion Road  at the top, and included an artificial cascade half way up. The resulting rock garden has become an important feature of Ramsgate life. 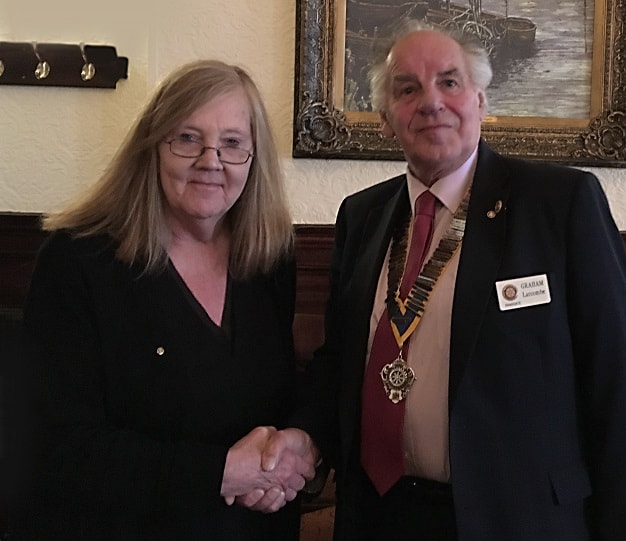 The club has recruited a new member.

She is Kay Dark, a former Mayor of Ramsgate and Chairman of Thanet Council.

She initially expressed an interest in the club through its website.

Kay was inducted and presented with her Rotary badge by President Graham. 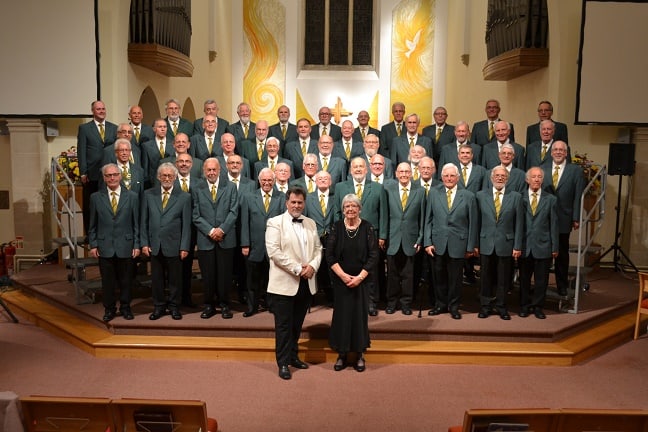 In concert with a light mix of popular songs and perennial male voice choir favourites from the world of musicals, opera and operetta.

In aid of the Pancreatic Cancer Research Fund

Hear the Thanet Male Voice Choir at the Sarah Thorne Theatre on Saturday 5th May at 7.30pm.   £8 paid in advance/friends, £10 on the doors. 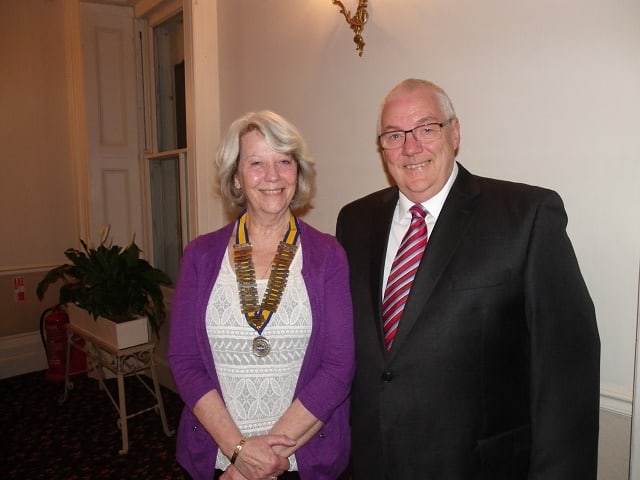 On Tuesday, April 10 the Inner Wheel Club of Margate enjoyed a very pleasant evening listening to a fascinating talk by Peter Neale from the Spitfire Museum at Manston. Peter gave us a history of the museum (the money for which was raised by public donation) from its inception to present day. The museum was built specifically to accommodate the Spitfire which was handed back in 1981 and to protect it. Peter also gave details of the new Spitfire simulator which is now up and running at the museum and is already booking up very quickly

Forthcoming events in April include a craft afternoon, members also assist at the annual Rotary Blossom Tour. Also an inter club ten pin bowling competition where we all make idiots of ourselves! In May another great afternoon is our Pimms and Puddings held in Joy’s lovely garden where we enjoy a glass of Pimms and a delicious dessert provided by the members.

We are actively seeking new members to join our club to help raise money for good causes. President Barbara’s charities for this year are Operation Sunshine and the Strode Park Foundation. We would give a warm welcome to new members. For further information please contact Amanda Voizey telephone 01843 862225.