Weeks of planning had gone into his surprise proposal, helped by his good friends Mark Gull and Ciara Watts, as well as his RNLI crew mates. 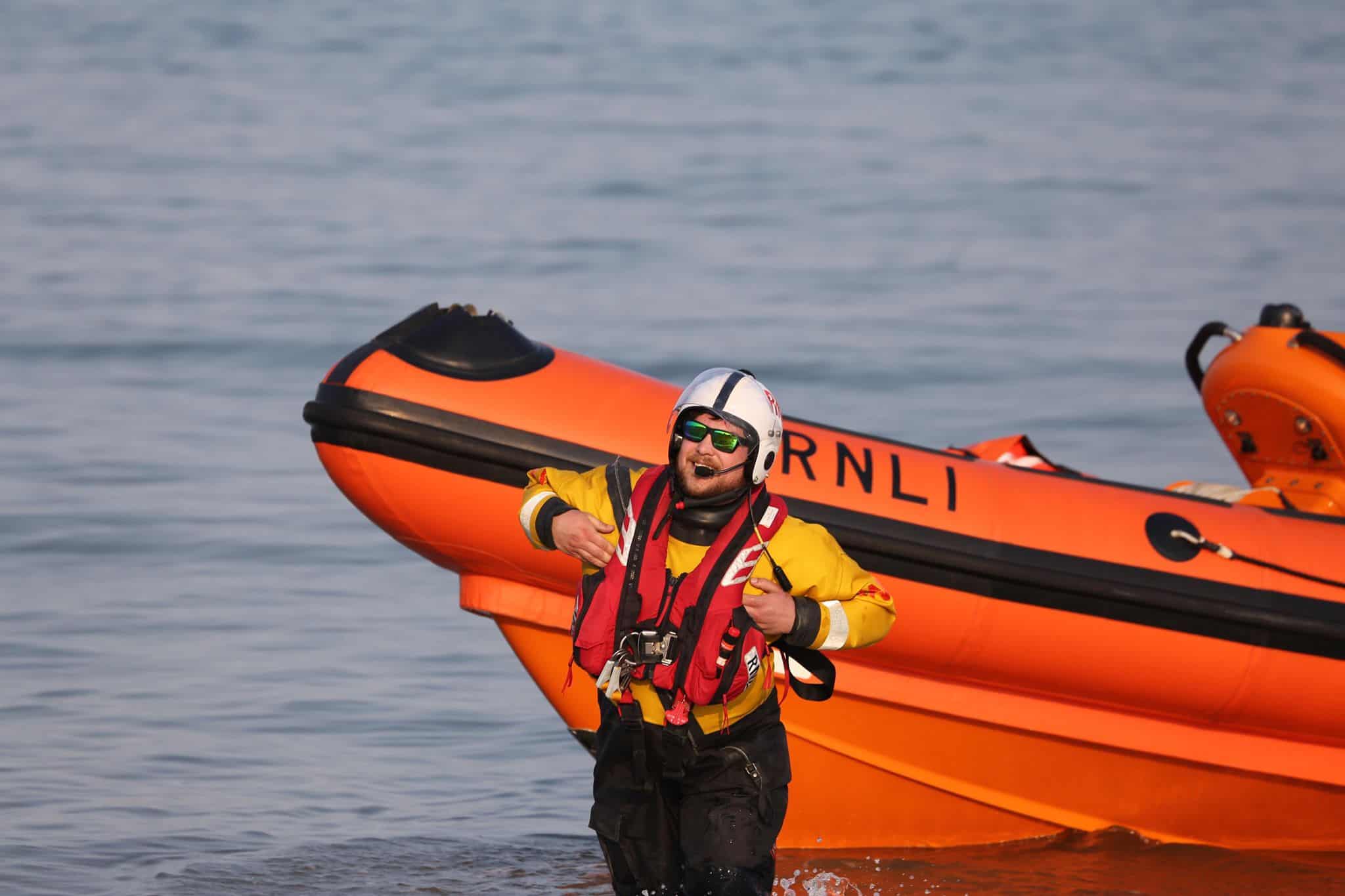 Whilst Mark and Ciara took Kerry for a walk on the beach, Harry was out on exercises in the Inshore Lifeboat. Onboard he had a big banner asking Kerry to marry him which was shown as they approached the shore. 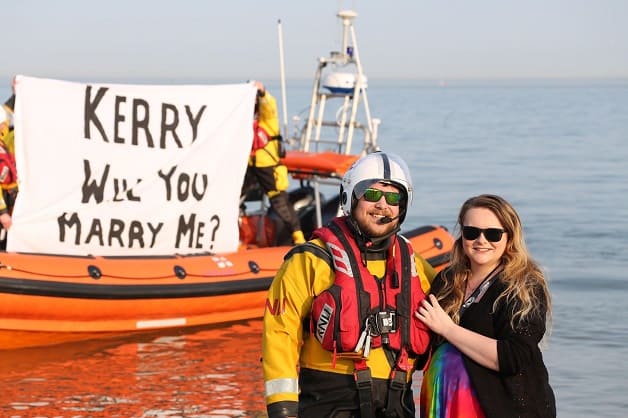 Harry then waded ashore, dropped to one knee in front of a slightly embarrassed Kerry and asked her to marry him. Thankfully she said yes, much to the delight of the onlooking sunbathers on the beach who applauded and cheered loudly. 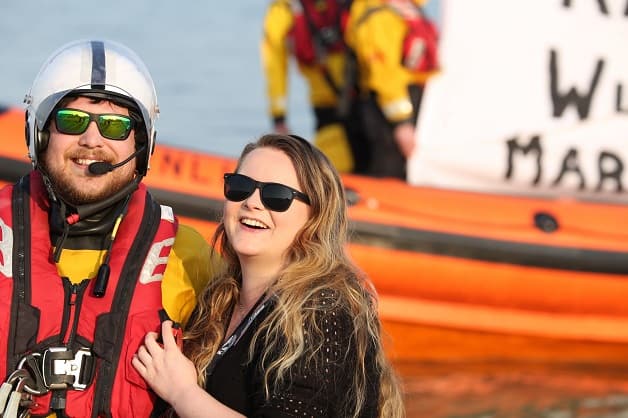 After a quick embrace Harry then returned to the Inshore lifeboat and sped back to finish the exercise. 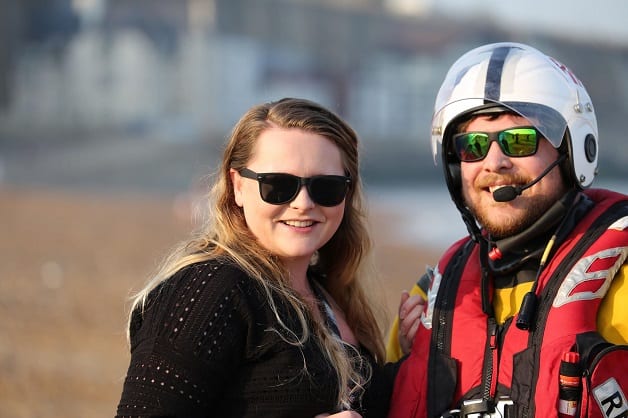 Just two hours later Harry’s celebrations with his family were cut short when his pager went off and he had to dash back to the RNLI station although thankfully it turned out to be a good intentioned but false alarm.