Changes to the 8a bus service from Kingsgate to Canterbury, and the threat of losing the 56 service, has prompted a public meeting.

Residents concerned at changes brought in by Stagecoach this week to these and other routes, including the Breeze services, can be aired at the meeting on Saturday, April 28 at Holy Trinity Church Hall, off Nelson Place, Broadstairs.

Since Sunday (April 15) Route 8 starts and finishes at Westwood Cross and serves the QEQM hospital and Margate.

Route 8A now starts and finishes at Northdown Park (Palm Bay) and runs as before via The Wheatsheaf and Laleham Corner.

The existing 8X buses in the mornings and evenings between Broadstairs and the QEQM hospital will continue to operate and have been renumbered route 40.

Beacon Ward councillor Jenny Matterface says there is also a suggestion that the 56 service will be axed in September.

A petition with 800 signatures has been handed to Stagecoach protesting against the changes.

A promise to review the changes at some point has been made but many residents say they didn’t realise how drastic the service alterations would prove to be.

Bus users have now set up a forum to share concerns and discuss what can be done. 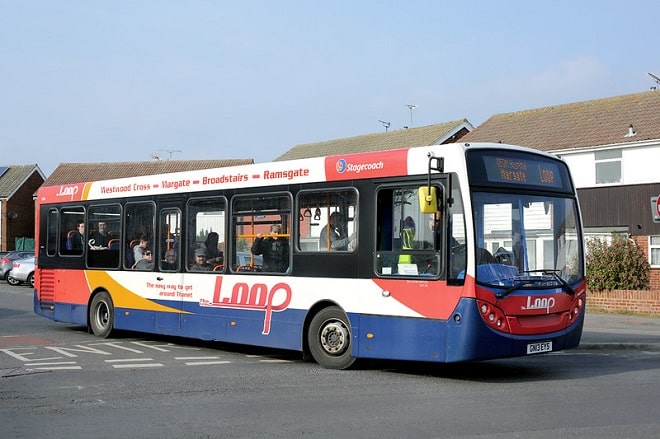 Following discussions with bus companies Stagecoach proposals to move a small number of services from public subsidy to commercially-operated routes, were due to go out to public consultation this month but appear to have delayed.

The changes are designed to protect school services and ensure communities currently served by a subsidised route will not lose out, while providing necessary budget savings.

Stagecoach has proposed changes to the following services in Thanet:

Cllr Matterface said: “Our bus services are vital for social engagement for many who no longer drive, can no longer afford their own car or not yet old enough to drive. I have been told the bus is a lifeline to enable residents to get out and about. One elderly resident was in tears because she will have to move as without a bus she would be housebound.”

The meeting will be held at 11am and all are welcome to attend.

Read here:  Petition launched to save 8a service in Broadstairs – and Stagecoach bus changes for Thanet