Despite a poor performance at Bromley the previous week, Thanet confidently picked the same starting XV, although injury to scrum half Lewis Stone meant a late call up from the 2s for seventeen year old Tom Walton. Beckenham based Dunstonians have had a successful season and  the away fixture ended in a narrow three point win for Thanet.

Warm sunshine, a dry pitch and a large vocal crowd bolstered by the attendance at the Paul Keohane memorial lunch made it a great afternoon for rugby. Thanet kicked off with the benefit of the slope but it was ODs who exerted early pressure.  An early series of big tackles from Stuart Plumridge, Joe Carlier and Adam Gaddes set the tone for a much improved defensive display today from the Wanderers.

On eight minutes ODs were penalised for a high tackle and Jay Morbey burst away before handing on to fellow centre Plumridge to open the scoring. Sam Rolfe converted and Thanet led 7-0. Isaac Roe chased a long clearance and his tip tackle kept the advantage with Thanet. After fifteen minutes Danny Clement broke strongly, Warren Riddell Broomfield took over and Kieran Wright finished off try number two. Rolfe made it 14-0. Wanderers were attacking from every opportunity and two minutes later Plumridge went through, Charlie Knight made further inroads and Rolfe finished off before converting his own try. 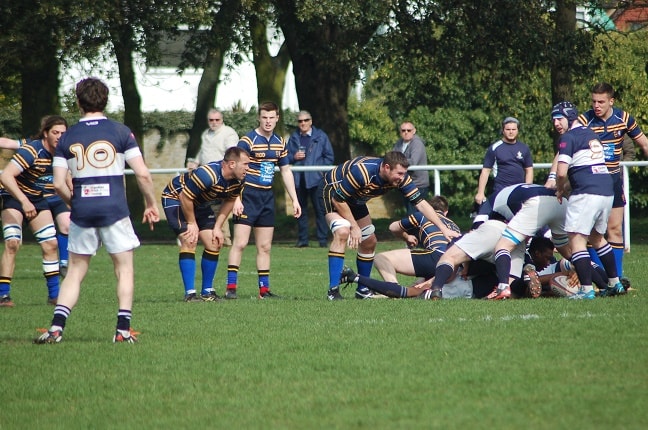 ODs reacted well with a spirited attack that was well defended before a knock on enabled Thanet lines to be cleared. More quality handling around the half hour mark was finished off by Brett Scott to secure the try bonus point and Rolfe’s conversion made it 28-0. ODs took full advantage of an over elaborate Thanet attempt to play out of defence with a smart interception to make it 28-7.

Roe looked to have scored but today’s excellent referee David Riordan disagreed and went back for a Thanet penalty. Wanderers went further ahead with a nice try from Jay Morbey who raced in from distance after receiving Nick Herbert’s perfectly timed pass. Thanet’s No 6, Riddell-Bloomfied now sustained an accidental but serious leg injury. Half time was sounded with the score at 35-7. 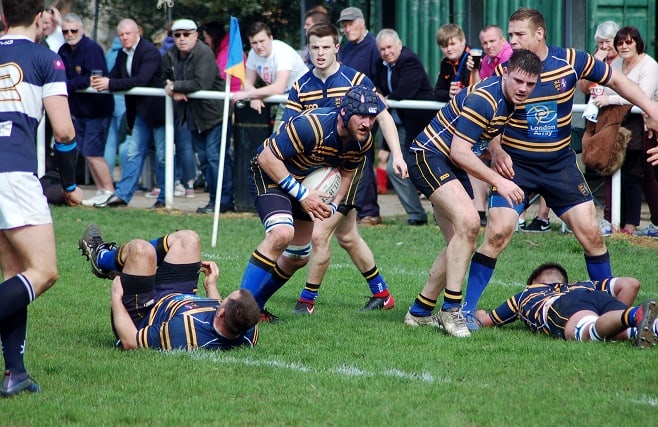 The pack was reshuffled for the second half with hooker Neil  Wakefield moving to the back row and Jay Sanford going to hooker. Henry Mirams left the bench to join the backs. ODs attacked after four minutes and their never say die attitude brought a try which went unconverted. Back came Wanderers and after Morbey’s dangerous advance was halted, Herbert pounced on the spilled ball to  score an unconverted try. ODs now looked to batter the home defence using their big runners running from deep but Wanderers’ defenders were unbowed. Rolfe received the first card of his career when judged to have deliberately knocked on.

This was evened up three minutes later when ODs fullback was also shown yellow. Scott was setting a Captain’s  example tackling ferociously and in great form at the line-out. He now displayed some neat footwork and handling skills after grabbing Knight’s offload to notch his double. Herbert converted for 47-12. As the yellow card period expired Peter Macaulay left the bench to replace Rolfe for a ten minute cameo appearance. Knight ran from his own wing to the other to put in a try saving tackle and two minutes later was on the score-sheet when he was alert to pick up a spilled ODs pass and running from his own half outpaced all chasers to put Wanderers over the fifty point mark. Jay Sanford limped off with Wakefield moving back to hooker. 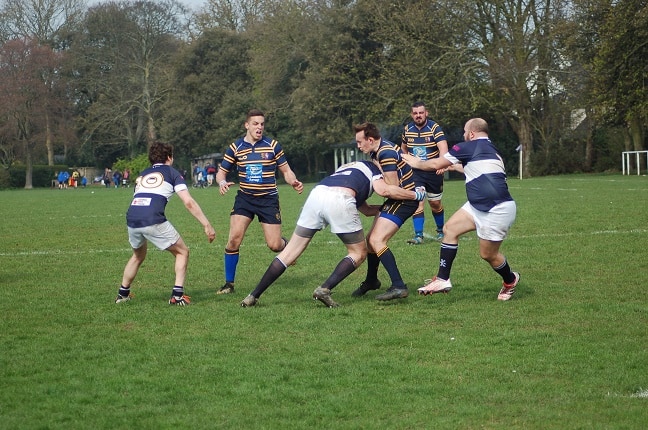 Some great work from Mirams at a breakdown earned a penalty and Roe again went close before Knight scored his second try of the afternoon. He received Walton’s offload out of a tackle to touch down and make the final score 57-12. Head coach Tom Carlier was delighted with the performance that was a pleasure to watch and one of the side’s top exhibitions of the season. The resolve of the team was evident throughout with outstanding performances from Wanderers talismanic number eight Andy Letts and Neil Wakefield whose pinpoint throwing at the line-out nullified the height advantage of the visiting pack. The man of the match was however Tom Walton whose mature and aware performance brought him the  richly deserved award.

There is bad news that Warren Riddell-Broomfield has sustained a double fracture of the leg that necessitated surgery and a stay in hospital. ‘Wozza’ has become an invaluable and popular member of Wanderers pack from which he will inevitably be missing for many months. It is particularly difficult for the self employed player who Wanderers will support in all possible ways. Good luck for a complete and speedy recovery. 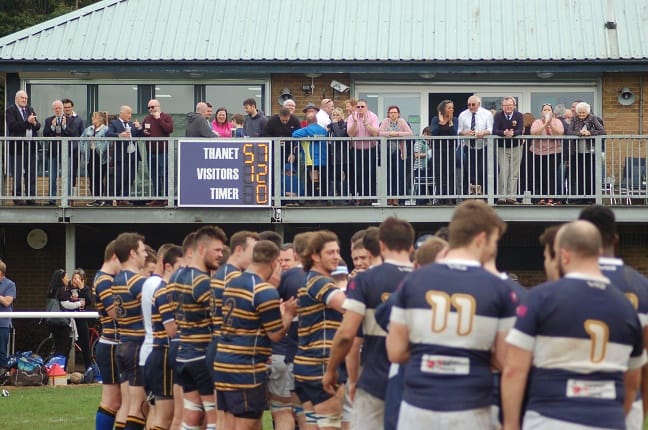 It is the final league match of the season versus Crowborough next Saturday, April 21. Please note that kick off will be at 2pm.