The firm aiming to bring aviation back to Manston airport has today (April 9) despatched its Development Consent Order (DCO) submission for the site.

A  DCO is the means of obtaining permission for developments categorised as Nationally Significant Infrastructure Projects (NSIP). This includes energy, transport, water and waste projects.

The proposals are for a £300m project to create an air freight hub with passenger services and business aviation.

The DCO application includes an Environmental Statement, a four-volume Economic Assessment, plans and drawings of the proposals and a report on the one non-statutory and two statutory consultation exercises, undertaken across 2016, 2017 and 2018, to which over 4200 responses were received. 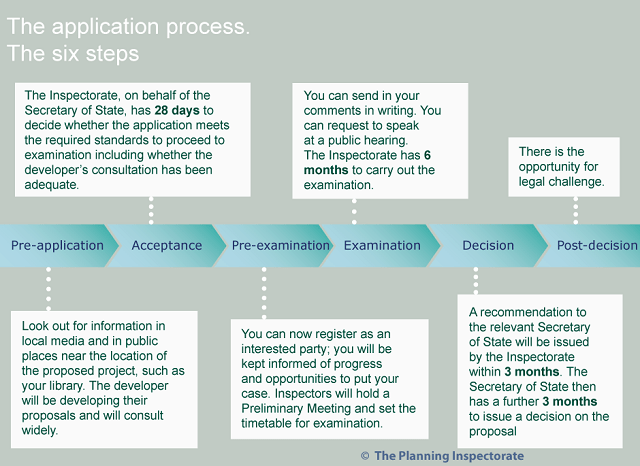 The despatch marks the start of the ‘Acceptance’ stage of the DCO process. There will now follow a period of up to 28 days for the Planning Inspectorate, on behalf of the Secretary of State, to decide whether or not the application meets the standards required to be accepted for examination.

The Manston proposal is the first airport DCO application to have been made under the Planning Act 2008.

George Yerrall, Director of RiverOak Strategic Partners, said: “This is a hugely important moment for us, but I also recognise that it is a significant moment for many people across Thanet and East Kent too. On behalf of all of the directors of RSP I would like to thank the entire team who have worked incredibly hard, over several years, to get us to this point – and also extend my thanks and appreciation to all those in the community that have supported us on this journey.

“We must now wait for the Inspectorate’s decision as to whether we proceed to the examination stage of the DCO process. We have certainly endeavoured to do everything we can to deliver a grounded, detailed and evidence-based application that will meet PINS’ requirements, and I therefore hope and expect that today will mark the start of the next phase of our commitment to reopening Manston airport and, in doing so, help to deliver the employment and prosperity for East Kent that it so richly deserves.”

A spokesman for campaign group Save Manston Airport association said:”Save Manston Airport association are pleased that RSP’s application has moved to the second phase of the process. We don’t anticipate any further information until the Planning Inspectorate announce their decision, which we hope will be to accept the application for examination. Consequently, we do not expect to be making any further statements until the decision is announced.

“There is still a long way to go in this process but most stages from now on have a legally defined maximum duration.

“We know that once the application has cleared this hurdle a decision on whether to grant a DCO is expected  in 2019.”

“I cannot pretend that I have read all 10,500 pages of the submission but I know enough to say with confidence that this collection of documents gives the lie to those who have said that RiverOak does not have the resources, the determination and the attention to detail necessary to see this project through.

“I trust that the Planning Inspectorate will accept the application for full public examination so that we can now move forward to the Development Consent Order necessary to get the airport up and running again as soon as possible.”

A verdict on the DCO is expected by April next year and, if granted, the airport is scheduled to open in the Summer of 2021.

However, the site belongs to Stone Hill Park which proposes to build 3,700 homes, schools, nurseries, GP surgery, community hall, children’s playgrounds and sports facilities;46,000 sq metres of employment floorspace; a heritage airport  reusing the western part of the runway, a sports village and a country park.

But the publication stage of the plan was voted down on January 18 and last month this resulted in the announcement of possible central government intervention.

The Government’s Chief Planner and a team of experts will be sent to the isle to assess whether the plan needs taking out of the hands of Thanet council.

Chief Planner, Steve Quartermain CBE and the team will report back to the Secretary of State who will then take a final decision on formal intervention later this year.

In addition, the Ministry of Housing, Communities and Local Government will conduct formal discussions with Kent County Council and neighbouring east Kent authorities to see if they could take over plan production on the Secretary of State’s behalf.

SHP say the failure to progress the local plan does not affect the planning submission.

Trevor Cartner, Director of Stone Hill Park Ltd, said: “We are pleased that RiverOak Strategic Partners (RSP) has finally submitted their Development Consent Order (DCO) application, which will now be considered by the Planning Inspectorate. This will deal with the issue once and for all.

“Stone Hill Park Ltd (SHPL) will contest the DCO application and any subsequent hearing rigorously. We are absolutely convinced that we will win, as the DCO proposition being advanced by RSP is built on a foundation of sand.

“The quicker the DCO process is dealt with, the quicker Stone Hill Park will help to kickstart the economy of Thanet as a whole.

“We will submit our revised outline planning application to Thanet District Council by the end of May.”

The proposals have been backed by campaign groups such as No Night Flights and the Kent branch of the Campaign to Protect Rural England (CPRE), which said the environmental and social impacts of noise and air pollution of an airport outweigh the claimed economic benefits.

CPRE Kent said mixed commercial and residential use would offer “more realistic employment opportunities and provide for the prospect of safeguarding the best and most versatile agricultural land which would otherwise be required to meet Thanet’s objectively assessed housing need.”