The Turner Prize winner, who is soon due to return to Margate after gaining permission to create a flat and studio in the town, was invited to the official opening day at RAPS on Friday, April 20 – one of the school ‘houses’ is named in her honour.

Although the school opened last September the official opening date marks the completion of the last bit of the build – a dance studio.

Tracey will be travelling and so, unfortunately, is unavailable for the ceremony but RAPS pupils may get their own special visit from her. In a reply to the school she told them she would “very much like to pop in to visit the art department at a later date.”

She thanked pupils for writing her “a lovely letter” and wished them “every success with the event and best of luck.”

Head of School Nick Budge said: “We are thrilled Tracey Emin has replied and it is brilliant that she hopes to come in and see our art department – that would be something so special for our arts school.

“It is a pity she cannot be with us to mark the official opening, but we understand she has a hugely busy diary that is prepared many months in advance.”

Tracey Emin is joined by three other international stars from the world of art, music, drama and dance as the inspiration for the names of the school house system. 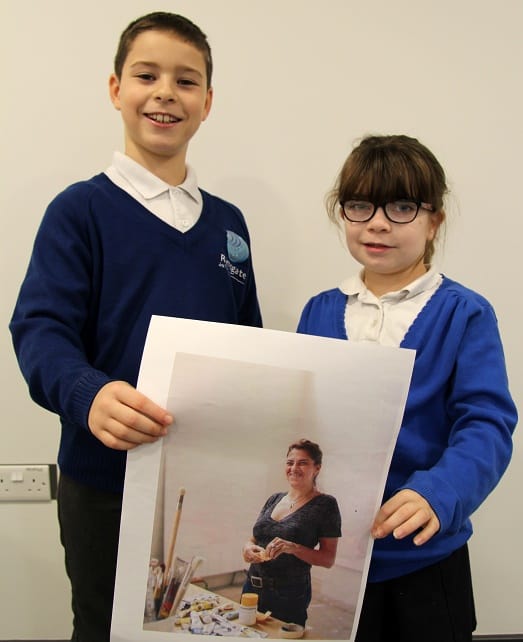 Mr Budge added: “We chose the House names to reflect inspirational and innovative people from the arts world to be our ‘House Heroes’.

“The children are very aware that Tracey Emin comes from Margate and that she has very close ties with the area and hopes to establish a studio in the town.

“Our school has a strong link with the Turner Contemporary Gallery at Margate and we know Tracey Emin is very heavily involved with it too.”