A Margate carnival queen is appealing for support for two charity events.

Stephanie Thompson, along with the Margate carnival court, is planning to raise funds for the Teenage  Cancer Trust and The Children’s Society.

The 17-year-old, who was selected as the new Margate carnival queen last month, is taking part with her court in a 10-mile walk from Minnis Bay to Reculver and back on Saturday, April 14.. She is hoping for local sponsorship and  community support.

The walk will raise money for the Teenage Cancer Trust and is in memory of East Kent College catering student Emily Mackay.

Emily Mackay (pictured below) was diagnosed with a rare bone cancer, osteosarcoma, in November 2013, when she was just 17.

Despite her illness Emily returned to college after undergoing a year of treatment and launched Emily’s Dinner in aid of The Teenage Cancer Trust. This later grew into the campaign #inspiredbyEmily.

She lost her battle with the disease in 2016.

The Teenage Cancer Trust helps to improve the lives of young  people aged 13 to 24 who are affected by cancer. The charity’s key service is to provide specialist teenage units in NHS hospitals.  It also trains and funds teenager cancer specialists. 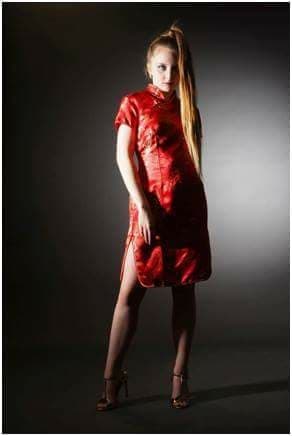 Stephanie, who gained Miss Teen Margate and Margate Carnival Princess titles last year, will also be taking part in a fashion show in aid of The Children’s Society on April 15. The society helps vulnerable young people to make sure no child feels alone.

To raise funds and awareness of the society Jessica Louise Occasion Wear, who Stephanie models for, is hosting a fashion walk at Southbank and the Thames along with 6 other designers – Jayne Elizabeth Millinery, La Mo Designs, Linda Blissett, Rochelle Melbourne – Forever Divine, Gerda Truubon and Chanel Joan Elkayam. 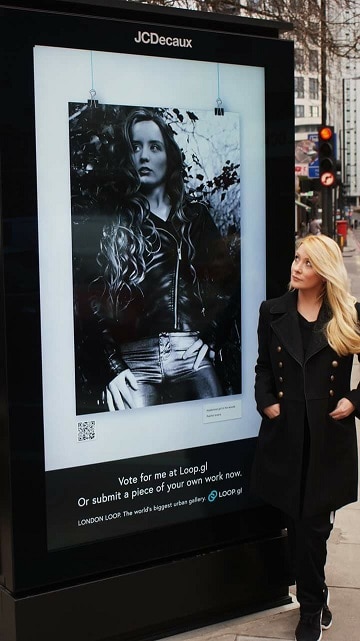 The former Royal Harbour Academy student has also had her photo displayed on billboards and at train stations and bus stops across London.

The photo, called Mysterious Girl and taken by Rachel Evans, was one of the winning images in a daily public vote run by the London Loop Gallery.

The images are displayed across London and the photographers have the chance of their picture going forward for the London Loop Grand Prix prize of £10,000 and a trip to New York. The category winners and overall winner will be announced in May.