Spring must be here – the Broadstairs Information Kiosk has opened for the season!

At the heart of the kiosk are the 48 volunteers who greet visitors to the town and point them in the right direction and advise on the nearest fish and chips or how far it is to walk to Botany Bay.

The Broadstairs Information Kiosk opened on Thursday (March 29) to good weather and was attended by The Mayor and Mayoress along with Cllrs Dave Saunders, Mave Saunders and Jason Savage (Tourism South East). 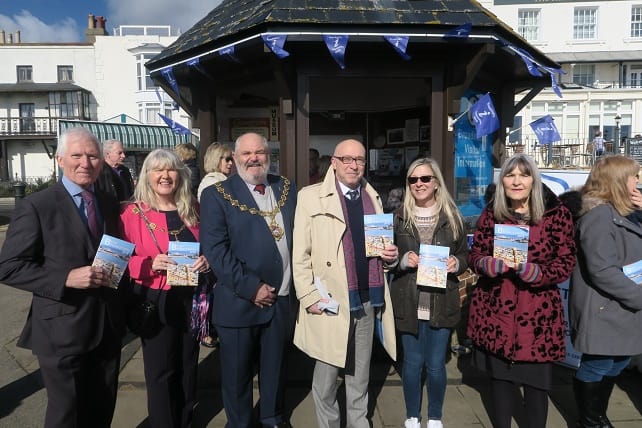 The Busy Broadstairs magazine was also launched  on Thursday and nearly 800 copies have been given out to visitors and residents in less than a week. 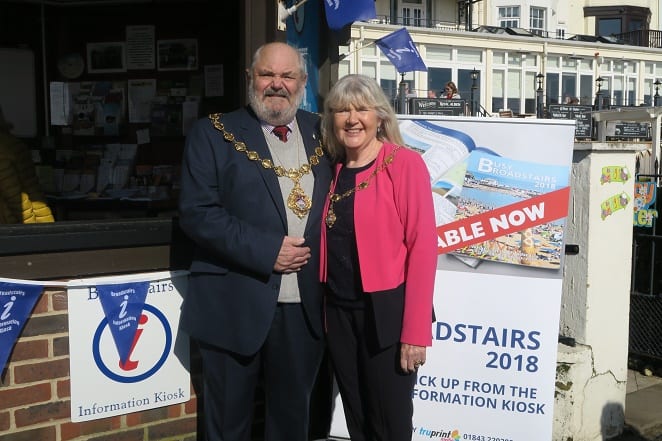 The kiosk was a pilot project for 2011 but from 2012 has been a fully functioning operation.

It is open 10am to 4pm every day, except the last two weeks in April and first three weeks in October, excepting weekends. 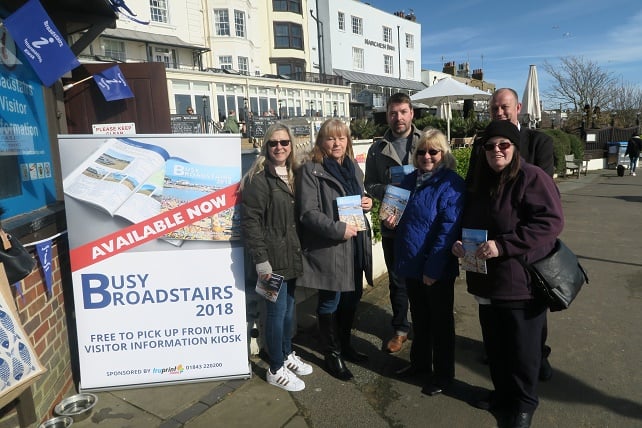 The kiosk is supported by local businesses and organisations including: