A Westbrook construction worker and author of women’s fiction has been inspired by the plot of one of his own novels to undertake a 100 kilometre trek in Nepal.

Stephen Haughan, 52, will take part in the gruelling challenge to raise funds for The British Red Cross volunteers who are part of the relief effort following the devastation of Nepal by an earthquake in 2015.

The 7.8 magnitude quake struck in April of that year. A second quake of 7.3 magnitude hit the country just weeks later.

The result was thousands killed and injured and millions made homeless. At least 500,000 families still have not been able to rebuild their homes due to shortages of raw materials and the painfully slowly cogs of government.

Stephen’s Napal connection came from the writing of his series of books about two 80-something sisters, Esther and Minnie, who embark on a road trip to Raipur in the Indian subcontinent in their classic 1965 Morris Traveller, affectionately know as Vivien.

The trip takes them through ten countries, including Nepal.

In the first novel of the Peshwari Nans series, which currently is made up of three books, Stephen wrote about the tragedy in Nepal and included a link at the rear of the book for those that wanted to donate. 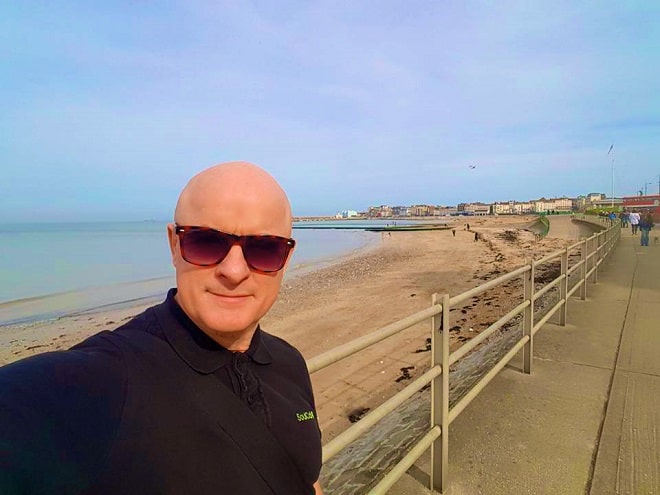 That part of the ‘Nans’ journey has now prompted him to make his own trip in October to aid the work of the Red Cross volunteers.

He said: “The trek will take place over ten days and I will be travelling from Thanet alone but will hook up with likeminded trekkers en-route.

“I have an extensive mostly female following, although there are a few gentlemen readers all of whom have become friends of mine, not only in the UK but in the United States, Canada and Australia too.

“I am hoping these new friends and readers will support my efforts in raising at least £3000 for the volunteers of the Red Cross,

“Whilst in Nepal myself and the other trekkers will be helping with the relief effort for at least two days, which I am thrilled to be doing.”

Stephen, whose third Peshwari Nans book – Written In The Stars – was published last week, says he will have notebook and pen to hand during his trek. 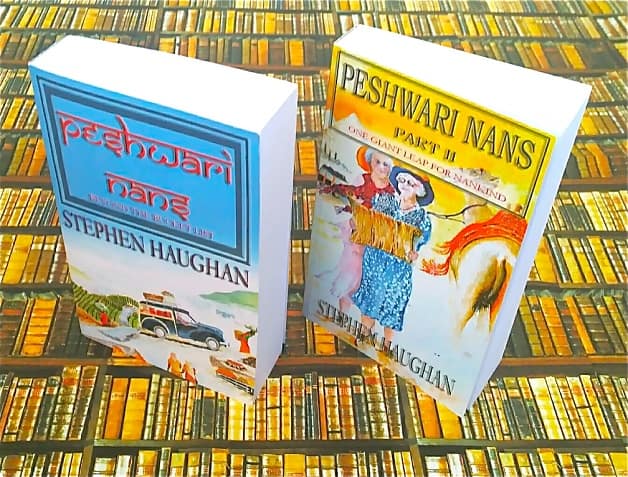 The dad-of-three published his first book of the series in 2016, The tale is centred on the two sisters who are forced to leave the comfort of their one-bed Whitechapel flat to fulfil the dying wishes of a friend.

In Peshwari Nanas the pair undertake the epic road trip from London to Raipur. The second instalment, published last year, – One Giant Leap for Nankind – followed the pair as they travelled to the pyramids of Egypt via Dubai and Written in the Stars charts their journey to the USA in search of lost love and answers.

Stephen had previously published three other novels, including Some Day We’ll Be Together – dealing with the subject of breast cancer – in memory of his sister Lillian who lost her battle to the disease in 2002.

The books are available in kindle and paperback from outlets including Amazon.

Find out more about Stephen and the adventurous nans here