A project to restore the Festival of Britain fountain in Ramsgate moves to the next stage this week.

The fountain, in Victoria Parade, was erected in 1951 to mark the festival of Britain, opened by  King George VI  to mark the centenary of the Great Exhibition of 1851. It was intended to demonstrate Britain’s contribution to civilisation, past, present, and future, in the arts, in science and technology and in industrial design.

Ramsgate marked the event in August 1951 with the illumination of 30,000 lights, switched on by town beauty queen Dinah Sheridan (pictured below).

The fountain, which had fallen into disrepair, will now be brought back to its former glory.

East Kent College students have been working with Ramsgate Town Team, town council and The Friends of Ramsgate Seafront (FORS) on the fountain and other community projects since last year.

Late in 2017 the pump was removed by students from plumbing and electrical courses under instruction and supervision of EKC Skills Practitioners.
The electrical components in the control box were assessed.

Since then the pump has had faulty parts replaced, been  repaired and serviced and is now in a fully working state.
Electrical components needing repair or replacing have been obtained and are ready for installation.

This Wednesday (March 28) will be the start of the clean up process. The fountain structure will be fully stripped back to its original state which will allow structural inspection and any repairs to be properly carried out.

Two teams of EKC students will work on the clean up. 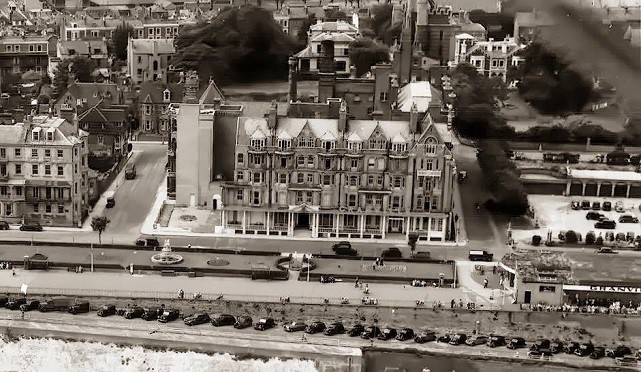 FORS organiser Andy King said: “After this process we will be at a better stage to understand what will be needed and how much that will cost us to bring this fountain back in to use.

Message Andy via The Friends of Ramsgate facebook page here