Author and cook Chetna Makan and television chef Ainsley Harriott have helped make a topic about baking a recipe for success at Upton Junior School in Broadstairs.

As part of their Year 5 project Bake It, pupils staged their own mock cookery show called Ready, Steady, Bake Off in the main hall in front of fellow pupils and staff.

Chetna, whose children are Upton pupils, reached the semi-finals of the television competition Great British Bake Off in 2014. She has worked with pupils during their topic work baking and decorating cupcakes. 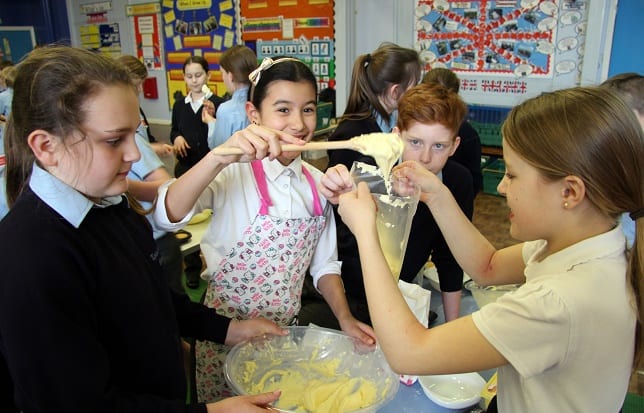 Ainsley, who hosted Ready, Steady, Cook, was asked by Chetna to send pupils a surprise good luck video message. It was played before the Upton Bake It assembly presentation where two teams acted out a challenge to bake a loaf of bread.

While the Red Peppers and Green Apples teams were busy showing what they would do, other pupils explained the science behind the different processes involved. 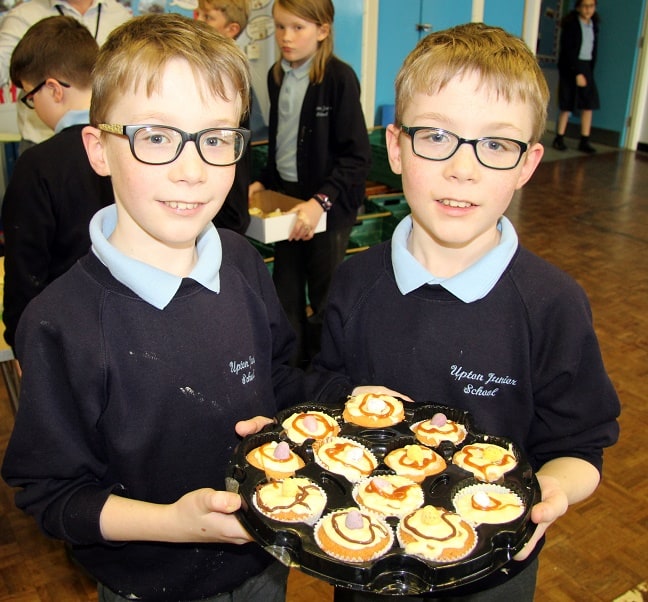 Chetna, who was in the audience, said: “It was a lovely presentation, and contained a play about a bake off challenge. It was an interesting assembly and a good way to get across important information too with each step of the process explained well.

“I also worked with the children to prepare, bake and decorate cupcakes. They showed a really good understanding of the topic and were creative too.

“It is important that children develop skills such as these, and vital that they understand about healthy and nutritious food and ingredients. It also makes them aware of the problems facing us with foods that contain too much sugar or which are far too processed.

“It was clear that they were really having great fun being creative in the kitchen.” 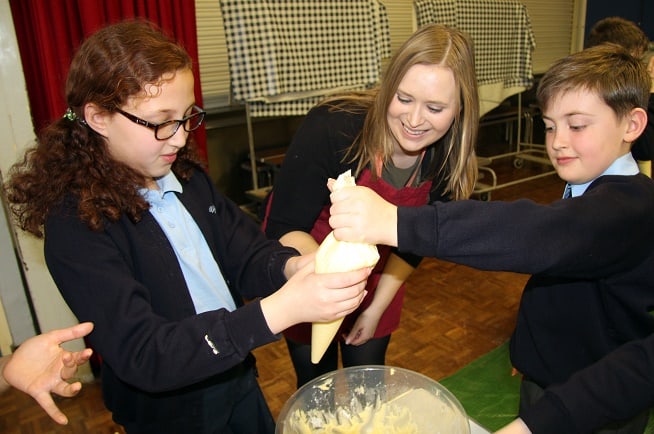 Teacher Nicola Sedgewick, head of Year 5, said: “The mock Bake It assembly was fun and informative, and it was brilliant that Chetna was able to get us good luck message from Ainsley Harriott.

“Chetna’s input to our Bake It topic was excellent and she advised and encouraged our children as they worked in teams of four over two days to mix, bake and decorate their cupcakes. It was a fun topic overall with lots of important aspects including baking techniques, nutrition, and healthy eating.” 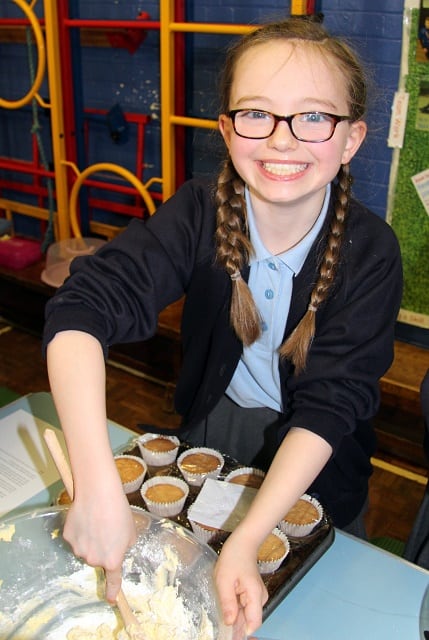 Ingredients used by the children for the cupcakes were butter, eggs, caster sugar and vanilla extract. They also made their own buttercream using butter and icing sugar to decorate the cakes with caramel sauce and chocolate eggs. 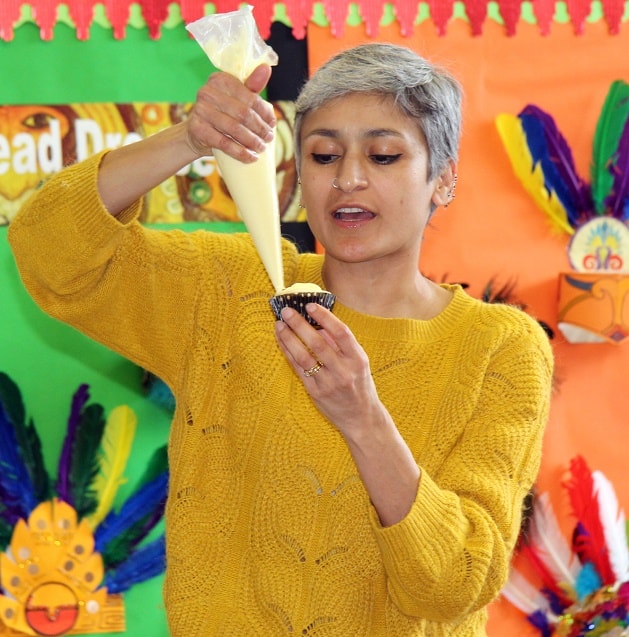 Chetna’s first book ‘The Cardamom Trail‘ was released in in 2016 and it encouraged readers to discover rare but precious traditional bakes from India, as well as new spice-infused recipes. Her second book ‘Chai, Chaat and Chutney‘ is an ode to her travels through India and the incredible food she discovered on the way.

She said: “I love to cook, whether it is a simple chutney or a complicated recipe. I have been greatly inspired by my mum’s cooking who has taught me everything I know about flavours.

“I trained as a fashion designer in Mumbai and moved to Broadstairs ten years ago. I have always loved cooking but after having my two children I found my interest in baking grow. I am a creative yet meticulous baker, and find baking a perfect outlet for my creativity.

“Trying out new techniques and challenging myself is what keeps me going. Being on Great British Bake Off 2014 has been an amazing journey and has given me the confidence to try new combinations of flavours. I will always cherish this experience and the time I spent in the tent with my fellow bakers.”