Emergency services have attended a fire in the rubbish chute at Invicta House.

Fire crews were called to the block of flats in Millmead Road, Margate, at 1.30pm  following reports of smoke on the 8th and 9th floor.

The call out was caught in this photograph by Samuel Eales 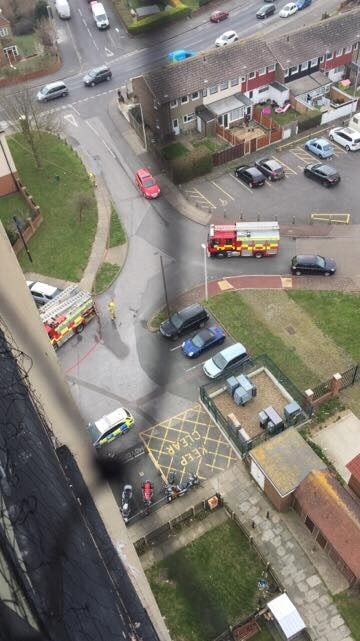 Firefighters confirmed the smoke was coming from the building’s rubbish chute. The fire was extinguished, and crews used a high pressure fan to clear the building of smoke. There were no reported injuries.