A Cliftonville car park will close for good on April 22 as part of a heritage project to turn it back into communal gardens.

The proposal is to redesign the car park area, entrance and signage, removing the 18 car parking spaces currently inside the area, and instead creating 7 new parking spaces across the former car park access area on Dalby Square.

The car park area will become gardens with dark green/black metal railings and plantings. The bottle banks will be retained, with switched access so they can be emptied from the east (road side) rather than west (current car park).

This proposal will reduce the car parking in the area overall by 12 cars. This meansda loss of 19 spaces (18 in the car park, plus one on Dalby Square needed to access the recycling bins), but as the entrance to the car park will be lost, an additional 7 cars can be parked against the pavement at the north end of Dalby Square. 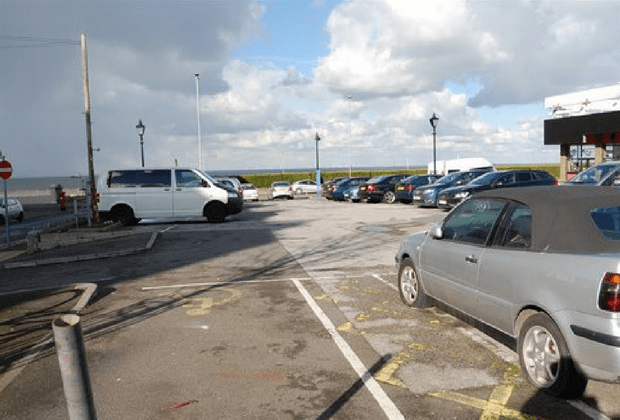 The scheme is part of The Dalby Square Townscape Heritage Initiative (THI) which began in January 2013 and will end this year.  It is a £2.5million scheme dedicated to preserving the unique heritage of Dalby Square.

The car park was traditionally part of the overall Formal Gardens.  It was converted to a car park in the 1960s.

Through the scheme, Thanet council aims to reconnect the car park space with its historic past as part of Dalby Square’s open space.

Planning permission was granted in June 2017.

Cars need to be off the site by the end of Sunday, April 22. Contractors will begin work the next day.

The scheme is backed by the Dalby Square Residents Association, the organisation which led the new garden project at of the southern part of the square and have been looking after the garden since 2006. The Dalby Project will also maintain the planting in this new part of the garden.

Potted history of the Square