An app that brings exhibits to life with information, puzzles and animation has been launched at Margate Museum.

The museum, and Tudor House, are the first venues in Kent to install the GAMAR app which is triggered by exhibits and boards to display the interactive elements on smartphones and tablets.

The Augmented Reality App, which is in use at the British Museum, has the technology to create graphics, animations, and videos to be layered upon real environments, which provides a way for museums to bring collections into the 21st century.

Created by GAMAR the app can be used for family trails, educational games and interactive audio tours.

Three tours have been created using GAMAR, two at the museum and one at Tudor House. 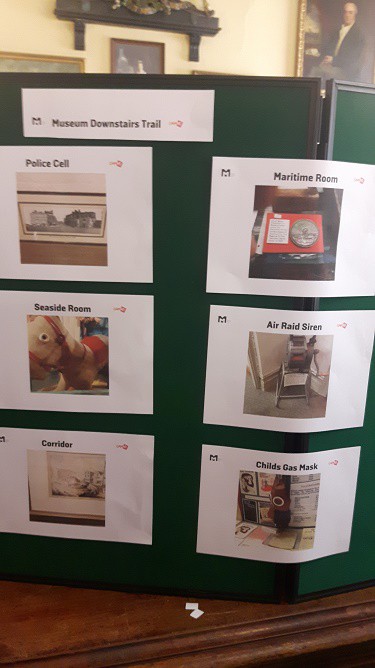 Display boards featuring posters of the included exhibits also trigger the trail meaning anyone can experience it even if reduced mobility means they cannot physically get around the sites.

Stories and games include rebuilding Cecil the skeleton, capturing a selfie in period dress at the costumes, enjoying a crackling fire at Tudor House and experiencing the inside of a police cell. 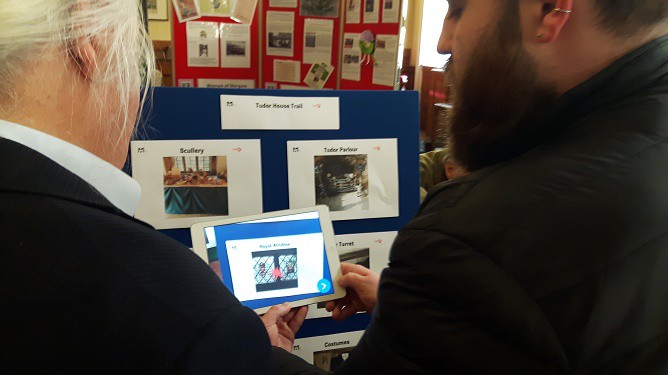 Visitors to the two sites can either download the GAMAR app for free onto their own devices or there will be three ipads available at the museum and another two at Tudor House. 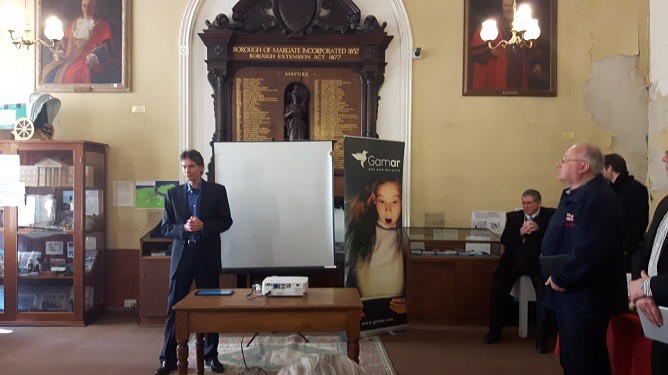 Launching the new technology Margate Museums Trust chairman Robin Haddon said: “We feel the museum can be the third pillar of nostalgia and history with a modern twist through technology in Margate, alongside Turner Contemporary and Dreamland.

“We feel with the introduction of this (GAMAR app) will garner more interest from families, kids, students and adults.”

The museum is run by volunteers and reliant on donations and sponsorship.

Investment for the GAMAR technology came from a London businessman with a Margate history. 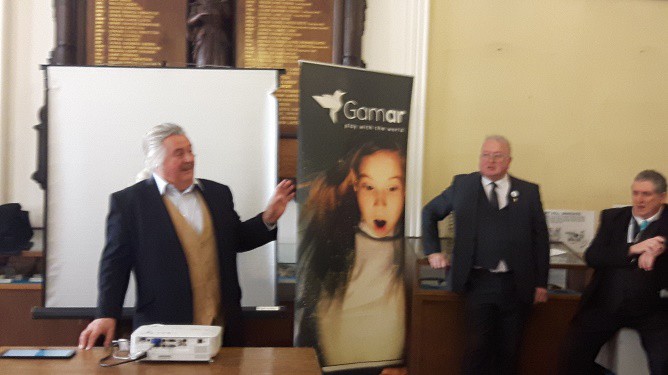 Andrew Purloff told the gathering he had spent many childhood holidays in the town and these became even more memorable when his father bought The White Hart Hotel on The Parade.

Talking of the pub, the characters and the time spent working there with his two brothers and sister Mr Purloff said the help of Margate residents had been invaluable to getting the business running.

He added: “Our family is happy to contribute and hopes it will help other families build happy memories like ours.”

Mr Purloff said he had been visiting the town when he saw the museum notice asking for small donations.

He added: “I discussed it with my brother and we decided we would make a  big donation which would sustain the museum for at least the next few years and hopefully see it in perpetuity.”

The launch was also attended by Nick Bingham of GAMAR wo explained how areas such as Guernsey use the technology across the island to bring to life everything from history to food and drink trails.

Margate Museum director and trustee Ian Dickie said: “We are really excited about its potential, particularly as an essential aid to disabled visitors.”

Margate Museum is at Market Place and the Tudor House can be found at 60 King Street, Margate

Saturday and Sunday 11am to 5pm

Summer hours (May to September)

Wednesday, Saturday, Sunday and Bank Holidays 11am to 5pm