There were turnips on display when  Baldrick fans packed The Pavilion on  March 10 to welcome Sir Tony Robinson  to Broadstairs.

The actor, presenter, author and comic genius who, we  decided, must by now  have national treasure status, delighted the audience with hilarious tales of stage and screen from his childhood start as the Artful Dodger in the west end production of Oliver to that going-over-the-top iconic Blackadder finale.  The queue for signed copies of his memoir No Cunning Plan (Pan Macmillan) – stretched a while… 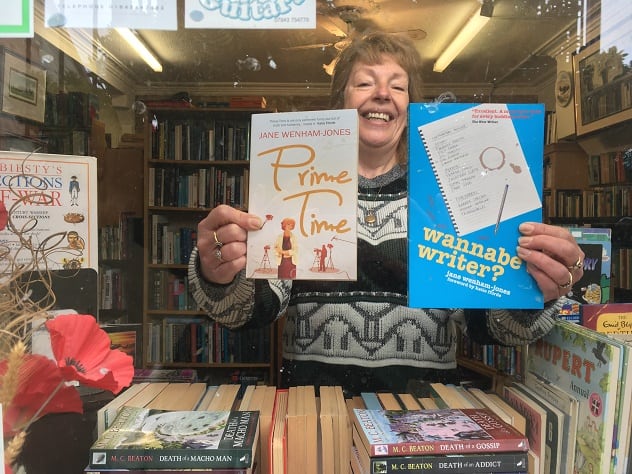 And on the subject of paperbacks –  six years ago, Carol Clarke invited me to visit the bookshop she’d opened in Cliftonville with her husband, Dave. It sounded delightful – I love a second-hand bookstore – and I promised to pop along. Last Sunday I finally made it!

Tiverton Books is tucked away beneath the Smiths Court Hotel and offers good quality, used books across a range of subjects and genres, quirkily laid out without category headings under a system that Carol knows like the back of her hand, but which is suitably cryptic to ensure the potential buyer gets to have a good browse.

With everything from Blyton to Dickens to Jilly Cooper to a tome on quilting, there is something for everyone (I left Carol a couple of my own works – pristine and unread – if you want a bargain) without breaking the bank. I came away with four thrillers for under a fiver. Wish I’d got there sooner!

Open every Sunday from 10 am to 2pm

For anyone with writing dreams of their own, the Kent Festival of Writing started life 3 years ago and welcomes “all writers from absolute beginners and those writing just for fun, to would-be and established authors at all stages of their careers.”  The day aims to provide “inspiration, support and the opportunity to develop skills with hands-on workshops designed to encourage and inform.”

Director Sue Basset is a writer herself and has recently acquired an agent for her Gothic thriller which is currently being submitted to publishers. “I know how important it is to meet other writers,” she says. “Their support and encouragement, along with the advice I have received from published authors and tutors, have been invaluable on my journey. I wanted to provide something similar for aspiring writers which was accessible and local.”

Events include workshops on blogging, finding your writing voice, interviews with published writers and a mystery book swap. (I’d be there myself but I shall be teaching elsewhere – at the fabulous Chez Castillon – if you have dreams of writing with sunshine and wine, check this out too www.chez-castillon.com)

Kent Festival of Writing will be held on Saturday, April 14.

For details and tickets see https://www.kentfestivalofwriting.co.uk

Back here in Thanet, the writing scene is flourishing too with the well-established Isle Writers group  being regular and entertaining  contributors to the monthly Broadly Speaking sessions hosted by BroadstairsLit. The group meet regularly for discussion and critique sessions and have produced an anthology Small Things. Find them on facebook at https://www.facebook.com/IsleWriters/

If you have a story to share, or would simply like to listen, Broadly Speaking is held on the last Sunday of each month at the Yarrow Hotel, Broadstairs from 7.30pm.  Visit https://broadstairslit.co.uk/broadly-speaking-3/ for the full lowdown. 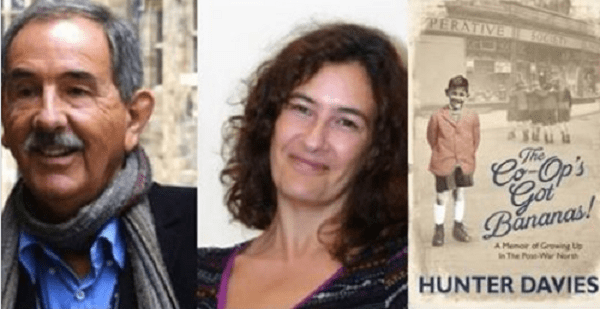 And if you really like a good yarn, then the BroadstairsLit guest for April has more tales than you can shake a stick at. In his memoir A Life in the Day (Simon & Schuster) witty raconteur Hunter Davies reflects on life in London in the  Swinging Sixties, his time as editor of Britain’s first colour weekend supplement The Sunday Times Magazine; his friendship with the Beatles (he wrote the only authorised biography of the group)  and his partying with and ghost-writing for some of the biggest names in television, film and theatre of the day.

We’re talking  Sir Michael Caine, George Best, Melvyn Bragg, Dame Joan Bakewell, Sir Sean Connery, Cilla Black, Paul Gascoigne, and Wayne Rooney among others. It is also a moving account of his deep love for and marriage to the acclaimed novelist Margaret Forster who he sadly lost to cancer in 2016.

Hunter will be joined by their  author daughter Caitlin Davies, whose latest book Bad Girls  (John Murray) is a fascinating look at the history of Holloway prison. Both will be in conversation with me, spilling the beans about all of this and more.  Come along – it’s going to be riveting!

Hunter Davies and Caitlin Davies will be at The Yarrow Hotel, Broadstairs at 7pm on April 6.

Tickets at £15 include a welcome drink and canapés.

Friday, May 11 –  Extra Time with James Brown. The TalkSport host talks about male friendship and his love of football

Click here for details of all events and how to book