A nan-of-four from Cliftonville is threatening to take legal action against G4S patient transport after she was left for more than six hours waiting to get home from St Thomas Hospital in London – and ended up having to get a taxi.

G4S provide patient transport for those to ill or frail to use public transport after NHS appointments on behalf of the NHS Clinical Commissioning Groups across Kent and Medway.

Sharon Mullen, 73, had eye surgery booked at the hospital for 7.30am on January 22. The G4S transport was arranged through the firm’s Medway office for as 5am pick up but the driver didn’t arrive until 5.45am and Sharon was more than an hour late for her appointment.

After finally getting a new time and undergoing anaesthetic and surgery Sharon was given a cup of tea and a sandwich and then taken to the transport office, at around 3.30pm, for her return journey.

Due to the general anaesthetic Sharon was told not to use public transport.

The former school receptionist was eventually allocated transport for 5pm. It failed to arrive. Sharon was then told 7pm and that too failed to turn up. 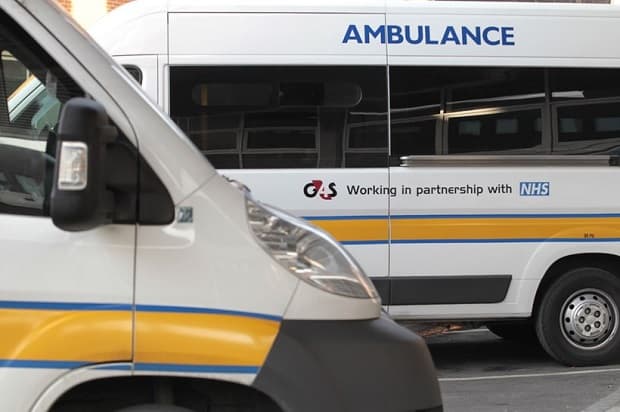 Sharon, whose husband Paul passed away in 2008, said: “A very kind lady working in the department helped us (Sharon’s escort) with hot drinks and just before she finished her shift she kindly brought me some water to drink – there was nowhere to get water or cold drinks in the Transport Lounge.

“When she finished her shift at 8pm, my escort and I were the only females waiting.  I was extremely vulnerable as I had had a general anaesthetic, was in terrible pain and one side of my face had bandages covering the eye.  My escort, who is a trained, experienced carer, was extremely worried for my safety.  Not once did G4S enquire after me or my escort’[s condition – they never asked if we had additional health issues or if either one of us was diabetic.

“Due to having an anaesthetic, I was told that I could not use public transport as it would be unsafe.  I wanted and needed to get home so that I could get to bed and recover from my stressful day!”

A vehicle was eventually sent for patients travelling to Canterbury but there were already two others sharing that car.

By 9pm there was still no transport for Sharon, who had been up since 4am. 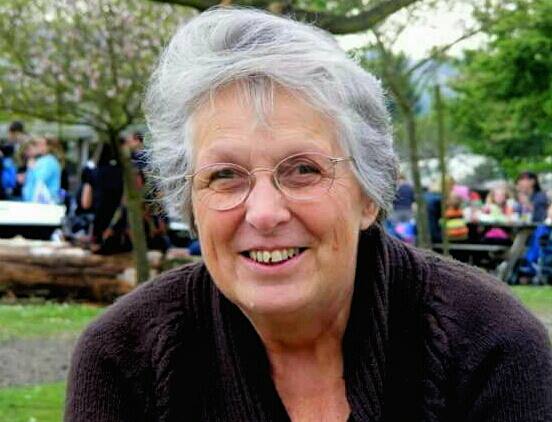 She said: “I was now hungry and thirsty and in a lot of pain.  My one painkiller had worn off hours before.  I had been up since 4 am and had waited over six hours waiting for transport to take me home as had been pre-arranged! I was mentally and physically exhausted and needed to be home.

“My family in Margate were now extremely concerned for my safety and that of my escort as we were the only two females sitting in the transport office waiting.  Friends got involved and sent emails and texts to their friends who worked in London asking for their help but sadly they had already left London and were either back in Margate or on their way.  We were stranded.

“A family friend became very concerned about me and offered to arrange for an Uber cab to pick me up and drive me home to Margate, at a cost of £112.59.  They arrived at 9:45pm and picked us up.  It was 11:30 pm before I reached home.

“I am now taking legal advice as I was totally let down. They were in breach of contract and no doubt are already aware that they will have to pay compensation and I expect a written apology.”

G4S Patient Transport Services Managing Director, Russell Hobbs, said: “We are mindful that patient transport is a vital service for the patients who use it and are looking into this particular complaint. We are committed to patient care and are continually looking for ways to improve and deliver a good service to all those who use our non-emergency patient transport service ”

Sue Luff, NHS  commissioner of patient transport services for east Kent, said: “This is not the service we want for our patients and we are very sorry for the distress this caused. We will be working with G4S to make sure this is thoroughly investigated, and corrective action taken.”

G4S Patient Transport Services Managing Director, Russell Hobbs, said: “We have contacted this patient to apologise for the poor service that she has experienced. We are investigating this complaint and will reimburse any costs incurred.
We are committed to patient care and have taken internal action in relation to the concerns raised by this patient. To prevent this from happening again we will be making further changes to our control procedures.”