A round up of some of the community news from the isle. 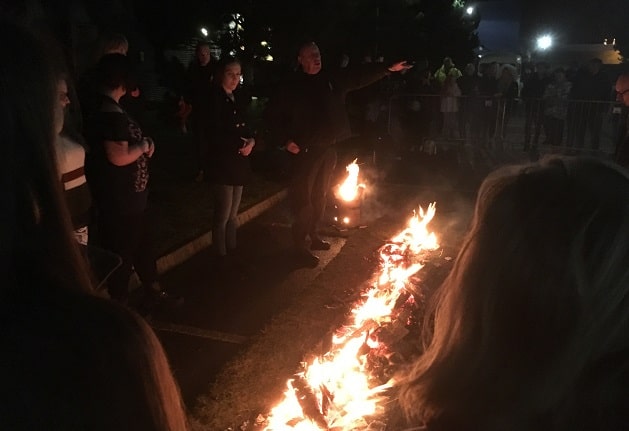 Up first was the Ice Walk Challenge, where courageous participants faced a walk across a terrifying six foot long walk across a bed of razor sharp glass.

The group then got all fired up for the Firewalk; a barefoot walk over red-hot wood embers measuring around 800 degrees!

Sponsorship for the event which currently stands at a total of £5,480 with the highest individual sponsorship currently standing at £700. The event also took place over the weekend in Ashford and will happen in Canterbury towards the end of this month – with the overall fundraising total for all three events expected to reach 30,000.

Robert Grew, Events Fundraiser for Pilgrims Hospices, said: “It was great to see so many people braving the barefoot walk across the red-hot embers and broken glass. You could see how much it meant to each person once they had made it across the flames and conquered their fear. They were beaming from ear to ear. And so they should be! They’ve all raised an incredible amount of money in support of local hospice care; vital funds that will mean Pilgrims Hospices can continue to be there for people living with an incurable illness and their families right across east Kent.

“We’d like to thank Saga for hosting this brilliant event, all our fabulous volunteers plus Lola and Company and Paul Incredible for supporting on the night too. Everyone’s support has been key in making these events possible. Sponsorship money is coming in currently and we can’t wait to announce to final total later this spring.”

If you’ve been inspired to take on the Fire and Ice Challenge for Pilgrims there’s still one more event in the series taking place in Canterbury on 24 March. Visit www.pilgrimshospices.org for details. 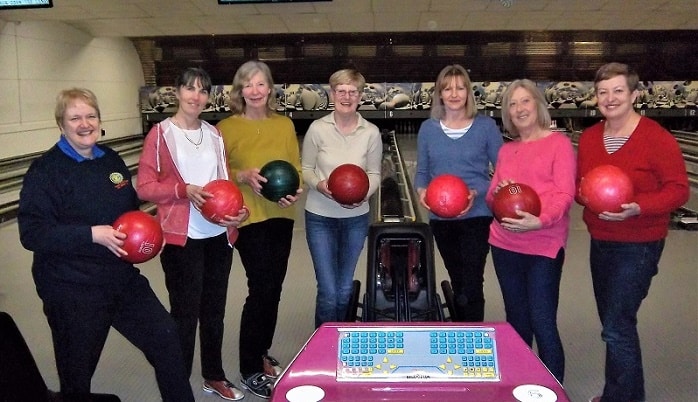 Seven of us gathered together to go ten-pin bowling at Bugsy’s on Thursday evening. We were a little short-handed owing to illness and holidays but we all participated with gusto. We were taking part in the District Ten-Pin Bowling Challenge, which is competed for every year for the honour of winning the prestigious Bowkett Bowl. After our games were completed, the winners who would go forward to compete for the prize were the two top scorers on the evening. Their scores will be added together, and then ranked in order with all the other clubs in District 12. District 12 comprises of 24 clubs spread across the whole of Kent, East Sussex and the London Boroughs on the Kent border, such as Bromley and Crayford.

We played two games, with very mixed fortunes. Some of us were definitely feeling the effects of having played the second game, and our scores dipped down, but others gained a ‘second wind’ and improved dramatically with the practice! The most spectacular bowl of the evening was Wendy’s when she almost threw herself down the alley, as well as the ball, and only by dint of a somersault onto the ground managed to throw the ball and get a strike after a nought on the first throw. 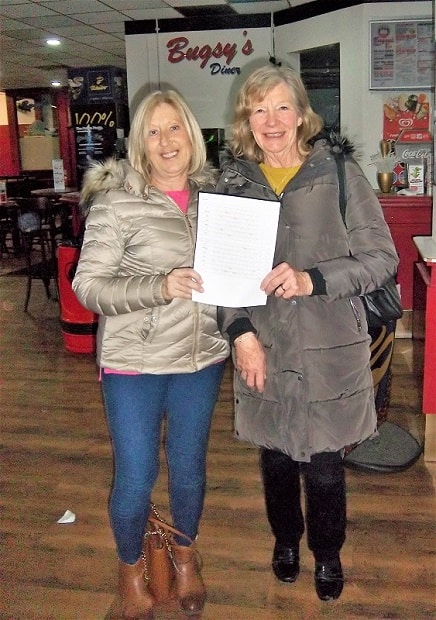 The two highest scores from the first game were Wendy Edmeades with 105 and Jan Harvey with 133; In the second game, Mo Reid scored 90 and Jenny Graf scored 112, so the two to be submitted will be Jan Harvey and Jenny Graf with a combined score of 245. The winners will be announced at the District AGM on June 20, so we are keeping our fingers crossed! 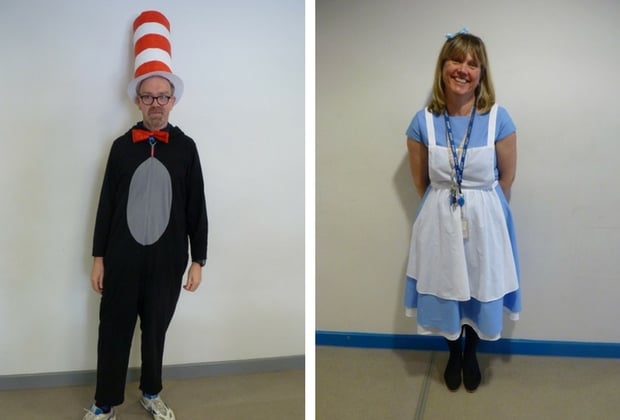 Like a lot of Thanet schools Laleham had a great World Book Day. It was a week late – due to the snow. But nothing would stop us! Pupils and staff really went for it, dressing up and joining in the activities in equal measure.

The club has two key meetings in March to which those who are not members will be interested.

On March 13 we are specially inviting those who might be interested in learning more about Rotary to come to our weekly meeting at 6pm for 6.30pm at the Pegwell Bay Hotel.

The speaker will be an Orpington Rotarian Clive Doubleday, who will speak about the work of the overseas charity ‘Smile’.

On March 16 in conjunction with Ramsgate Inner Wheel, the club will be staging its very popular annual quiz at St Peter’s  Church Hall. Tickets cost just £6 and it starts at 7pm.

We were delighted to support  Newington primary school in their efforts to prevent loneliness at ‘Newington Natters’. Pupils were asked to make contact with their neighbours and older relatives, inviting them to school to enjoy tea, cake and some jolly good company. Fun was had by all and a huge thank you goes out to Newington staff for making this such a warm and welcoming event.

Join our weekly social event at Copperfields in Melbourne Avenue, Newington every Thursday, 12.30pm – 3pm for chat, food and friendship. £2 per week.