The white-washing of a stunning mural in Margate created in memory of teenager Taiyah-Grace Peebles was carried out after Thanet council issued a Community Protection Notice – but there is dispute over what the removal order actually covered.

The artwork, opposite Kabuki in Marine Gardens, was created as a moving tribute to the 16-year-old who tragically died on railway tracks in Herne Bay last year.

Last Friday (March 9) Taiyah’s sister Delcie Sanderson said the mural, which had been fine in the morning, had completely gone that afternoon.

The obliteration of the mural caused outrage on social media with people calling for a petition to be raised to allow it to be repainted.

Family were not notified of the painting’s removal.

This morning (March 12) a Thanet council spokesman said the authority had not been involved in removing the mural. In response the property management company said it had been issued with the warning notice on February 15. 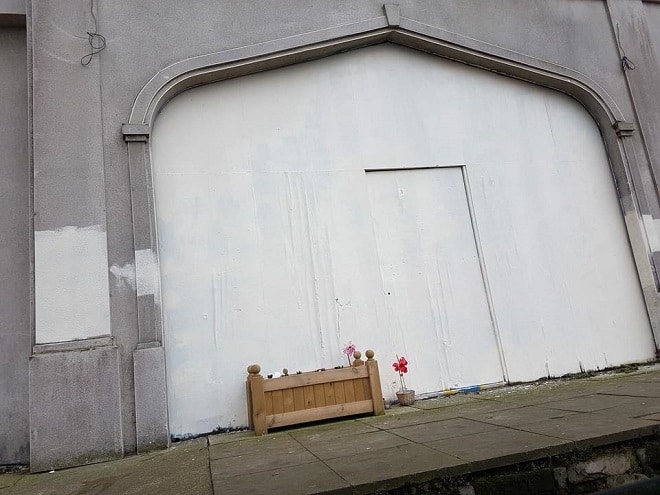 A spokesman for the company said: “The mural had to be removed as Thanet District Council served a Community Protection Notice/Warning, requiring removal.

“The notice said failure to remove would result in action under Section 43 of the Anti-Social Behaviour and Policing Act 2014. The fine for a business is up to £20,000.

“The purpose of the notice is to stop behaviour which is having a ‘detrimental effect on the quality of life of others in the locality, which is being occasioned on/in a property under your control.'”

But Thanet council say it did not order the whitewash of Taiyah’s mural.

A spokesman said: “Thanet District Council does not own the property and did not whitewash over the memorial mural.

“Following an increase in complaints about nuisance graffiti, ​​criminal damage and tagging across Thanet, we have been contacting private-property owners about sites that have been affected, giving removal and crime prevention advice and where this ​​guidance has not been followed, issuing notices.

“In December, we contacted the managing agent at Gate Quays as well as several other properties in the Margate Central area. A letter of advice and subsequently a warning letter was issued about the tags and writing on the side of the property.

“The mural in the arches of Gate Quays was part of a street art mural project and done with the owner’s permission. A follow up email, with accompanying photos indicating the tags to be removed was sent on 28 February.

“To be clear, the owners were not instructed by Thanet District Council to remove the mural, however they do reserve the right to paint over and renovate their property and have a responsibility to maintain it.”

On Friday Delcie said: “My family knew it wouldn’t be there forever but they could have contacted us to let us know so my family and Taiyah’s friends could have gone down there taken her planter and got last photos.”

The mural had been created by family friend and street artist Vince Pugh. A petition raised asking to reinstate the painting can be found here