Pupils from the East Kent Schools Together (EKST) partnership have taken part in a documentary-making workshop as part of the POW! Thanet festival.

The event was hosted by St Lawrence College in Ramsgate.

The subjects ranged from the Margate WI to female lifeboat crew members in Ramsgate; a local business run by women, supporting women around the world and a piece on the work of the domestic abuse charity, Oasis.

The participants conducted interviews around Thanet to produce short documentaries which will be shown at The Palace Cinema in Broadstairs on Sunday 11 March as part of the POW! programme. 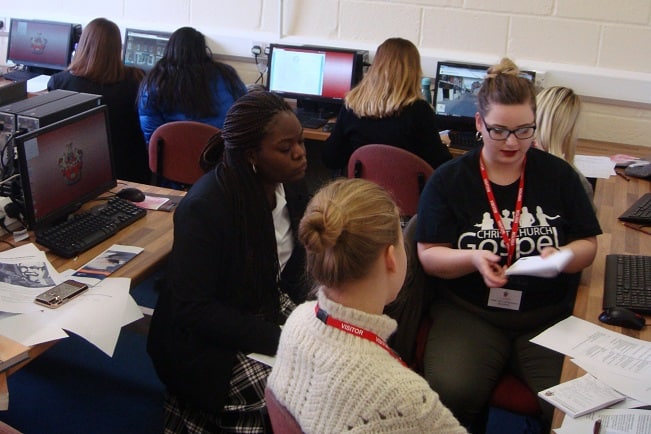 St Lawrence College Head of Sixth Form, Elle Matthews, said: “It has been a fantastic opportunity for the young women involved. They have developed a number of new skills to a high level and met some inspiring local women who have further opened their eyes to what they can achieve in the future.”

Vanessa, a student at St Lawrence College, said: “I stepped out of my comfort zone, learning a totally new process and working with different people who positively introduced me to different ways of thinking.”

Workshop leader, Lila Allen, said: “I have been very impressed by the students’ level of enthusiasm and engagement, with everyone working so well together. I am thrilled with the standard of the films they have produced that I will be proud to showcase in the cinema.”

The screenings are part of a larger event at The Palace which will screen a fascinating variety of short silent documentary and comedy films from the BFI National Archive, showing how women were portrayed on the screen in the 1890s-1910s.

Find out more about the event here