Flying over the Golden Gate Bridge in San Francisco, going into a roll or performing an amazing loop are all options for those willing to test out their pilot skills in an authentic flight simulator at the Spitfire and Hurricane Memorial Museum at Manston.

The museum has invested £16,000 in the Spitfire simulator which uses authentic World War Two controls and sits adjacent to museum’s Spitfire TB 752.

‘Pilots’ climb into the cockpit and need to navigate the craft using the internal instrument panel, control column, rudder controls, throttle and the three visual screens which can show the view from the aircraft, the view from the ground or of the craft itself.

He said: “Gerry and Ron both said it would be good to have a simulator. We then began the Manston Spitfire Experience project.

“It has cost £16,000, the panel is custom made and all the instruments function. The software was the most expensive element at £8,000 and is from Microsoft.” 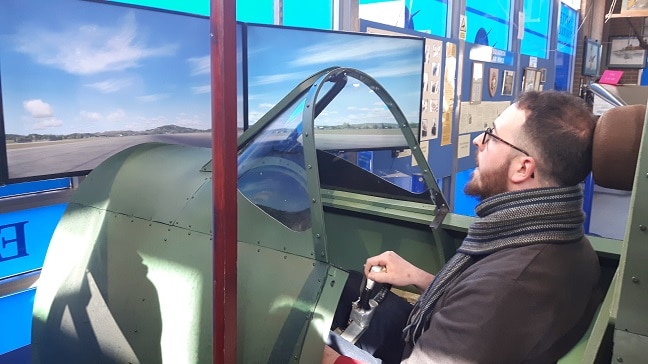 The software is customised to replicate flight in a Spitfire and is so realistic you can release an ammo load and feel the craft become lighter or go into a dive and experience a red out where the blood will have rushed to your head.

The screens depict the craft taking off from Hamilton airport and pilots can fly over the Golden Gate bridge or, if you are brave enough, attempt to land on a carrier in the Pacific.

The software can simulate the flight from Manston but the Kentish landscape is plain with little in the way of landing strip options.

There are around 10 simulator instructors at the museum who will take different slots. Among them is former wartime Spitfire pilot Gerry Abrahams, 95, who served in the RAF’s Bomber Command (75(NZ) Squadron) during the Second World War in Europe.

He flew in Avro Lancaster bombers after retraining from a wireless operator  to become a pilot.

He also flew during the Berlin Air Lift in the Cold War. 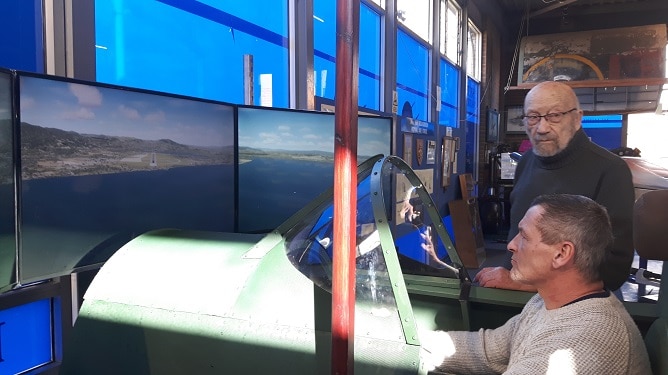 Gerry (instructing above) said: “I have flown Spitfires and this is very accurate. This is really going to help bring the museum to life. It is going to provide an income stream and we have plans for advances in the future.”

The museum is keeping its future plans under wraps although the team confirmed virtual reality is one of the innovations being examined.

The Spitfire simulator will be launched on Sunday, April 1 during an open day at both the Spitfire and the RAF Manston History Museum celebrating the centenary of the formation of the RAF in 1918.

During the open day there will be raffles drawn on the hour with the winner getting to climb in the cockpit and test out their flying skills.

Bookings for the simulator will be taken to start from April 2. Sessions are for 30 minutes, with approximately 20 minutes flying time, and cost £30. An online booking system is being created so visitors can pick their day and time slot. There will initially be 7 sessions a day for six days a week, excluding Monday. 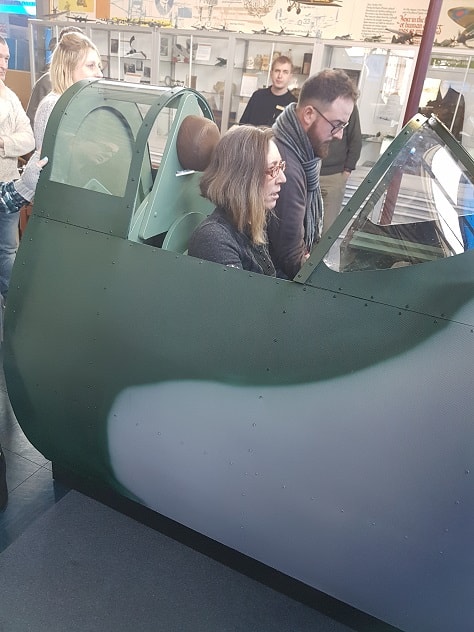 Simulator gift vouchers will also be on sale in the museum shop.

Matt said the hope is the simulator will generate enough money for even further museum investment. He said: “We need about £16,000 a year to cover the donations gap. 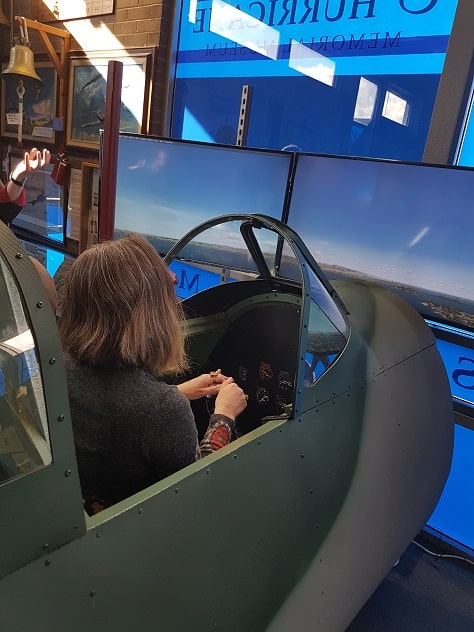 “The money for the simulator was from fundraising so that means the income can be reinvested in the museum rather than just being used to keep the doors open.”

The museum is funded entirely by donations. 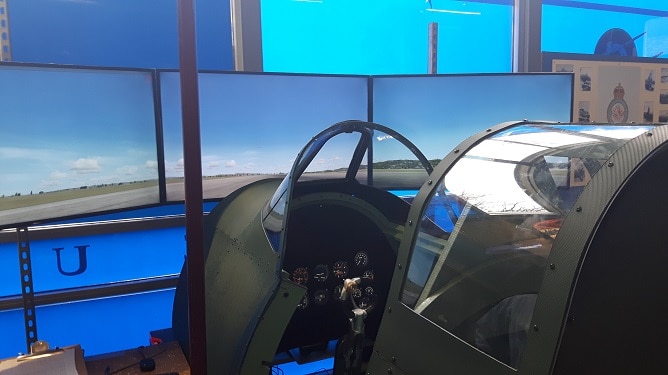 It was founded in 1981 and the first hall, (the Spitfire Hall) costing £35,000, was built with money raised locally. The Hurricane Hall, built in 1989, also owes its existence to support from the community. Since 1989, the museum has remained a free attraction. It does not receive any local or national government grants.