Kent Police says there are dedicated teams in Thanet to tackle child exploitation following fears raised by a Thanet executive head teacher that the isle could see a grooming scandal similar to those uncovered in Rotherham and Rochdale.

Paul Luxmoore, who is executive head of the Coastal Academies Trust which covers five schools in Thanet, says the isle has the same melting pot of deprivation, high numbers of foster carers and residential children’s homes and a large number of looked after children being sent from other parts of the country.

In Rotherham and Rochdale vulnerable children were exploited by gangs who groomed them for sex. In Thanet’s case Mr Luxmoore says looked after youngsters are being targeted by London drug gangs.

He has rejected requests from a London authority to take looked after children as pupils in his schools because he says he needs to force the issue on to the Government’s agenda.

Schools have an obligation to take looked after youngsters on the roll when directed to by the local authority commissioned with the care of the child. But Mr Luxmoore says he has twice now responded to say the King Ethelbert school cannot oblige. The request is then referred to the Education Funding Agency.

Mr Luxmoore said: “We then get to the point where I tell the EFA I do not accept their competency in the matter and will only accept it directly from the Secretary of State. I want the Secretary of State, Damian Hinds, to personally take responsibility and so force this on to the national agenda.”

Mr Luxmoore says he has spent a decade campaigning against the practice of sending looked after children from other areas, particularly but not exclusively London, to Thanet which has some of the most deprived areas in the country.

He said: “It is morally and utterly wrong and if the Secretary of State directs us to do so then the Government is agreeing with a policy to send vulnerable children to one of the most deprived parts of the UK.

“There are massive similarities with Rochdale and Rotherham. In common with Thanet there are huge numbers of looked after children, foster carers and residential homes in deprived areas.

“There is an increase in drug related gangs operating here and they target looked after children.”

Kent Police says there are systems in place to protect the vulnerable but urges people to look out for warning signs of grooming.

Superintendent Andy Pritchard said: “Safeguarding children is a priority for Kent Police and we work closely with our partner agencies including Thanet District Council, Education, Health and Kent County Council Children’s Services to inform, educate and prevent any form of child abuse.

“We recognise Thanet has a high number of vulnerable children placed in care and the vast majority of them are in safe and caring environments. However we share information regularly with partners so that we can all react quickly to any welfare concerns that do arise.

“We know that gangs will target vulnerable people, regardless of their age, across the country and this issue is not unique to Kent or Thanet. Criminals will use intimidation, bullying and violence to maintain control of their victims. However we have effective systems in place to identity those most vulnerable and safeguard them from harm.

“For example. in Thanet, we have dedicated teams that tackle child exploitation, with the help of partners, which makes it more difficult for gangs to establish themselves in the area.

“What is extremely important is for us to continuously raise awareness of this type of activity and encourage the community to look out for the warning signs, which include missing school, receiving expensive gifts, drug or alcohol abuse, hanging out with new groups and a change in their behaviour and appearance.

“Anyone concerned that a child is being exploited should report it and there are a number of organisations that can help depending on the circumstances. For more information visit https://www.kent.police.uk/advice/child-sexual-exploitation-(cse)/spot-the-signs/ or if a child is in immediate danger, dial 999.”

Figures obtained by The Isle of Thanet News in December showed a rise from 193 children placed in Thanet by other authorities in December 2016 to 240 in November 2017.

The numbers could be higher as Kent County Council has to rely on outside authorities informing them of the placements when figures are collated – and this does not always occur.

Of the children KCC had been informed about, 87 were from other Kent districts and 32 were within 20 miles of their hometown.

Children most likely to require school placements are those in foster care as many residential homes provide their own education.

Mr Luxmoore says the practice must be reviewed. He said: “I am not against looked after children, this is about wanting to protect them. Sending vulnerable children to the most deprived parts of the country is wrong. I will continue to whistleblow as a spokesman for the secondary heads in Thanet. I believe there will be a significant disaster in the future if we say nothing.”

The Coastal Academy Trust is made up of Cliftonville Primary, Dane Court, Hartsdown, King Ethelbert and Royal Harbour Academy.

In December, following comments by MP Roger Gale regarding out of area looked after children, a Kent carer told us: “According to Kent Education Department, whilst there are spaces in many year groups in Thanet schools, young people who are looked after are prevented from taking these places up.

“For a young person to be prevented from receiving an education that is legally and morally their right, one may ask what one has to do. Simply become looked after, indeed the threshold to ‘lose’ your right to education is set very low it appears.

“You need to have had a difficult life, suffered abuse or neglect, gone through the trauma of being separated from your family, brothers and sisters and home. Once looked after you apparently lose your right to live in the place best able to support you and your rights to education and a future.”

The view from a Thanet fostering service 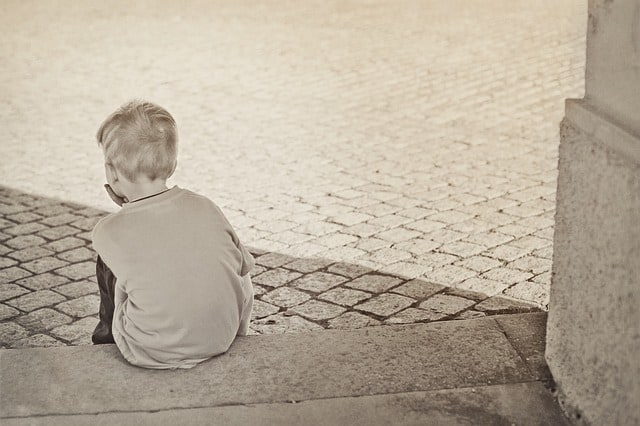 Teresa Morgan, director at Ramsgate-based Family Fostering, said: “We are fully aware of and share the concerns regarding children being exploited by gangs and other forms of exploitation; however we cannot see that refusing a school place is part of a solution. Furthermore a blanket ban to refuse a school placement to every looked after child from out of county is nothing short of discrimination.

“Every child is an individual, with strengths as well as vulnerabilities, and it is their right to receive the best possible care, support and education. We give careful consideration before placing any child and our stringent matching procedure includes full consideration of the wider environment and risk factors that may determine that the location is not suitable.

“It is important to note that the reason children are placed in Thanet is because there is a high number of very experienced and caring foster families. Family Fostering prides itself on recruiting only those who can fully demonstrate the aptitude and resilience needed to care for children who have experience trauma and loss. We are fortunate to have highly skilled, experienced and professional foster carers, among who include a head teacher, GP and specialist in Autism.

“All of our foster carers and staff receive specialist safeguarding training which includes child sexual exploitation, bullying and gang culture. We provide a high level of individual support with highly experienced Supervision Social Workers, who support and supervise a maximum of 7 families. We also have a specialist Children’s Champion supporting our young people and an attachment worker dedicated to providing additional empathic support to our carers.

“Finally, it is important to recognise that looked after children are survivors; often of some of the most horrific experiences imaginable. They should be valued and championed by society, particularly by professionals within social care, education and health services.

“We are very proud of all our young people and the amazing progress they are making in their life journey. One of our most recent care leavers (from another local authority) is currently in her second year at university and another one of our young people, currently in year 11, is studying for his A levels.”