The Theatre Royal in Margate has been placed on the Theatre Buildings at Risk register.

The register, compiled by the Theatres Trust, lists theatres that are under threat of closure or demolition, have lost funding, lack maintenance, or threatened by neighbouring development.

The theatres are rated on the type of risk they face, the quality and significance of the building, whether this is theatrical or architectural, and its importance to its community.

The Theatre Royal is a new addition this year, joining 35 other venues across the country.

It has the second highest rating on the register, just behind the Brighton Hippodrome.

The grade-II listed Theatre Royal had financial difficulties in 2012 but was taken on by Thanet Leisureforce (now Your Leisure) in a temporary arrangement subsidised by Thanet council and Kent County Council.

Thanet council advertised for a new operator in 2014. 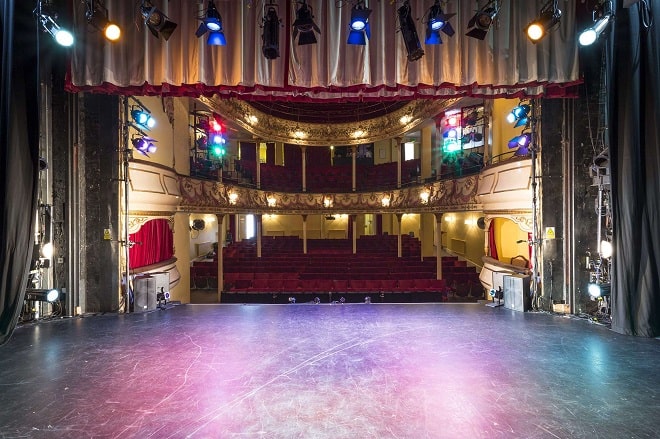 The authority offered a long lease or freehold interest in the theatre, and adjacent buildings at 16a and 19 Hawley Square, to any organisation committed to protecting the historical and cultural significance of the buildings and ensuring the continued operation of the theatre.

Negotiations were taking place with Soho Theatre following Cabinet agreement to dispose of the properties during a meeting in January 2015.

A marketing exercise had been undertaken for disposal and the preferred bidder selected.

Heads of terms have been agreed subject to contract and an announcement is expected in the early part of this year, according to TDC minutes from the December 7, 2017, meeting.

The Theatre Trust says: “The council has identified a theatre operator as a preferred partner to develop proposals for refurbishment and redevelopment. The proposed works include new front of house facilities, improved access arrangements and extended back of house facilities.

“The proposals are innovative in that they create a sustainable model for a charitably run theatre subsidised by a social enterprise hotel, restaurant and bar in the neighbouring building, removing the need for ongoing revenue subsidy.

“However, substantial capital funding will be required to deliver the capital works project that will be necessary to support the sustainable operation of Theatre Royal Margate.”

The capital funding need is the reason the theatre has been judged as at risk. Your Leisure is currently running the venue and has a packed schedule of shows.

The Theatre Royal was first constructed in 1787. It is listed Grade II* and retains its Victorian interior dating from 1874. The adjacent 19 Hawley Square was a purpose-built hotel, dating from 1783.