An Arlington House resident has used his home for the launch of an anti-Brexit ‘installation.’

Wind farm worker Rob Yates commissioned Margate design agency BRYL to create the BLOCKBREX.IT​ sign, which will have LED lighting in the evening, across the entire window of the flat in the high-rise block.

BLOCKBREX.IT is also a​ ​ website where people can play a retro-style game. Players fire European ball-shape  flags at block head politicians who led the country to Brexit. When the player has hit all the blocks a message appears, followed by another politician’s face.

BRYL​, the design agency responsible, said: ​“We took direct inspiration from the tower block to create  something captivating and interactive. Something that would demand attention to the subject matter in more of a fun and playful way than the typical political sloganeering.” 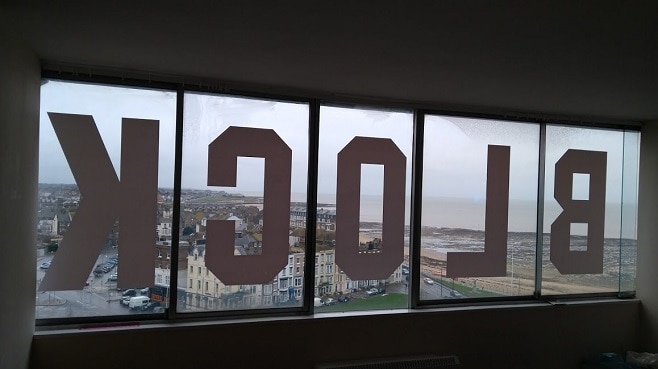 Rob, who moved to Margate from Leeds last year, is hoping for a second referendum. He said: “We may have voted for a Brexit journey, but we never voted on the destination. ​

“I want this art installation to make people think and realise that the conversation isn’t over.”