A show about the famous Goon Spike Milligan is coming back to Broadstairs 15 years after it was first presented.

The zany one-man show, called “Spike Milligan – My Part In His Downfall”, is the brainchild of Thanet resident Jon Carr.

“It’s based on Milligan’s war memoirs with interruptions from Goons,” said Jon “and features a host of characters – courtesy of hats, puppets and assorted vegetables!” 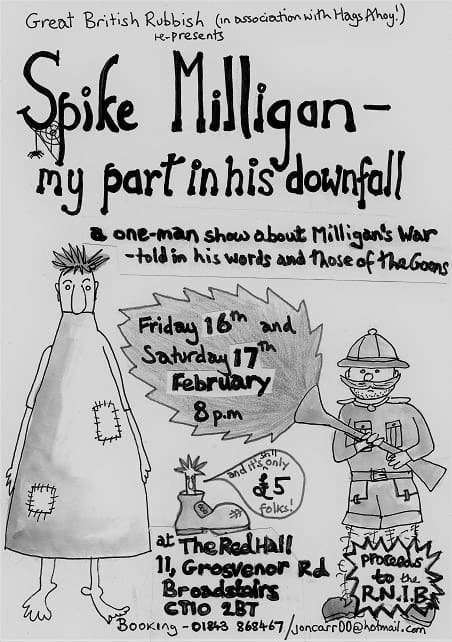 Tickets cost £5 and all proceeds will go to the Royal National Institute of Blind People (RNIB). This is in honour of Jon’s dad who, like Spike Milligan, did wartime service in North Africa. Jon read Spike’s memoirs to his father after he’d gone blind.