Stagecoach has confirmed that the popular open-top service will be back this year and coastal route 69 will operate an extended season starting from the Easter weekend.

A spokesman for Stagecoach said “We’re pleased to confirm that the hugely popular open-top bus will be returning to Thanet for an even longer season. The six week summer season meant that the bus was often quite full and not everyone could enjoy a top-deck view – so this year we’re bringing the bus out every weekend from Easter and every day during school holidays.” 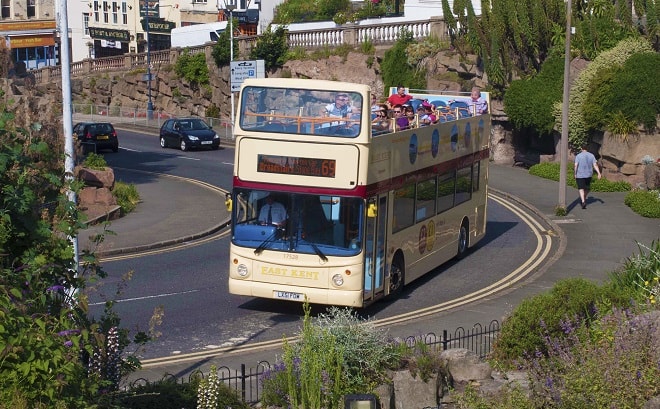 Stagecoach reintroduced the open-top bus service in 2016 after a 25 year absence. The number 69 bus will run the same route as it has for the last two years between Ramsgate Boating Pool and Broadstairs Stone Bay.

The service will operate throughout the Easter weekend from Good Friday 30 March to Monday 2 April. It will then run every weekend (including bank holidays) up to 30 September and daily during school holidays (26 May to 3 June and 21 July to 2 September). The bus will also operate during special event days such as the Dickens Festival and Broadstairs Food Fair.

Stagecoach has published full details of the open-top service on their website https://www.stagecoachbus.com/promos-and-offers/south-east/thanet-open-top

A new leaflet featuring timetable information will be available soon.