The weekend is here again and events on offer include the opening of new Turner Contemporary exhibition Journeys with The Waste Land and music in Margate and Ramsgate, 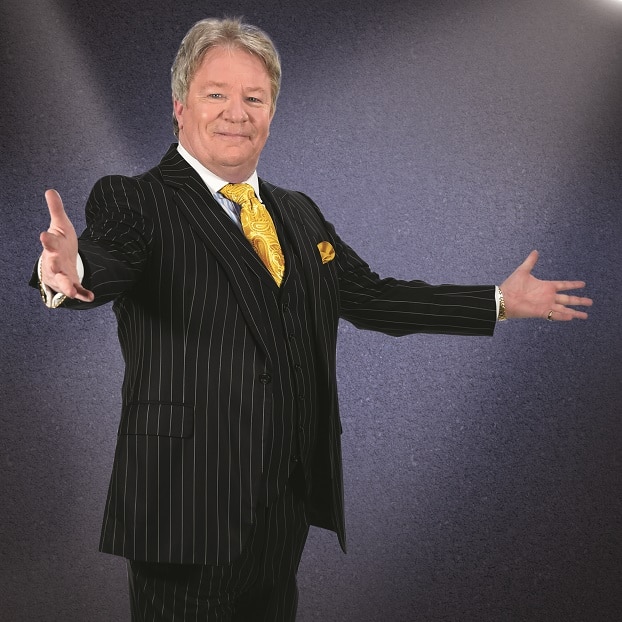 The comedian takes to ‘The Road Again’ with a brand-new show which promises to be as outrageous as ever.

At The Violet Hour 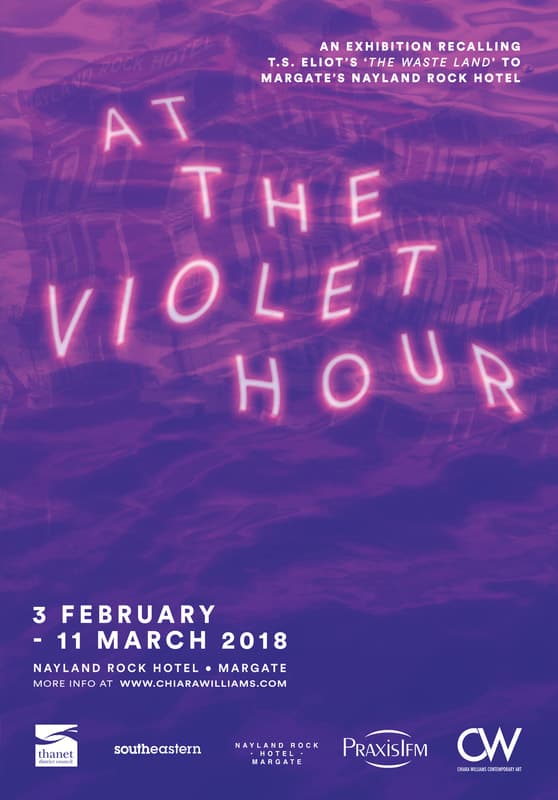 Open 11am-6pm on Fridays, Saturdays and Sundays. Monday – Thursday by appointment only.

National and international artists examine T.S. Eliot’s The Waste Land. With a focus on myth, gender and facets of the self, the artists’ work will re-inhabit and re-animate the empty rooms, spaces and grounds of the Grade II listed Nayland Rock Hotel, Margate.

Recalling Eliot’s own convalescence in Margate in 1921, some of the works in this exhibition will be created during short artist residencies held at the hotel, alongside a number of specially commissioned, site-specific works responding directly to the visual lexicon of The Waste Land against the backdrop of the hotel’s heritage; its faded grandeur, peeling wallpaper and artexed surfaces.

To include a programme of events: talks, performances, tours, and workshops.

When scientists discover how to shrink humans to five inches tall as a solution to over-population, Paul (Matt Damon) and his wife Audrey (Kristen Wiig) decide to abandon their stressed lives in order to get small and move to a new downsized community – a choice that triggers life-changing adventures.

Staff and students from UCA Canterbury Kent will be using the artist book as a means of exploring themes located within The Waste Land by T.S. Eliot written partly in Margate in a variety of different forms from books, zines, and pamphlets to sculptural objects running alongside Journeys with ‘The Waste Land’ at Turner Contemporary.

CRATE will become a curatorial space where books made during the research period for Journeys With ‘The Waste Land’ will be put into context with other experimental works being created by the staff and students in response to the poem and will link with events to be hosted at UCA Canterbury. This series of workshops at CRATE during the four-week period from 3rd February to 4th March will show ways of experimenting using artist book making, as a means of interpreting the poem.

The Waste Land poem by T.S. Eliot performed and read by Dr Ian Jones and the presentation of new material generated through the ‘Different Voices’ project by Staff and Students from UCA, and members of the public participating in workshops Saturday 3rd March

With a nod to Bowie and a wink at The Velvet Underground, Dr Rob & the Radi8ors original material is both muscular and intuitive.

Dr Rob & the Radi8or’s eponymous first album is available from theradi8ors.com. The outfit has worked steadily over the last year, recording a second album, gigging and organised the first annual UNICEF benefit concert at the Broadstairs Pavilion.

Eye Of The Needle

Tim Meacham, Lecturer in Fine Art and Partner College Liaison Officer in the School of Music and Fine Art, presents an installation in conjunction with Journeys with ‘The Waste Land’ at Turner Contemporary.

The work explores T.S. Eliot’s relationship with the mechanical sound recording of the gramophone, making particular reference to its role in The Waste Land in providing the machine mediated sound track of modernity.

A group of artists make connections between the power of a First World War site and impact of the war on poet TS Eliot’s modernist masterpiece.

Award-winning printmaker Dawn Cole, who has work in the V&A’s permanent collection, is known for her work exploring stories from the First World War. She visited Lochnagar Crater in 2015.

Inspired by the dramatic site, the manmade landscape, and the stories behind it, she has brought together a small group of artists from Margate to visit the battlefield site, draw connections with TS Eliot’s poem, and make new work as a response. The artists are a diverse group, from different backgrounds and with different practices.

Lorna Dallas-Conte has a fascination with colour and an interest in traditional craft skills. Her work looks at transformation, manifesting energy, and honouring the sacred. As a commended creative business adviser and academic she combines the different strands of her work together seeing their totality as her practice. She has exhibited in London, Surrey and Kent and is a published researcher.

Dan Thompson is an award-winning social artist and writer. Thompson was commissioned to make new work for the first Estuary Festival in 2016, exhibiting alongside John Akomfrah, Jeremy Deller and Adam Chodzko. In 2015 he published a complete history of Stoke, from the Ice Age to thirty years in the future, told through stories he collected on one road and partly inspired by The Waste Land.

Graham Ward is a painter, working in egg tempera and acrylics on board. His work is based on sacred themes, and is strongly influenced by pilgrimages to Santiago de Compostela. Ward studied illustration in Manchester and painting at Stoke. He has exhibited widely in the United Kingdom and Europe, with solo exhibitions in London, Edinburgh, Paris and Berlin.

The exhibition is open every day except Monday from February 3-28. On weekends, a forgotten cellar under the gallery will also be open, with more site-specific work on show.

The artists plan to continue to work together, with a view to holding a further exhibition in 2021, the centenary of Eliot’s time in Margate. For more information and to follow the project as it unfolds, visit fromwastelandtowasteland.co.uk

Set over one summer, The Florida Project follows precocious six-year-old Moonee as she courts mischief and adventure with her ragtag playmates and bonds with her rebellious but caring mother, all while living in the shadows of Disney World. Willem Dafoe (Antichrist, Murder on the Orient Express) gives his best performance in years.

Guided tour of the historic, Grade I listed church, which can trace its history back to 1062.

Journeys with The Waste Land

An exhibition three years in the making by a group of up to 60 members of a voluntary research group opens at Turner Contemporary.

Journeys With The Waste Land is a striking combination of historic and modern art exploring poet TS Eliot and his work The Waste Land.

Almost 100 objects from more than 60 artists responding to elements or themes within the poem.

The celebration of TS Eliot and The Waste Land involves some 30 separate exhibions and events around Margate.

LIVIN’ LARGE is Margate’s new Hip-Hop party for all those who love classic music from Hip-Hop to Soul, R&B to Funk. Brought to you by the teams behind the UK B-Boy Championships, Meeting Of Styles &Olby’s Soul Cafe & Music Rooms. 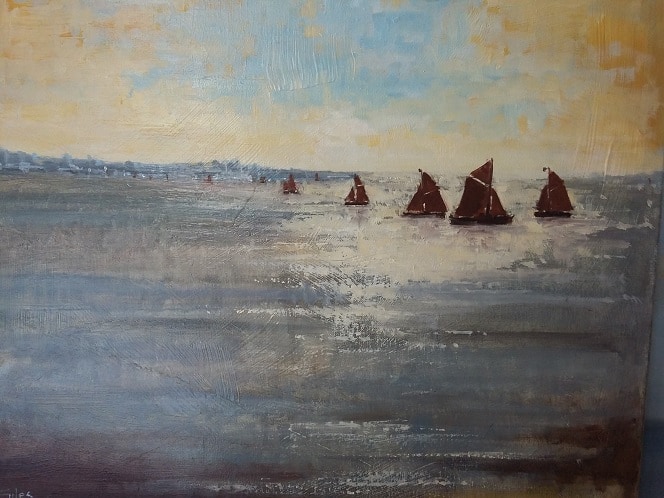 Opening event February 3, 2pm – 4 pm. Meet the artists who have created work especially for this exhibition

Lombard Street Gallery presents ‘On Margate Sands’ – an exhibition featuring new artworks by five resident artists in response to T. S. Eliot’s epic poem ‘The Waste Land’ and his association with Margate. It opens on Saturday 3 February at 11am. Meet the artists Anthony Giles, Claire Gill, Nick Kelly, Ruth McDonald and Chris Snow who will be in the gallery between 2pm-4pm and learn about their respective journeys and the work they have made especially for this exhibition.

Open: Tuesday to Saturday 11am to 5pm 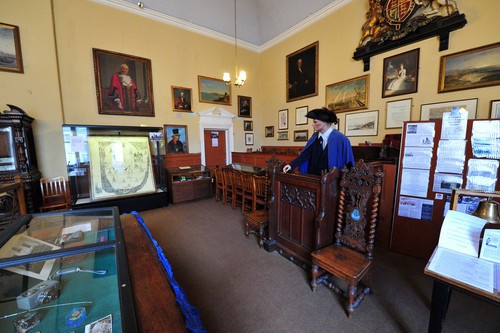 A temporary exhibition at Margate Museum giving a flavour of Margate in 1921 when T.S. Eliot visited and wrote part of The Waste Land. This exhibition delves into the museum archives to explore themes such as employment and post war trends with both local and national impact.

Open from 10am to 5pm every day except Monday, unless it is Bank Holiday Monday, The museum is also seeking new volunteers to help, especially with this project.

The museum is also hosting Prison, Palace artist installations in Cells 1 and 3, during the same dates.

During the exhibition (Tuesday, Thursday and Friday) the ground floor cells will be open outside of museum opening hours (with donations admission.)

Sława Harasymowicz’s mixed-media artwork from her residency at Margate Museum explores the materiality of language in T.S. Eliot’s The Waste Land in a site-responsive intervention. Juxtaposing the biographical, the fictive and the museum itself – once a town hall, a police station, and magistrate’s court – the work is a form of scenario which re-considers tensions between memory and absence.

Sally Waterman: In The Cage

A collection of works forming one of the exhibitions dedicated to poet TS Eliot and his work, partly written in Margate, The Waste Land. 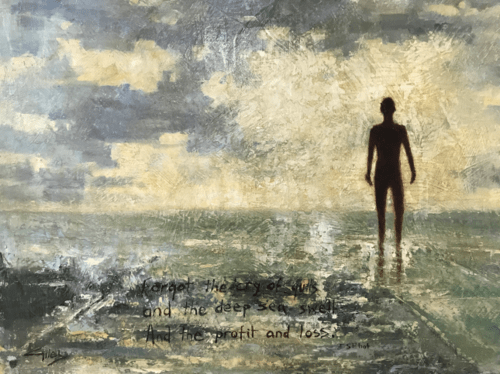 An intimate exhibition of oil paintings and sketches celebrating The Waste Land by T.S. Eliot in the comfortable surroundings of Margate’s Proper Coffee House. All works for sale.

Award-winning Margate artist Anthony Giles paints large and powerful paintings using the methods of the Old Masters, with glazes and beeswax impasto. For this exhibition Anthony has expanded upon his usual techniques, drawing influence from T.S. Eliot’s poem The Waste Land with an eclectic mix of original works in oil and acrylic to emphasise the gritty essence of this important poem.

Theatre Royal, February 3 at 7pm and February 4 at 4pm.

Inspiration Inclusive Youth Theatre will perform a tale that takes the audience back in time.

The Memory Box, being staged at the Theatre Royal Margate, tells the story of a stressful house move that leads to the discovery of an old keep-sake box.

Join the cast on a journey back the Second World War and find out if the truth is discovered?

Meet by Ramsgate library, 10am

Relive the dark days of the war in the heaviest bombed seaside town in the country. Hear the stories, visit the places.

The tour takes approximately 2 hours and is free with donations welcome.

No need to book. Dogs and children welcome.