Thanet will feature on an ITV programme being screened tonight (January 30).

Britain’s Favourite 100 Walks, with presenters Julia Bradbury and Ore Oduba, features the walk from Ramsgate to Broadstairs, including Botany Bay and some incredible sand art by Ross Andrews.

Based on the results of the largest survey ever conducted into the UK’s hiking habits, the top 100 have been voted for by more than 8,000 walking enthusiasts.

They are joined by walking experts, nature aficionados and members of the public with extraordinary stories to provide a vivid insight into the hikes, the history and the hidden stories behind the trails. 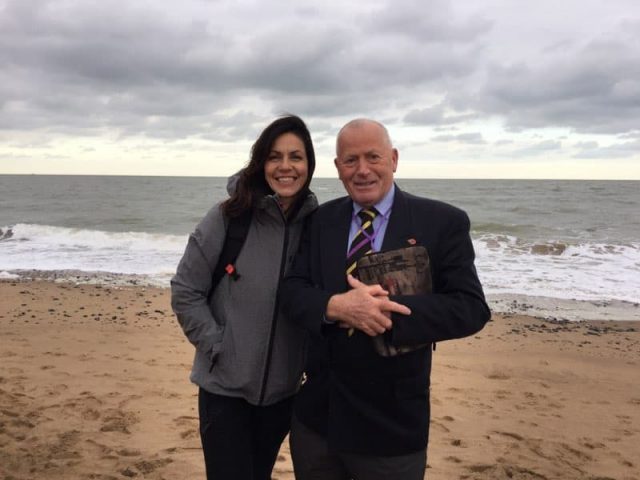 The crew filmed in Thanet last November where they were joined on the Ramsgate to Broadstairs route by residents including Ramsgate mayor Trevor Shonk.

Cllr Derek Crow-Brown, Cabinet Member for Corporate Governance Service at Thanet council, said: “Our distinctive coastline continues to prove extremely popular and regularly features on TV and in film. To be included in such a high profile rundown as voted for by people with a passion for walking is incredible. The walk from Ramsgate to Broadstairs takes in the  beautiful Botany Bay with its stunning views of white cliffs and chalk stacks.

“Being featured on tonight’s show can only make a positive contribution to Thanet’s popularity as a destination. Our district wouldn’t feature even half as much as it does without the dedication of our film officer, who works alongside production crews to facilitate filming and ensure Thanet is shown in the very best light.”

Watch the one-off episode on ITV at 7.30pm