An epic challenge to ride through 35 countries, across five continents, has been undertaken by Broadstairs adventurer Sam Johnson.

He set out in April last year after selling up everything including his home. He has so far travelled the vast deserts of Kazakstan, camped on the roadside while bears approached the tent in Transylvania and endured 12 days getting across the Caspian Sea. 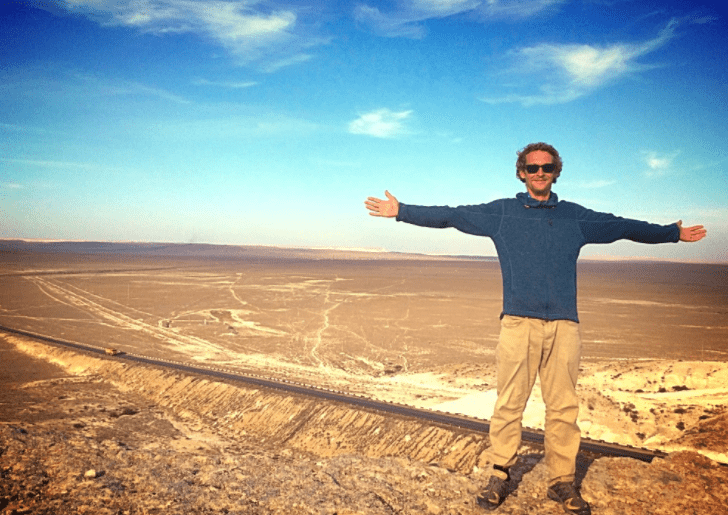 The 32 year old has pedalled 11,000kms through 17 countries to date, despite having no biking experience. He is living on a £10 per day budget, which means a lot of camping and cooking by over the fire!

He said: “Despite having no previous biking experience, apart from playing around on mountain bikes as a child, I’m finding that not only am I enjoying it but it’s not as hard as I thought it might be. Sure, at times it’s been tough but overall, I’m surprised at how quick the kilometres roll past. 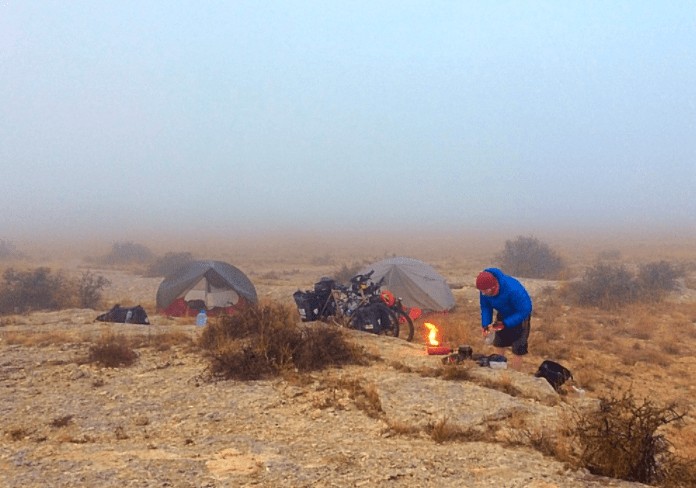 “As I’ve chosen to attempt the trip in a self-supported style, meaning I camp on the side of the road most nights and prepare and cook my own meals, it means I can travel cheaply too which, with a maximum budget of £10 a day, is pretty helpful.

“Each day has brought new experiences. In Kazakhstan, the vast deserts in the West took me five days to cross and I barely saw a single person, only the local camel population kept me company. The sunrises each morning are something I’ll never forget.

“In Turkey, I witnessed first-hand the amazing hospitality that its people are famed for, with daily offers of food and water and numerous invites from locals to stay the night or have a much-needed shower. 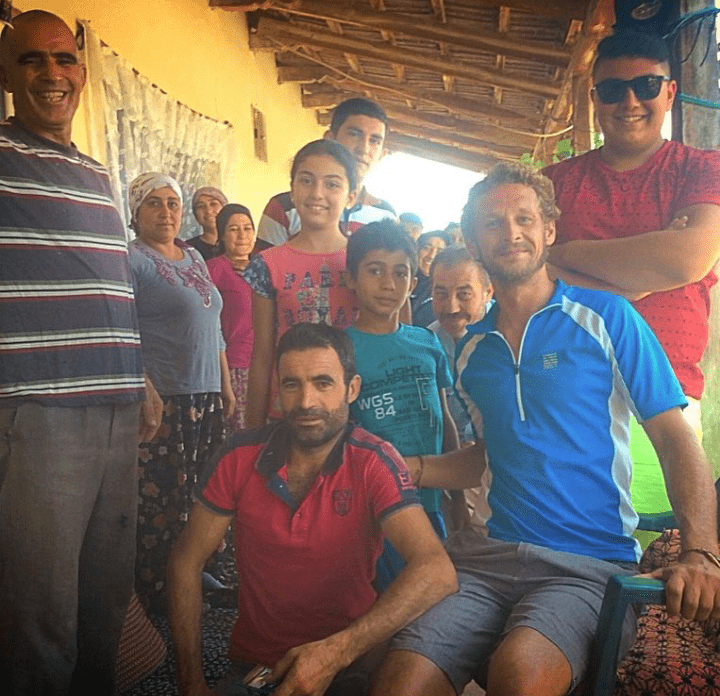 “Some experiences weren’t so enjoyable, like camping in Transylvania and listening to the bears approach the tent in the dead of night or, thanks to the weather, taking 12 days to cross the Caspian Sea, a journey that normally lasts just two. But whether good or bad, each experience just adds to the overall adventure.

“Along the way I’m often asked why I chose to attempt such an adventure. In truth, there are many reasons. For one, I’m addicted to the thought of the challenge and finding out whether I’m capable of completing such a trip. I’ve also been obsessed with travel for many years now, having given up a conventional life in the UK back in 2011, selling close to everything I owned – house, car etc – to pursue travel full time. 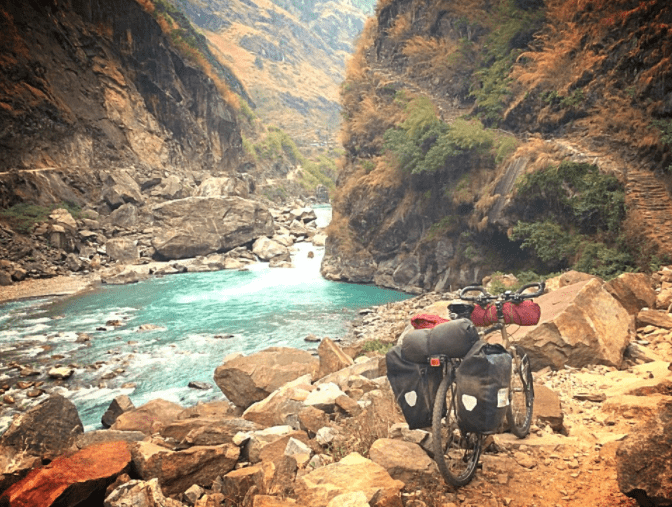 “But one of the main reasons behind jumping in the saddle was I believed, after spending so much time “taking” from the world, that it was time to give something back. The challenge of cycling the world gave me an opportunity to do just that by raising awareness and vital funds for a charity who’s work, I believe, helps make the planet a better place, UNICEF. I’ve set myself the target of raising £50,000 by the time i get back to the UK, a big ask perhaps but one I think is doable.

“Right now, I’m in Nepal, having just come back from a side trip cycling the world renowned and highly rated Annapurna Circuit over the Christmas period. Next up I’ll be heading to Thailand where I’ll carry on through south east Asia before arriving in Australia. 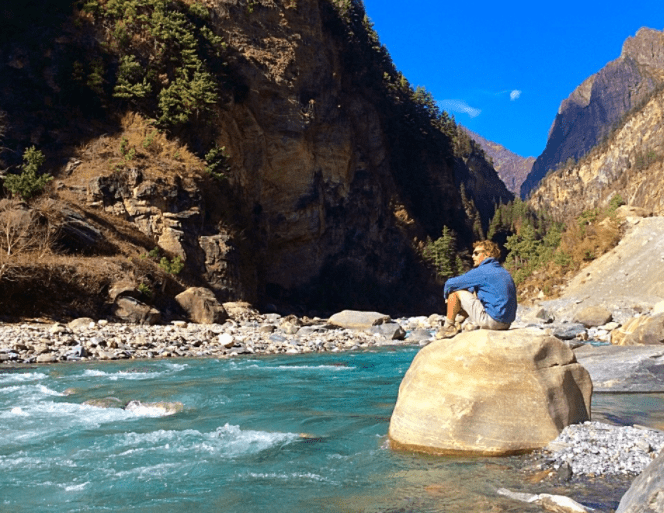 “After that, I plan to cycle up through South American into Central America and on up the west coast of America until I reach Canada.

“From there, I’ll turn east and start working my way back to Europe, arriving home, if all goes to plan, sometime in 2020.

“In total, it’s a journey of more than 50,000km and I’m sure many more challenges lay ahead, but I’m feeling more than ready to face them.” 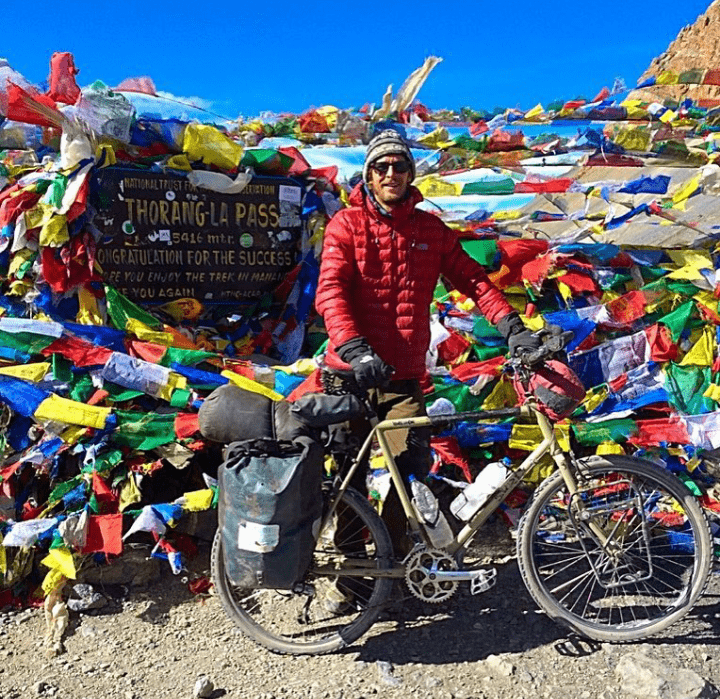 To find out more and stay up to date with Sam’s adventure through regular blog posts and videos from the road, visit his website www.pedalingtheglobe.com or connect with him on Facebook, Instagram or twitter simply by searching each platform for Pedaling The Globe or hitting the links on the website. 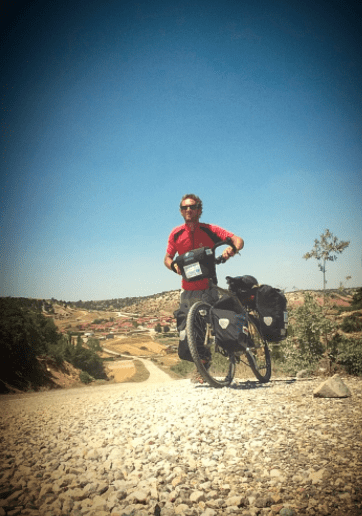 If you’d like to donate and help Sam achieve his target of raising £50,000 for UNICEF UK, then you can find all you need to know about how you can do it at www.pedalingtheglobe.com/donations

UNICEF promotes the rights and wellbeing of every child. It work in 190 countries and territories to translate that commitment into practical action, focusing special effort on reaching the most vulnerable and excluded children.

The charity promotes girls’ education, acts so that all children are immunised against common childhood diseases, and are well nourished: works to prevent the spread of HIV/AIDS among young people, relieves suffering during emergencies, and wherever children are threatened.