Thanet’s first ‘house in a box’ has been constructed in Acol.

The property in Plumstone Road, next door to the Gothic Revival St Mildred’s Church, was built by factory robots and arrived in three, 40-foot containers. It took ten days to construct the shell to the waterproof stage. Work is now taking place to add electrics, furnishings, fittings and final touches. It is expected to be finished in 6-8 weeks.

And what arrives on site is not just the shell. The house in a box includes the kitchen, carpets, fixtures and fittings, plus internal and external decoration.

The structure comes via Barnard Systems, which has a base in Dover, with the house materials shipped in from the Duowei Union Group of Beijing.

The homes are factory made with the robots producing 40 per day. No element of the build is weather dependent because of the production line method and costs to the buyer are known up front.

The frames are made of light gauge steel, which is a substitute for traditional wood stud framing but is cheaper, quicker to build and is super strength – built to withstand earthquakes and severe storms. Insulation is also commonly much thicker than in a traditional brick build. 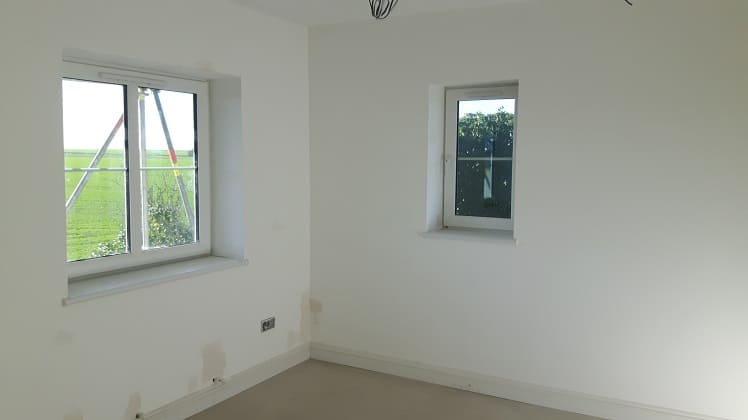 The properties can be produced for all markets – from affordable housing to high end homes –  and can be extended simply by creating another slab foundation and ordering the specification you want.

All properties reach the level 5 code for sustainable homes, which covers standards for areas including thermal performance, air tightness and ventilation.

Each home is created with a design drawing, followed by software modelling, manufacture and then checked and tested before it leaves the factory. The foundation slab for the property has to be in place before it can be constructed.

The work onsite for Barnard Systems’ first build in Acol is being carried out by local firms such as WW Martin, Westwood Scaffolding and Thanet Waste. 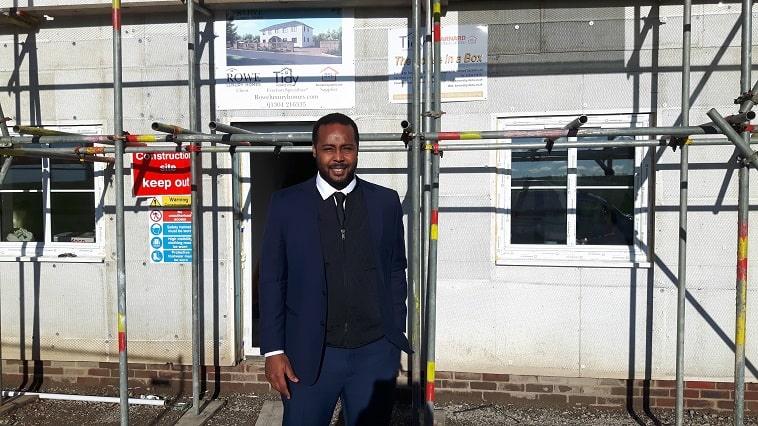 Robert Najem (pictured), Commercial Director at Barnard Systems Ltd, said there has been local interest, including from developer Quinn Estates.

He said: “This system lends itself to both affordable housing and high-end housing, it just depends what is incorporated into it.

“Interested clients include local authorities, developers and people who want to build just one house.”

He added that costs are site specific, dependent on how easy the required plot is to access and what model and size home is being ordered.

Mr Najem says the steel framed prefabs will be the future of construction and his firm is hoping local colleges will look at training people to adapt to the trade.

He said: “There will be a need for people, in the software modelling and carpenters who can transfer their skills to steel work.”

Duowei Union Group has confirmed the supply of 5,000 houses to Barnard Systems in the next 12 months.

Find out more from the firm via its website.