An email has reportedly been sent to all Thanet councillors pledging an amendment to the status of the Manston airport site in order to get the Local Plan voted through on Thursday (January 18).

The message, reportedly from chief executive Madeline Homer, says the amendment would mean site proposals for mixed use development would be deferred for two years.

Thanet’s Draft Local Plan – a blueprint for housing, business and infrastructure up until 2031 – will be voted on by Full Council on Thursday (January 18)

The plan sets out how much development is needed to support the future population and economy. Transport, employment and infrastructure -such as roads, schools and GP surgeries – are also examined in the plan.

Consultation was carried out last year on revisions to the plan, including axing the aviation-use only designation at Manston airport which was shut down in 2014.

But the change of status for Manston has become a sticking point, with the possibility that it may cause the plan to be voted down.

The aviation-use only clause was part of the isle’s last valid local plan which was adopted in 2006.

But Thanet council say the authority commissioned AviaSolutions report, published in 2016, concluded that “airport operations at Manston are very unlikely to be financially viable in the longer term and almost certainly not possible in the period to 2031.”

They say there is no evidence to support retaining the aviation-only designation and have earmarked the land as a site for 2,500 homes.

A mixed use plan has been submitted to Thanet council by Stone Hill Park, which owns the Manston site. The plan is for up to 4,000 new homes over 20 years; a new hi-tech manufacturing business park; a new country park and a state-of-the-art sports and leisure village.

But RiverOak Strategic Partners, which aims to reopen the airport site in a £300m project to create an air freight hub with passenger services and business aviation, and airport campaigners have criticised the Avia report for  having “basic factual errors and questionable methodology.”

They require the aviation only designation to stand. RSP is currently carrying out consultation and plans to lodge a Development Consent Order with the government which would allow a CPO of the land.

The issue has divided councillors who are due to vote on the Local Plan with many, including those in the UKIP administration, said to be considering rejecting it because of the axing of the aviation only status for the airport site.

In response the email from the chief executive is reported to tell councillors there would be “a number of serious consequences for the council and the community” if the plan is voted down, including the risk of Central Government stepping in and taking over the process, meaning a greater number of homes being built on the isle.

The message says a decision to reject the Local Plan without proper grounds also runs the risk of Judicial Review on the basis of irrationality, bias or predetermination.

Councillors have been told that legal advice on how this could be avoided has been sought. 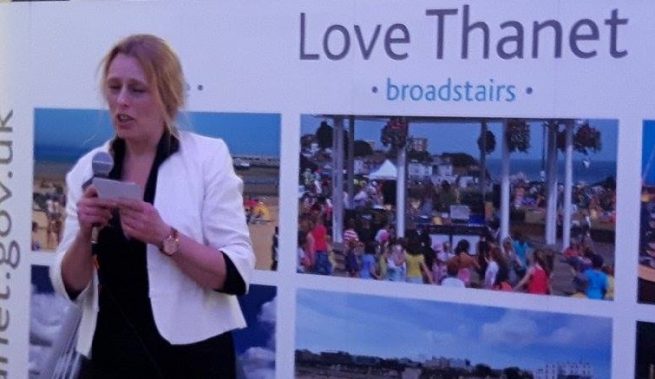 The email from Madeline Homer says: “The advice is, it could be achieved by deferring the mixed-use designation pending the resolution of the DCO process. The deferral would be for two years, the rationale for this is that the Inspector needs to balance the interest of all parties in respect of the site and the Inspector must be sure the provisions within the local plan do not prejudice delivery of housing as it relates to the required 5 year housing supply.

“This deferral would also allow any other interested parties to pursue the operational use of the airport through agreement with landowners or through becoming an indemnity partner as part of CPO process with the council.”

The revised proposal would read; ‘That subject to the inclusion of the following in relation to the Manston Airport site: The site proposals are deferred for a period of two years. In the event that a DCO or CPO supporting aviation use is accepted within that two years (or the landowner operates a commercial airport at the site within that time) the allocation specified in this policy will not take effect. The council agree that, after the Publication period, the draft Local Plan be submitted to the planning Inspectorate for Examination.’

The overall figure for the isle could rise to more than 20,200 homes following a threat of government intervention issued in November by Secretary of State Sajid Javid, from the Department for Communities and Local Government. He said the failure of Thanet and 14 other authorities to meet deadlines to put a local plan in place meant the government may serve notice of its intention to intervene.

This would result in the higher housing target due to government proposals to standardise the way local authorities work out housing need.