The long journey to East Sussex proved worthwhile for the Thanet squad and those hardy spectators who made the trip. They were rewarded with a bonus point win after a feast of rugby between two adventurous and well drilled sides.

David Lemon was not available for selection as he awaits an operation and Danny Clement was again ruled out by injury. However with Neil Wakefield and Stuart Plumridge both starting and Jay Morbey and the redoubtable Brad Teall on the bench, it was a strong looking side that faced the wind as Lewes kicked off on a bitingly cold afternoon.

Warren Riddell-Broomfield caught and carried play back into the home half before good handling set position for a series of pick and goes and Kieran Wright sealed the powerful forwards’ try and a 5-0 lead after two minutes. The young lock forward has developed rapidly this year running good lines and tackling hard. 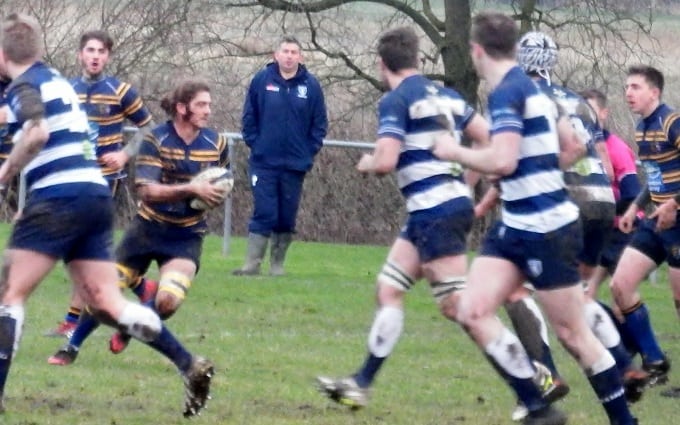 Lewes quickly hit back with a penalty soon matched by one from Nick Herbert for Thanet before the hosts drew level with a try from their inside-centre. Minutes later they went ahead through a further penalty before Lock Adam Gaddes finished off more good close handling and a powerful drive to notch another try for the pack and make it 13-11 for Wanderers.

Despite the absence for ten minutes of Charlie Knight in the bin Thanet went further ahead with a second Nick Herbert penalty to make it 16-11 for the visitors at the end of a frantic first quarter. There was no respite for the scoreboard operator as Lewes quickly ran in two converted tries  exposing some uncertainty in Wanderers defence set up. Now trailing 25-16 Thanet responded in the best possible way with a try for Nick Herbert after slick handling along the line gave him a sight of the scoreline and he powered over before adding the conversion. 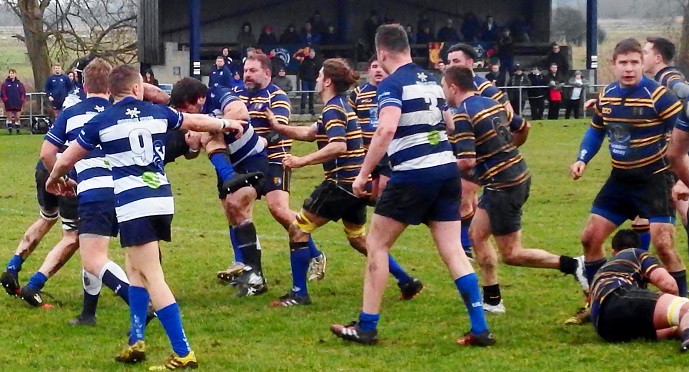 Props Joe Carlier and Jay Sanford punched big holes in the home defence and Knight looked to be over as Thanet closed in on a fourth try for the bonus point but it was finally Gaddes’ long arm that stretched out to touch down and give Wanderers a 28-25 lead at half time.

Late in the first half after another valuable contribution Wakefield had to withdraw with a calf injury with Teall’s power added to a reshuffled front row that soon brought Toby Rayleigh-Strutt into the hookers position.  Stuart Plumridge made way for Morbey at outside centre. 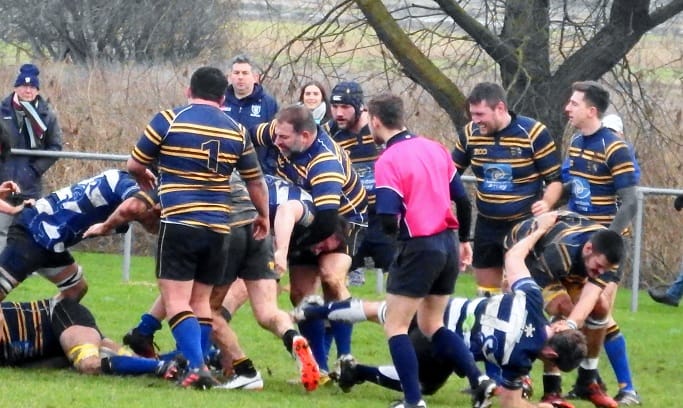 Possession was kicked away early in the second half and ten metres were added to a Lewes penalty for unwise comments to today’s excellent referee. The resultant line-out was however stolen and an attack built before quick handling between Knight and Herbert ended with Morbey adding a third try for the season against Lewes after two at home. Lewes fought hard to retrieve the eight point deficit and Wanderers defence was again outstanding. Captain Brett Scott led an excellent back row defensive performance with Andy Letts and Riddell-Broomfield but eve they could not prevent the hosts’ next try.

Breaking from their own half with a deft chip and a quality offload out of Henry Mirams’  great tackle the Lewes scrum half scored possibly the best try conceded by Wanderers this season. The conversion meant Thanet had just a single point lead  but as Lewes pushed for a decisive score two penalties were conceded and Herbert adjusted his kicking boots to slot them both and make the final score 39-32.

Reflecting on the match Head Coach Tom Carlier praised his side’s concentration and stamina particularly in a first half played with very few set piece breaks. Lewes have a very good home record and Wanderers were happy to open 2018 with a five point win there. The half back pairing of Lewis Stone and outside-half Zac Ward was at the heart of much of much of Wanderers’ dynamic team performance and veteran full back Tom Longdon again turned back the years but today’s man of the match was Adam Gaddes.  He capped a storming performance with two tries to claim his second MoM of the season. 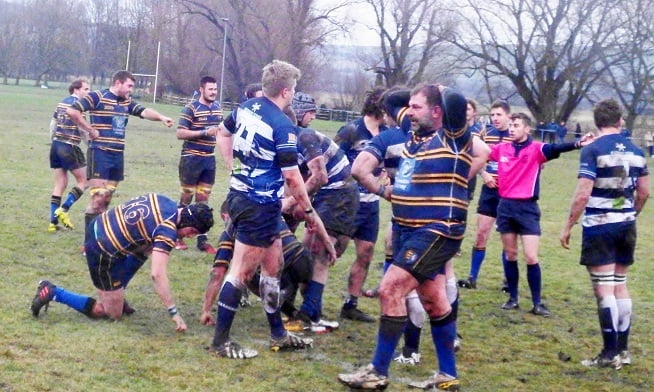 Wanderers are at home next Saturday to Park House. (Kick Off 2.pm) The Bromley side ran an injury hit Thanet close in the away fixture and have hit a good streak of form recently. All support welcome.

In addition to his full time role with the England RFU and his many activities on and off the field for the club, Thanet Wanderers stalwart Peter Macaulay has been busy organising a promotional video, Welcome to Thanet Wanderers.

Peter enrolled the assistance of Drone flyer Jack Smith who has given freely of his time to produce an exciting and novel view of Thanet Wanderers from on high. The three and a half minute Youtube video features a commentary from club vice-chairman and first team player Andrew Letts, plus a message from Cary Wright on how he and his family have been warmly welcomed into the Thanet club since moving to the area three years ago.

Wanderers Director of Operations, Gerry Doyle, facilitated access to the club for the shooting of the video which it is hoped will attract older teenagers and adults of any age to return to the sport or give it a try for the first time. Training sessions are held throughout the week and contact details are provided on the video.

View the video on the club Facebook page at https://www.facebook.com/thanetwanderers