Wanderers U9s, under head coach Anthony Allen, provided a curtain raiser to the match with an excellent display of their skills before providing a guard of honour for both sides as they took to the field.

Wanderers made five changes from the side that defeated Bromley last week with Danny Clement injured and Andy Letts and Nick Herbert unavailable. Zac Ward, Henry Mirams and Sam Rolfe returned to the starting 15 and it was good to see Neil Wakefield back on the bench.

A good crowd braved the icy weather and saw the visitors make a spirited start requiring some strong tackles from Thanet’s defence as Sheppey’s big runners looked to break the defensive line. When Sheppey conceded a penalty on their 22  Rolfe gave Wanderers a three point lead after eight minutes. 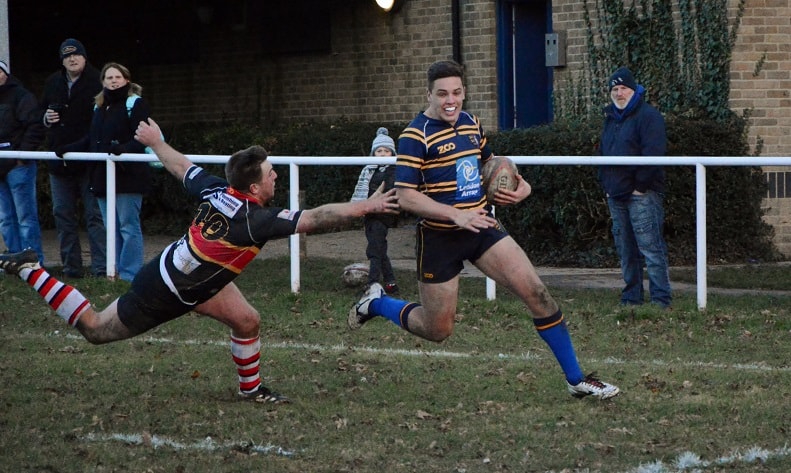 On the quarter hour mark Charlie Knight dispossessed an opponent and set an attack that was moved smartly across to Mirams on the other wing who finished well. No conversion but Wanderers led 8-0. Sheppey had been using the powerful runners to good effect and three minutes later went over for an unconverted try and should have drawn level shortly after when a  straightforward penalty was pulled wide.

The pack was reshuffled when Adam Gaddes had to withdraw through injury with Wakefield on for the first time since he was injured in September. A second try for Mirams followed a powerful scrum and again good handling among the backs gave him space to beat defenders and make it 13-5. David Lemon made good ground after catching the kick off but in a well contested final ten minutes of the half both sides were unable to complete promising opportunities.

Thanet’s defence had come through a testing half well with the back row of Brett Scott, Ethan Wright and Lemon racking up a high tackle count and combative scrum half Lewis Stone’s effort to halt a big runner was particularly memorable. 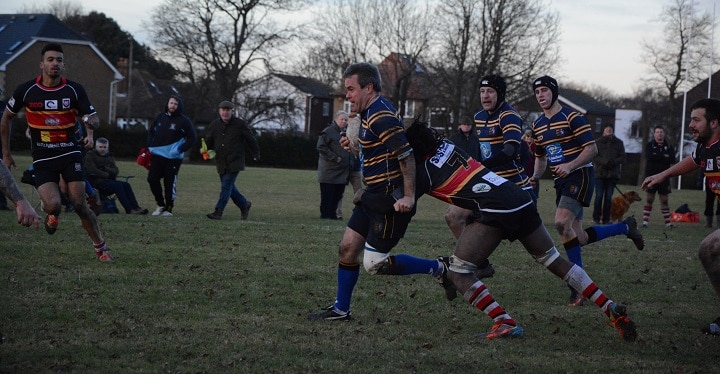 There were signs late in the first half of improved fluency and some good rugby was rewarded within five minutes of the restart. Good work from Wakefield and assured handling resulted in Rolfe in a first start at outside centre, touching down before converting well. A bonus point beckoned and first Ward threatened before Wakefield secured a turnover. A penalty for a high tackle took Wanderers to twenty five metres out. Knight broke strongly, once again the ball reached Mirams and he completed a notable treble, spinning away from tacklers before touching down wide right. Rolfe’s conversion was excellent and Wanderers led 27-5 with the try bonus point secure. 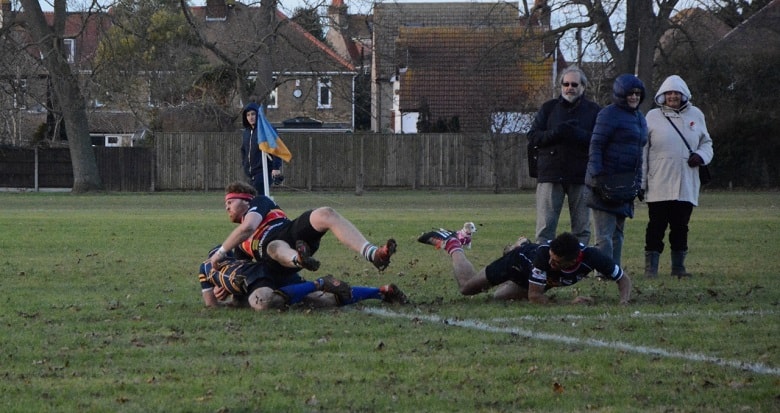 A Sheppey penalty was run back with interest by Scott and it looked as if Peter Macaulay would score but he handed on to Toby Rayleigh-Strutt who twisted and turned his way over for a maiden first team try. Rolfe made it 34- 5.  Reece Hougham now took over from Mirams on the right wing and immediately went close after a good break.

Five minutes remained when Charlies Knight capped a good day’s work with  a fine try. Gaining possession in front of the Clubhouse he outpaced and overpowered would be tacklers before scorching along the in goal area to finish under the posts. Ward was not going to be left out of the teenage scoring spree and his try was a fitting conclusion to the game as he bested a tiring defence for the seventh try and a 46-5 final score.

Gary Hingley was again in charge of the team today and after the match he praised the way the team stuck at it against a much improved Sheppey team before moving onto the front foot in the second half. It was essentially a team effort but once again Vets Tom Longdon and Peter Macaulay played important roles. The two props put in big shifts with Jay Sanford and Joe Carlier playing the full eighty minutes against powerful opponents. The Wright twins improve with every match they play and today Kieran was outstanding in the second row where he shouldered much resposibility after Gaddes was forced off. He was the coach’s man of the match