Secret surveillance by Thanet council has resulted in a £400 fine for a fly-tipper.

The council took the action after repeated fly-tipping and waste dumping on land next to the A299 between the St Nicholas and Monkton roundabouts. 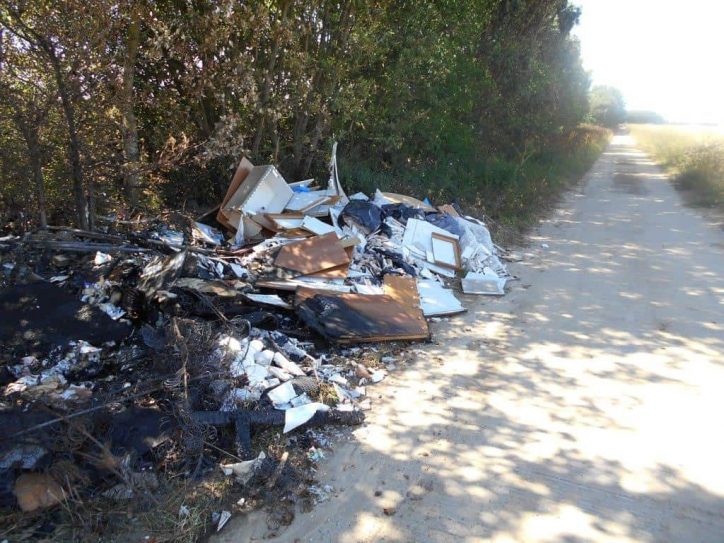 On  September 14 a pile of waste was dumped at the site. Through the RIPA powers the council’s Steetscene officers were able to trace the hired van used in the incident, and the driver through the vehicle rental business owner’s assistance.

Following an interview under caution, a Fixed Penalty Notice of £400 was served on the offender and an early payment was received.

This is the first successful result through covert surveillance, with more cases currently being investigated.

Cllr Lin Fairbrass, Cabinet Member for Community Safety & Environmental Services said: “Fly-tipping is completely unacceptable and will not be tolerated. The council will pursue anyone guilty of dumping rubbish, and we will prosecute them.”

“We work hard to create a clean and welcoming environment for all those in Thanet and will enforce these efforts through all means available.”

“Everyone needs to be aware that waste and rubbish must be disposed of legally. If you pay someone to take your rubbish away, you must use properly registered waste carriers otherwise your illegally fly-tipped waste could be traced back to you and you will be fined.”

You can report littering, fly tipping or other environmental offences online  at: https://www.thanet.gov.uk/your-services/recycling-and-rubbish/report-an-issue/fly-tipping-and-litter/

Alternatively you can email Streetscene.Enforcement@thanet.gov.uk or report incidents using the MyThanet App.

The Regulation of Investigatory Powers Act 2000 (RIP or RIPA) is an Act of the Parliament of the United Kingdom, regulating the powers of public bodies to carry out surveillance and investigation, and covering the interception of communications. It was introduced to take account of technological change such as the growth of the Internet and strong encryption

The 2016 Investigatory Powers Act, which takes in RIPA powers alongside a raft of new measures, means Ripa can only now be used if criminal activity is suspected. The bill has been nicknamed the Snooper’s Charter by privacy campaigners.