The RSPCA Thanet branch is appealing for information after a snake and its vivarium were found dumped in Ramsgate last night (December 14).

The reptile, believed to be a Kingsnake, was found by Zowie Johnson,a member of the Missing Dogs and Strays group, during a hunt for missing bulldog Nancy.

The snake and tank had been left at the base of cliffs between the harbour and the Westcliff beach.

A spokesman for the Missing Dogs facebook group said: “Last night while out looking for Nancy, a missing bulldog, one of our members on MDST found this snake and vivarium on the beach. 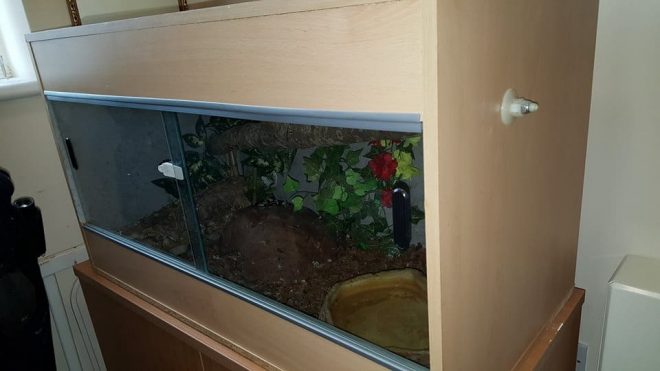 “Who could do such a despicable thing? The snake would have died in such cold temperatures. Someone must recognise if not the snake then the vivarium.” 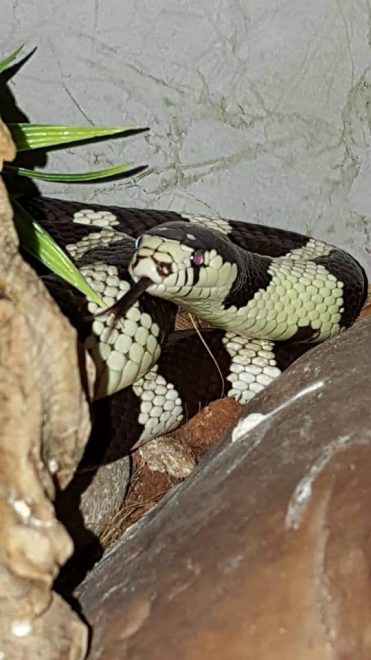 The RSPCA Thanet branch would like to hear from anyone who has information about the snake’s owner.

Centre manager of RSPCA Thanet, Clive Martin, said the snake, which is about 5ft long, is in good health.

He added: “We are seeing more and more exotics going through the system now. This is because more people have them as you do not need a licence and can just go in the pet shop and buy them. The trouble is, they are quite specialised and not easy to look after.” 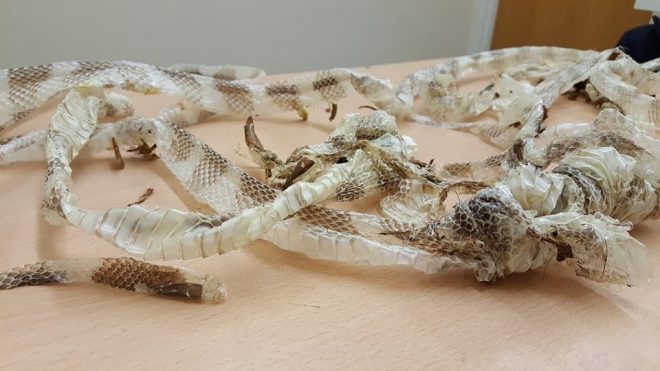 Mr Martin said there were five skin sheddings in the vivarium and this was unusual as generally owners would clear them away.

They can be messaged on the facebook page here or call 01843 826180 if you have any information. You may need to leave a message if you call. 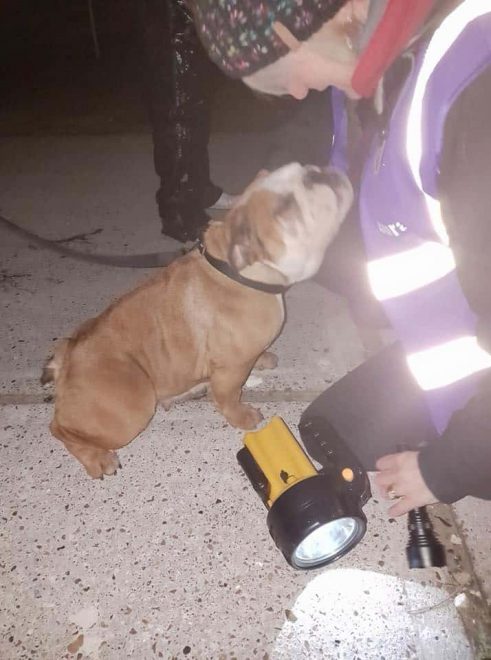 Nancy, who had slipped her collar during a walk on Ramsgate beach, was spotted by a sharp-eyed teenager. The dog had become stranded in an alcove after high tide and was rescued after someone waded in the water to get her.