Thanet council is investigating Kingdom litter officers after the authority was sent photos of the staff apparently dropping cigarette butts on the floor in Margate.

Enforcement officers were photographed on several occasions taking a break in the alley by the Mill Lane car park. A complaint was then made about piles of cigarette butts in the area.

The pictures were sent to Thanet council’s Cabinet Member for Housing and Open Spaces Rev Stuart Piper who has asked the authority to investigate.

He said: “I was sent the pictures of enforcement officers congregating in the alleyway and then of the area full of cigarette butts. 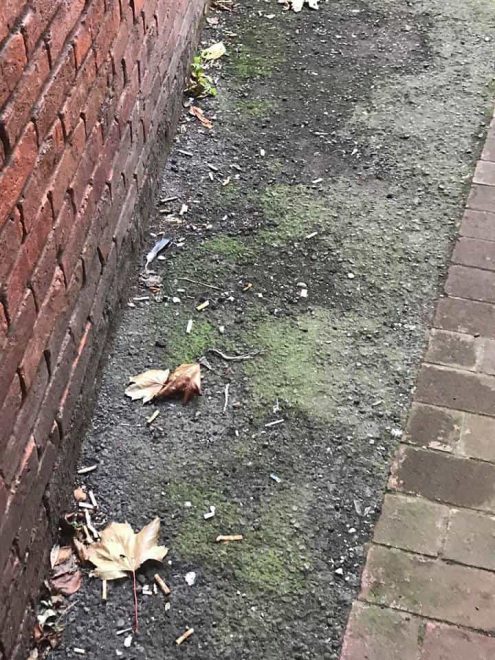 “The pictures were sent to me by a concerned member of the public, especially in light of the council’s prosecution of 19 people for littering offences. I sent them forward for action to be taken.”

A Thanet council spokesman confirmed that the incident is to be investigated.

They said: “The council has a zero tolerance policy to dropping litter in public and is extremely disappointed to have learned about this incident.

“Working with enforcement agency, Kingdom – who operate the litter enforcement contract on behalf of the council – an investigation will start immediately, and all options will be considered including discipline, a fixed penalty notice being issued and removal of the staff from the contract.’

“We would like to provide reassurances that this matter is being taken very seriously and a thorough investigation into the incident will take place.”