The restaurant was based at the Old Kent Market on Margate’s seafront during this Summer but has now taken on bigger premises and new staff.

Tom brought his Vietnamese delicacies to Thanet after selling his restaurant in Shoreditch. He brings with him more than a decade of experience of cooking in the Kingsland Road, known affectionately by locals as the Pho Mile because of the array of Vietnamese food shops. 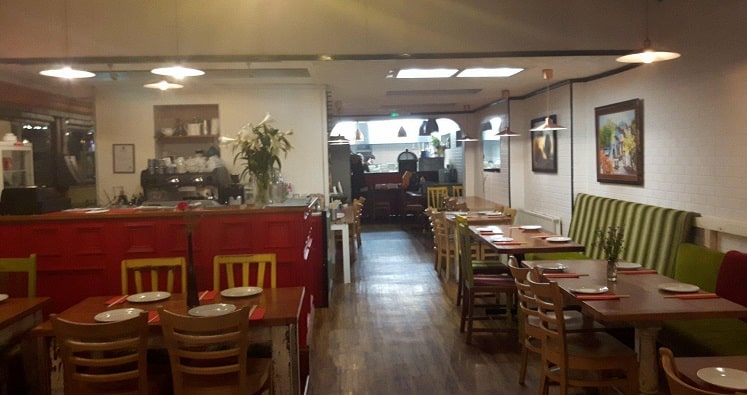 Tom moved to Margate two years ago after he and his partner fell in love with the town while visiting friends.

Tom said: “We have friends here and visited every Summer for about seven years. We liked it so moved down after selling the restaurant.”

While at the Old Kent Market, Tom met Tracey Breen who runs  Breens’ sweets store at the site. Tracey, who has 40 years’ experience in the catering trade, is now Tom’s front of house manager – while still running Breens.

At peak times there are up to eight kitchen staff, including chefs Wayne and Paul, and there are two more front of house workers. 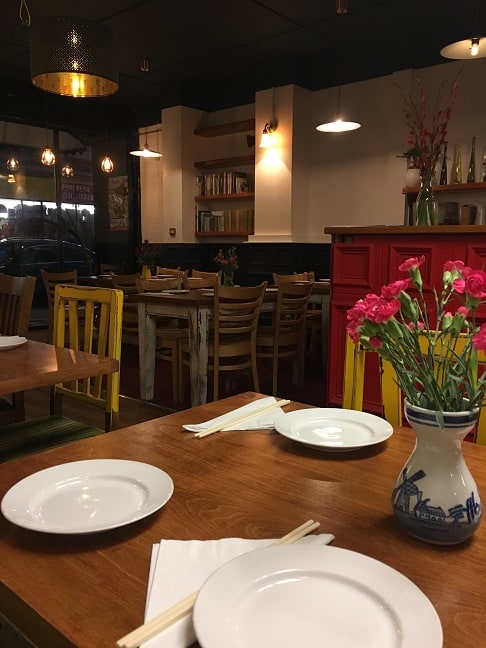 The property has been completely refurbished with a plasterboard wall removed to reveal an ideal space for Tom’s bookshelves and an open galley kitchen moved to the rear of the premises.

Wooden tables and chairs, brass hanging light fittings and simple vases and flowers make for a clean but pleasing arrangement. 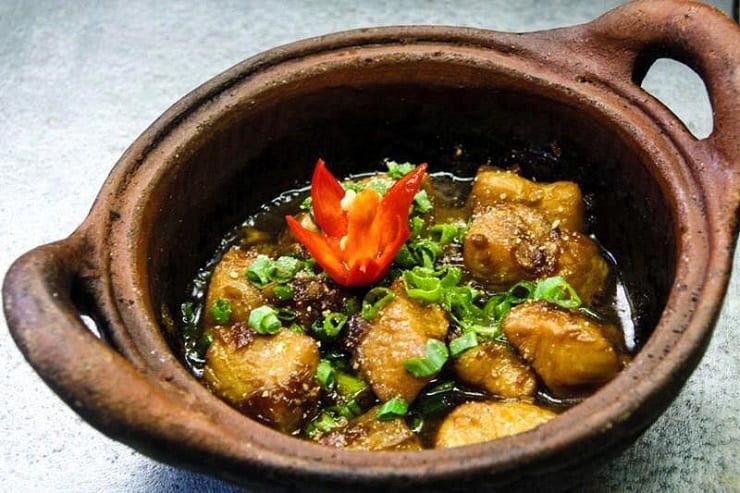 But the most important thing is the food. I went along with my partner and it was the first time we had eaten Vietnamese food, and it was a revelation. In fact it was so tasty I kept tucking in before taking the photos!

Everything is cooked from scratch, all the products are local from the fish, to the meat and vegetables, and then oriental spices and herbs are thrown into the mix. 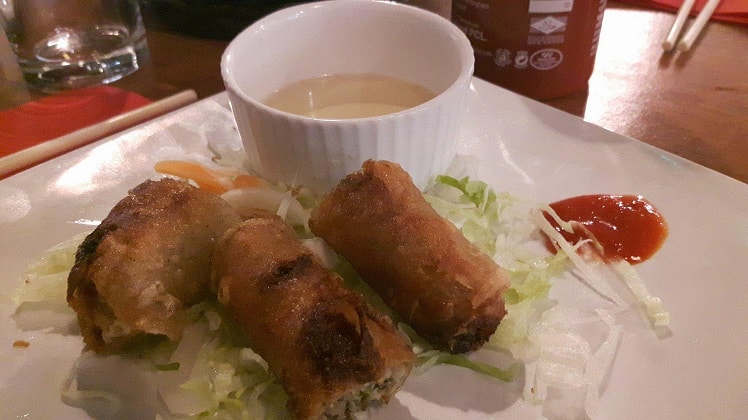 We started with Vietnamese spring rolls with fish sauce. They were packed with taste. The we shared salt and spicy cod. The presentation was amazing and the taste was even better. Because I couldn’t decide what I wanted we ended up sharing another main dish – beef in Mongolian sauce. 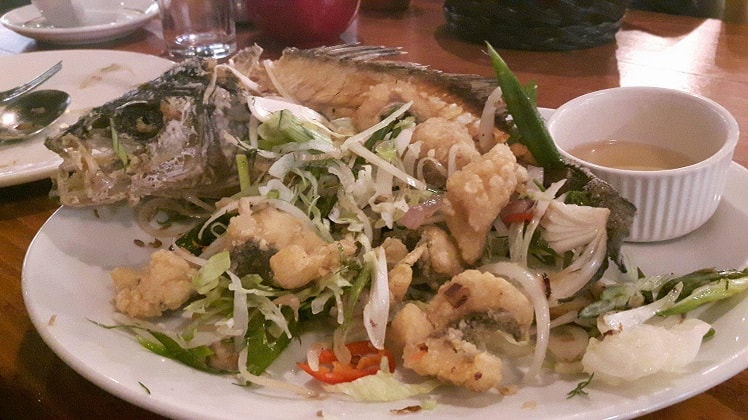 I don’t think I have ever tasted anything like it. The sauce is a type of gravy but it has so much flavouring, and extra heat if you want to eat the chillis. It was served with rice and on a bed of lettuce and tomatoes and was simply one of the most amazing things I have ever eaten. 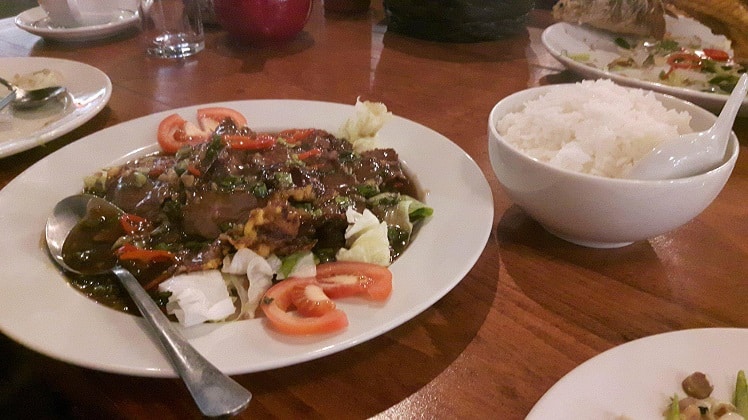 There are plenty of other choices on the menu – I may have to go back and try them all – including the speciality PHO noodle soup. 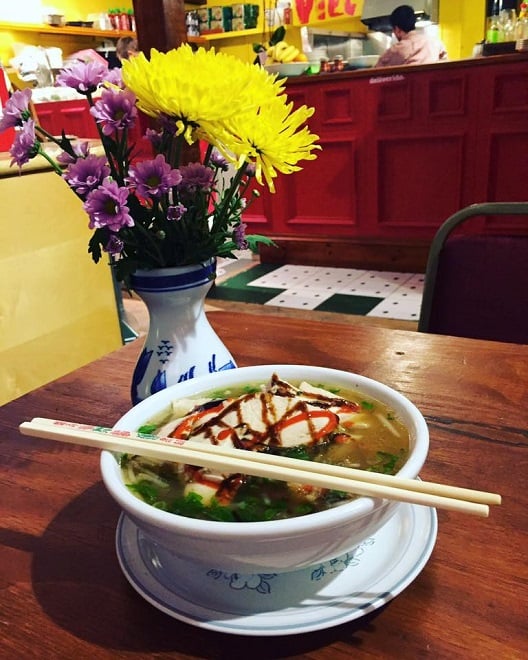 Tom says his mission is to bring a new flavour to Thanet – and it is already proving a hit.

Tom said: “We were quite busy straight away. People followed us from the Old Kent Market and there are also a lot of people here from East London who are familiar with Vietnamese food.

“Now we want more people to come here – Margate – from everywhere to try our food and see everything on offer here.”

Tom is hoping to launch a takeaway service in the new year. The restaurant already does some takeaway meals for locals who come and collect but this should soon expand to include delivery in the three towns.

Give your tastebuds a new experience by trying out Viet Vibe – the food is fantastic, the prices are reasonable and the service is brilliant too,

Open 7 days a week from noon until 11pm