Dreamland received the ‘royal’ seal of approval on Saturday (December 2) from ‘Kate and Wills’ who enjoyed a fun-filled family day at the opening  of The Frosted Fairground.

The lookalike royal family was spotted taking full advantage of their annual membership, experiencing the park’s various attractions, including ice-skating and the vintage rides, and sampling some of the contemporary street food on offer. 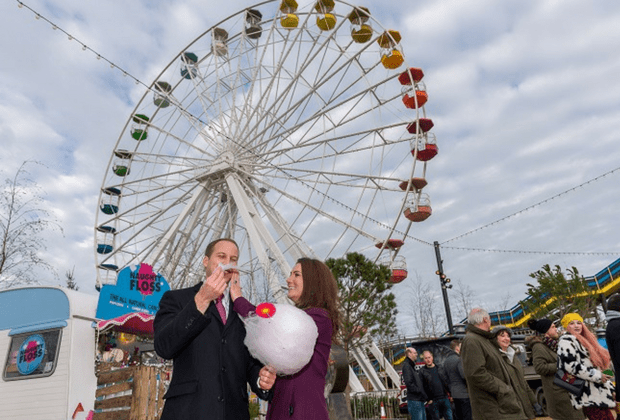 ‘Princess Charlotte’ and ‘Prince George’ even met Father Christmas at the park’s festive grotto and were presented with gifts, while expectant ‘Kate’ affectionately watched on. 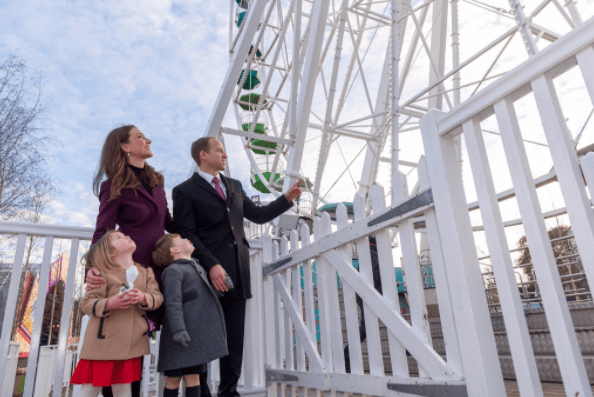 While at the park, the ‘royals’ expressed their excitement at the recent announcement of Prince Harry’s engagement to actress Meghan Markle, wishing the newly engaged couple the best of luck. Wills also took the time to check out The Cinque Ports and Ziggy’s Rooftop Bar as venues for Harry’s stag do! 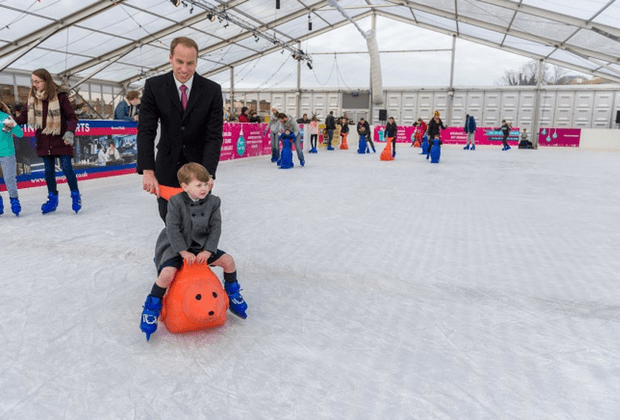 Jennie Double, Commercial Director at Dreamland Margate said: “We’re really excited to welcome the ‘royal family’ to Dreamland, especially as this marks a very special year for us, following the complete re-landscaping of the park that took place earlier in the year. They are some of the first visitors to see the park transformed into The Frosted Fairground and set foot on the real ice rink and have given it the ‘royal’ seal of approval.

“Any family with small children will understand the magic and wonder that Christmas sparks and know that it can be quite a challenge to entertain little ones in the run-up to the big day, I’m sure Wills and Kate will be no exception, especially as their family grows! The Frosted Fairground at Dreamland is a great family day out and is open throughout the festive period so we hope to inspire all families, including the real royals, to enjoy all the park has to offer.”