Doing marathons through the night in central London, whilst dressed as Elvis Presley and surrounded by all sorts of interesting characters, was another. Travelling to Glasgow and back in 36 hours to go to a Richard Ashcroft concert was an experience, given that I didn’t sleep a wink during the entire time. Thank heavens the concert made up for it.

Over this weekend, I did another challenge which I was entirely talked into by an effective marketing campaign. This campaign was nothing more than a poster that I saw back in the summer. Simple as that. It was a poster that advertised a 5km run for Pilgrim’s Hospice. In December. Dressed as Santa Claus. 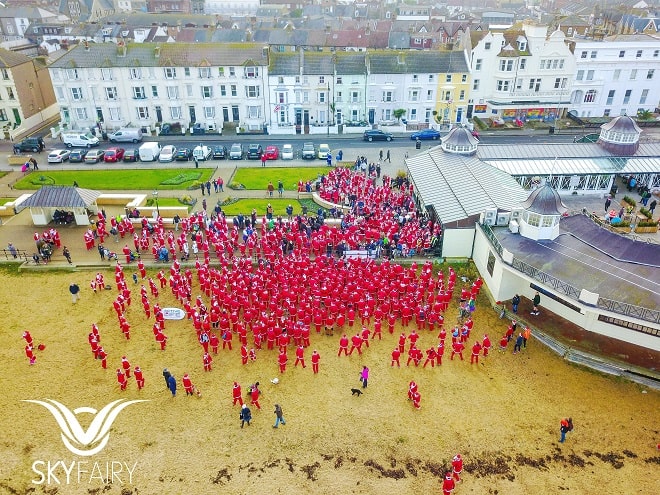 The moment I saw the poster – the moment I saw it – I knew that I wanted to do it. Well, I wasn’t going to run. I don’t do running, except from the bank manager and the tax man. I was with my pal Di, who often encourages me in this escapades, at the time, and she caught my eye as soon as I’d seen it. She knew what I was thinking and wagged a finger in my face.

“No!” she said sternly. “Absolutely not. I’m not doing it, and neither are you. It’s in December, and you’re wearing a Santa Claus outfit. No, no, no, Matthew.”

So we both found ourselves dressed as Santa Claus today (December 3) ready to do the run. It’s how these things go. Di and I were determined not to follow the norm of just wearing the Santa outfit without any amendments. When we do fancy dress, we want to make an impression. 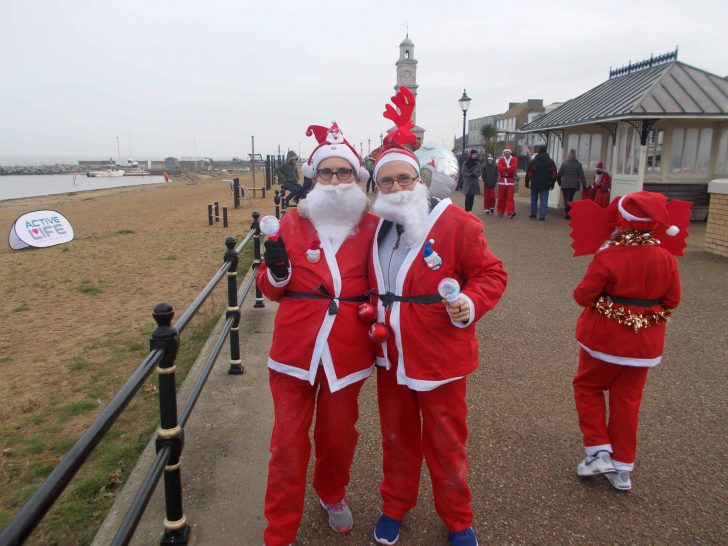 As you’ll undoubtedly spot, I’ve put on quite a bit of padding round the middle; I’m undoubtedly back to the size I was at my largest and then some. The cushion stuffed up my jacket certainly reminded me of how uncomfortable I felt when I was larger, and made me equally determined never to put it back on. But I digress.

The rest of our eclectic outfit was made up of helium balloons attached to our belts, a signing hat for Di, spinning coloured whirring devices that served no purpose other than to whirr and buzz noisily, badges that flashed randomly, and antler headgear that gripped my head so tightly it left indentations. 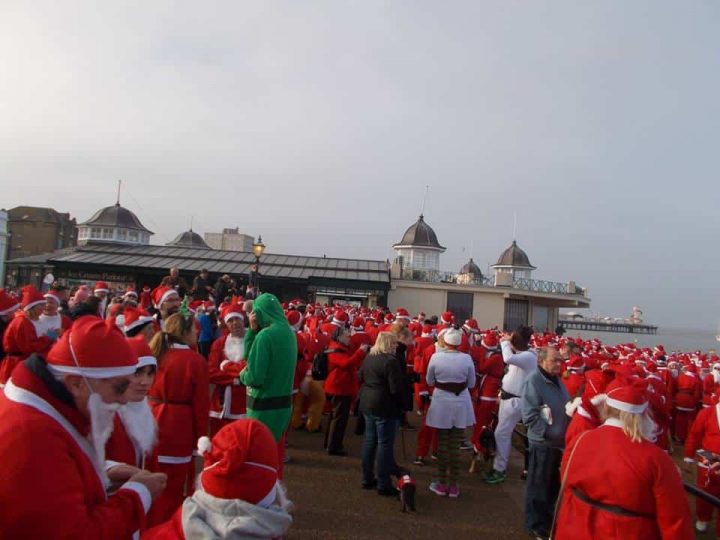 And you know the best thing about it? We weren’t the most outlandishly dressed there! Blow up reindeer, elves, snowmen, Elvis-style Santas, and so much else were in evidence. However, if there was a category for “most expanded waistline”, I know we would have won by a mile; the cushions were big.

So, I spent a Sunday morning in the cold and drizzle dressed as a very eccentric Santa Claus alongside 700 others, and you know what? I was so glad that I was suckered into the challenge. Same time next year!